Family and friends remember the 31 people with the Wichita State football team who died 50 years ago in a plane crash in Colorado's Rocky Mountains. 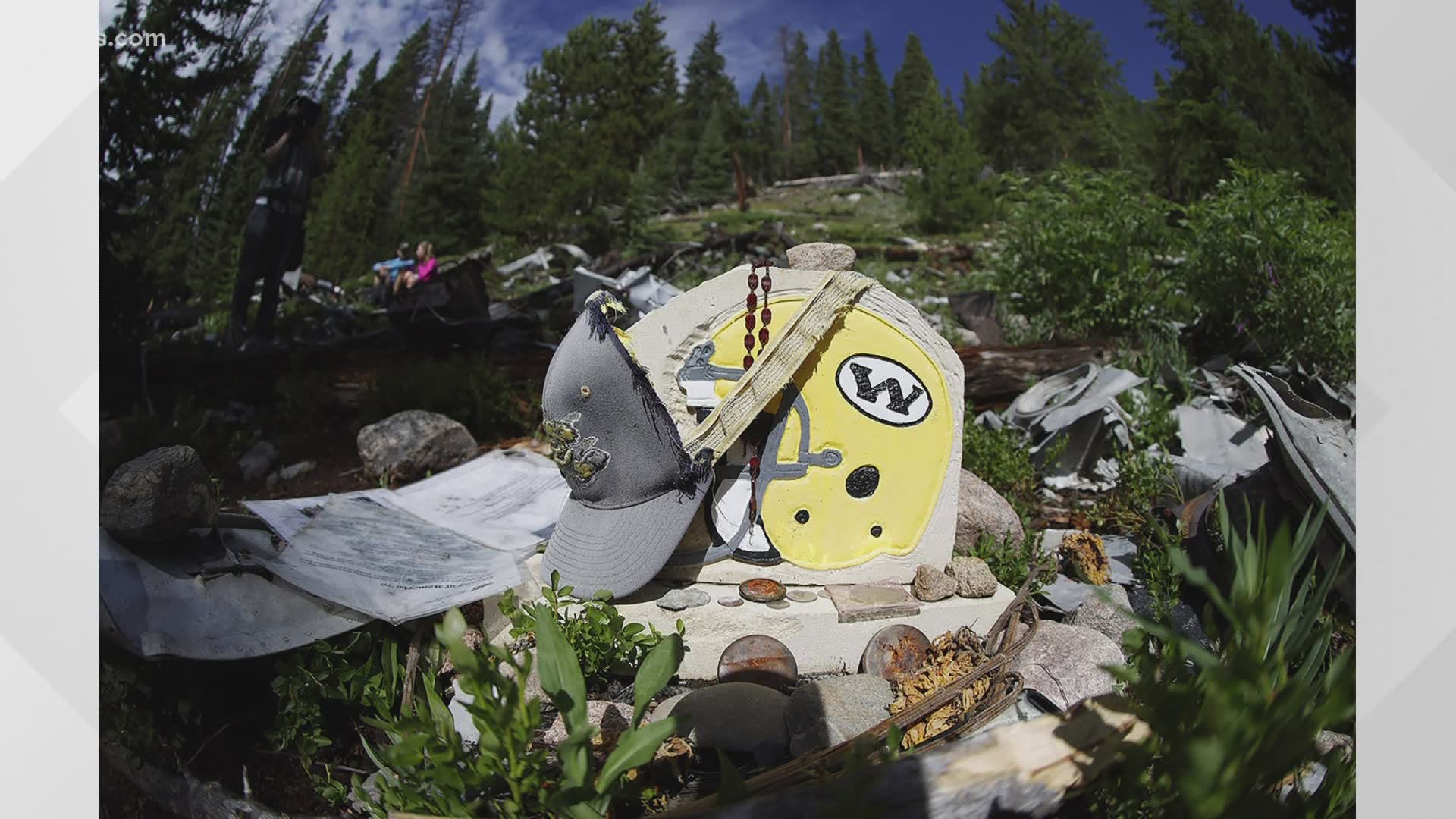 LOVELAND, Colo. — It's been 50 years since a plane crashed near Loveland Pass claiming 31 lives of the 40 Wichita State University (WSU) football team players, boosters, coaches, administrators, trainers and crew members on board.

Over the years survivors and loved ones of the deceased have taken the steep climb to the 11,000 feet to the crash site on the south side of Mount Trelease to remember those lost on Oct. 2, 1970.

“I took the attitude that maybe I was given a second chance that day,” said Mike Bruce, an offensive tackle who was one of only nine survivors of the crash in an article from Associated Press. “I owed it to them, to those who didn’t make it, to do the best I can and be the best I can.”

Credit: AP
Teammates, family members and friends visit the crash site of an airplane carrying members of the 1970 Wichita State University Shockers football team near Loveland Pass Monday, July 27, 2020, west of Silver Plume, Colo. Wreckage from the plane, which was one of two being used to take the Shockers to play a football game against Utah State University in Logan, Utah, is still scattered on the mountain top nearly 50 years after the crash close to the Eisenhower Tunnel. (AP Photo/David Zalubowski)

There were two planes on there way to Utah State for a game, according to WSU — the "Gold" plane and the "Black" plane.

> Photos from WSU of many hikers that have trekked to the Memorial '70 crash site, high atop a Colorado mountain.

The possible cause of the crash, according to the 1970 report of the National Transportation Safety Board (NTSB), is that the pilot made improper decisions in-flight or during planning:

"The intentional operation of the aircraft over a mountain valley route at an altitude from which the aircraft could neither climb over the obstructing terrain ahead, nor execute a successful course reversal," NTSB said. "Significant factors were the overloaded condition of the aircraft, the virtual absence of flight planning for the chosen route of flight from Denver to Logan, a lack of understanding on the part of the crew of the performance capabilities and limitations of the aircraft, and the lack of operational management to monitor and appropriately control the actions of the flight crew."

According to WSU, one alumnus and survivor of the plane crash, Rick Stephens, has gone up to the site a few times, leading a bike ride fundraiser from Wichita State to Castle Rock to commemorate those lost in the plane crash.

WSU observed a remembrance at Cessna Stadium on Friday.