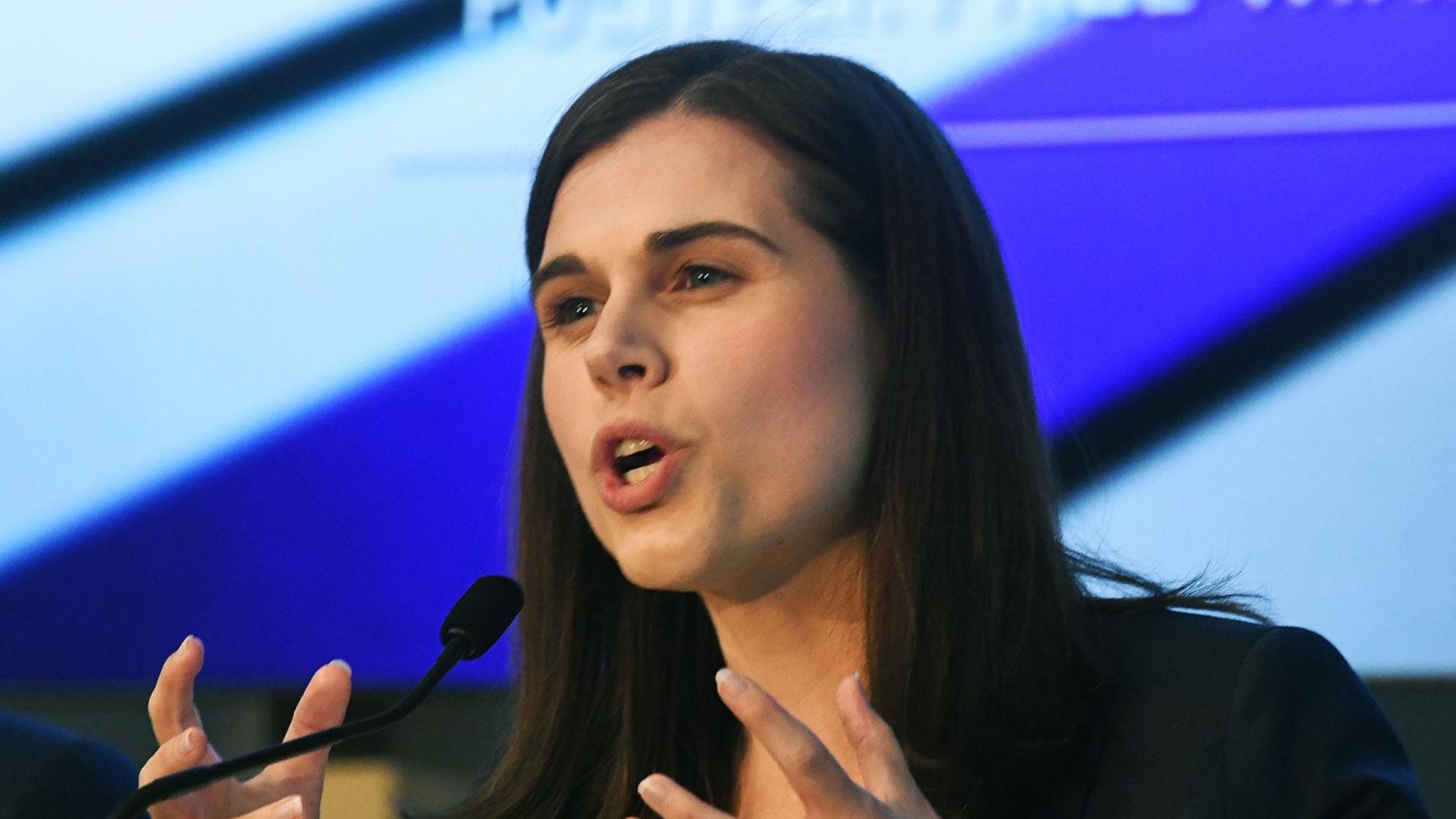 DENVER — Before Colorado's Secretary of State put out a news release calling for a boycott of Alabama over the state's new abortion ban, her office sent the news release to Planned Parenthood for suggestions and edits.

On Thursday, Secretary of State Jena Griswold (D) announced she was restricting employee travel to Alabama in response to a strict abortion ban signed into law last week.

Draft of what we are thinking attached. LMK thoughts/edits. If you could turn around as quickly as possible that would be great because SOS wants to move fast.

Thanks Serena, I believe our CEO is going to call the Secretary and share some additional feedback. In the meantime, my feedback on the media release is attached. It feels to me the Election Center part is a little inside baseball for most folks and the travel authorization is a little more digestible for the mainstream/media."

Phillips offered two edits that she marked up in a word document.

The sub-headline written by the Secretary of State's Office originally said:

"In Response to New Law in Alabama Limiting Women’s Civil Rights and Right to Choose, Secretary Griswold Calls for Boycott of Alabama and Takes Action at Department of State."

Phillips wrote the following note in the margin of the word document:

"We don’t recommend using right to choose/pro-life/pro-choice language anymore, all polling indicates it is further polarizing and turns folks off."

The final news release did not include the term "Right to Choose."

The other note provided by Phillips was about a sentence that was ultimately not included in the final news release.

The sentence read: "This year, the organization is hosting a training in Denver, which the Secretary of State looks forward to and plans to attend."

Phillips wrote: "Is this line necessary? I had to read it 3-4 times and I am not sure it is adding much to the information media need to know."

At 2:30 p.m., the Secretary of State's Office emailed out the following news release:

In Response to New Law in Alabama Limiting Women’s Civil Rights and Rights to Reproductive Health Care, Secretary Griswold Calls for Boycott of Alabama and Takes Action at Department of State

Denver, CO – Today, Colorado Secretary of State Jena Griswold calls on the Election Center to relocate their training out of Alabama and is restricting Colorado Department of State employees' travel to Alabama.

“Until the laws of Alabama allow for safe and legal access to health care for women, we call on the Election Center to move the location of its trainings from Alabama. I will not authorize the spending of state resources on travel to Alabama for this training or any other purpose,” said Secretary Griswold. “This is one action that I can take in response to this egregious law against women.

Colorado Department of State employees regularly travel to Auburn, Alabama to attend the Certified Election Registration Administrator (CERA) training and certification. This training is hosted by the Election Center (also known as the National Association of Election Officials), a non-profit organization aligned with Colorado’s values of fair, accessible, and equitable elections.

This week, Alabama passed the most restrictive abortion ban in the country. It makes performing an abortion, even in the cases of rape and incest, punishable by law.

“This restrictive law, which does not even allow exceptions for incest and rape, is appalling. We should not spend Colorado state resources in a state that restricts women’s basic rights to health care. I call on other state and local leaders in Colorado and across the country to join me in this boycott,” continued Griswold.

9NEWS reached out to the Secretary of State's Office for comment. In a statement, Griswold said:

Alabama passed a law that is so strict that it doesn’t allow for an abortion in the case of incest or rape. The proponents of this law have made it clear that their intent is to reverse women’s constitutional rights to privacy and access to reproductive health care across the nation. As a woman in statewide elected office, it’s important to me to pay attention to issues affecting women. My office periodically travels to Alabama, and I decided to no longer use state resources to do so while this unconstitutional law is in place. I consulted with Planned Parenthood about this decision, as they are one of the largest providers of, and leading experts on, women’s health care. We should not use Colorado state resources in a state that restricts women’s basic constitutional rights in this way. These attacks on our constitutional rights exemplify why our nation needs fair and equitable access to elections to ensure a more representative and reflective government.

9NEWS also reached out to Phillips by phone.

"In general, when any of our public officials reach out on input on women's health issues, we provide opinion and general thoughts," she said.

When asked if it was appropriate for Planned Parenthood to provide editorial feedback on a news release from the Secretary of State's Office, Phillips wrote in a text message, "Yes of course. PP (Planned Parenthood) provides messaging guidance around abortion. That is our job as reproductive health experts."

"There was some social media postings from people in the office about having been asked to do things that were unethical or things that they weren't comfortable with, I did the (open records request), actually, to find out, were there talking points that were passed out to employees asking them to defend this position," she said.

9NEWS has since obtained the same email records. They mainly include correspondence between the Secretary of State's Office and media members following the Alabama boycott news release. Among the 25 pages of documents is the communication with Planned Parenthood.

"Whether you agree with Planned Parenthood's platform or not, I think we can all agree that we should not have our policies in the state dictated to us by special interest groups and lobbying organizations," Staiert said. "I don't think it's appropriate. I don't think it's ethical. I think it's wrong."

Marshall Zelinger is the politics guy for 9NEWS and Next with Kyle Clark. If you have a story tip, email him at Marshall@9news.com