It's one of several issues the new Democrat-controlled House is tackling this week including climate change and pre-existing health conditions. 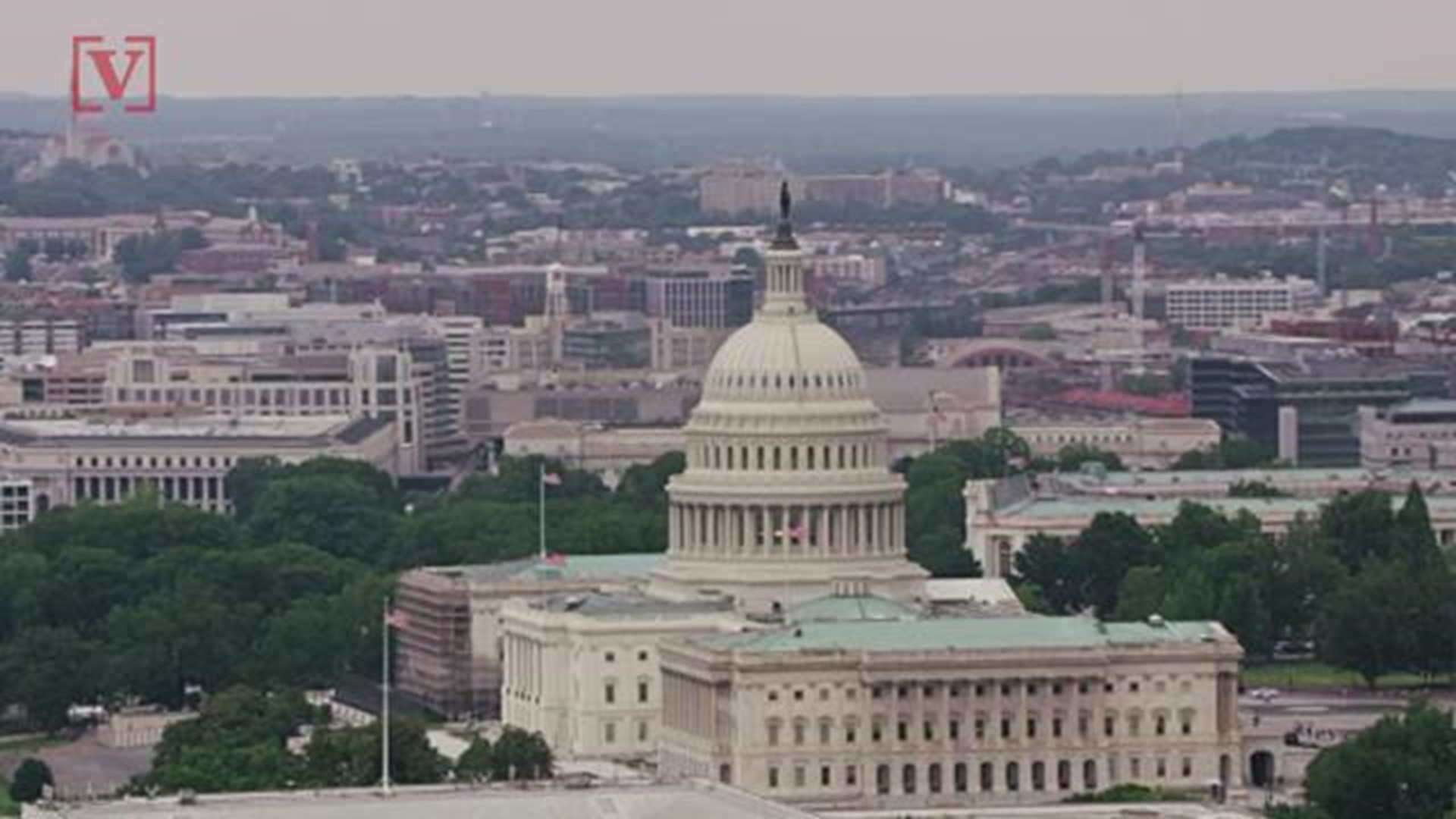 WASHINGTON — A House committee will hold its first hearing on gun violence in years. Two others will gavel in to address climate change. And three more will debate protecting pre-existing health conditions and the Affordable Care Act.

That's before noon on Wednesday.

After eight years in the minority, House Democrats are about to uncork their bottled-up legislative energy. The agenda goes beyond oversight of President Donald Trump's administration and Russian election interference to the bread-and-butter issues of jobs, health care and the economy. Far from the House floor, the grunt work of governing will play out in the confines of the committee rooms, on the day after Trump's State of the Union address.

"We have a lot of work to do," said Rep. Katherine Clark, D-Mass., a member of party leadership.

House Democrats got off to a rough start in the new Congress as the 35-day government shutdown jammed the agenda, frustrating some lawmakers and halting the energetic freshmen class that swept to power in the midterm election.

With the longest government closure over, for now, the new House majority is eager to deliver on its promises before the next election shifts attention yet again.

Speaker Nancy Pelosi made a calculation after the midterm election to forego a traditional 100-days agenda — or the 100-hours to-do list she rolled out in 2007, the last time Democrats had the majority — in favor of a return to the legislative process.

It's partly a nod to the diverse majority whose members hold different views on some issues. But it's also a part of Democrats' efforts to revive traditional governing, rather than lurching from crisis to crisis, as had become the norm when Republicans were unable to control their often unruly conservative flank. Under new House rules, every bill must pass through committee before coming to a vote on the floor.

They may not want to put it this way, but House Democrats are trying to make Congress great again.

James Curry, an associate professor of political science at the University of Utah, said Democrats have a short window to capture the public's attention. "They want to show voters they can legislate, they can run the government, they can do the things they said they're going to do," he said.

"Reality," Curry added, "is obviously more complicated than that."

Much of the House's legislative product will fall flat in the Senate, where Republicans retain majority control, and Majority Leader Mitch McConnell is expected to ensure his chamber serves as a backstop to prevent Democratic bills from landing on Trump's desk.

In some ways, the prospect of divided government frees up Democrats to simply pass the bills they prefer, without much interest in the bipartisanship that would be needed for Trump to sign them into law.

The more likely result is that the legislative agenda sets the stage for the next election, in 2020, when voters will be assessing not only the performance of the new majority but also which party they prefer in the White House.

This month, Democrats expect to pass H.R. 1, a sweeping reform of campaign finance and voting rights laws, and then turn to legislation to expand background checks for sales and transfers of firearms.

In announcing the first gun-violence hearing for the House Judiciary Committee in at least eight years, Chairman Jerrold Nadler, D-N.Y., said that "for far too long, Republicans in Congress have offered moments of silence instead of action in the wake of gun tragedies. That era is over."

Credit: AP
FILE - In this April 14, 2018 file photo, a man wears an unloaded pistol during a pro gun-rights rally in Austin, Texas. A House committee will hold its first hearing on gun violence in years. (AP Photo/Eric Gay)

Several committees have posted videos ahead of their hearings in movie-like trailers to the coming action.

Rep. Raul Grijalva of Arizona, the chairman of the Natural Resources Committee, promised a month of hearings on climate change — the first sustained look at the topic for his panel since 2009.

"What we have not seen from this committee in a decade-plus is attention to climate change," Grijalva said, alongside video clips of Trump calling climate change a "hoax." ''On the contrary. We've seen a pattern of denial."

As other lawmakers, including some newly elected freshmen, join on screen, Grijalva says, "Now we're at a point with this new majority that that is going to change."

The Foreign Affairs Committee will debate the war in Yemen, and consider a war powers resolution to halt U.S. involvement in the Saudi-led coalition.

Next week's agenda is shaping up to be almost as full.

Pelosi said in a letter to colleagues this week that the committees are "moving forward." She noted that 18 freshmen have been named chairs of subcommittees. The last time Democrats welcomed such a big class of freshmen, the Watergate class of 1974, no freshmen had such assignments.

Curry said the robust committee strategy serves a purpose for leaders, too. "Why not open the process up a little bit and let everybody express themselves?" he said. "It's a nice way to give everybody something to do."