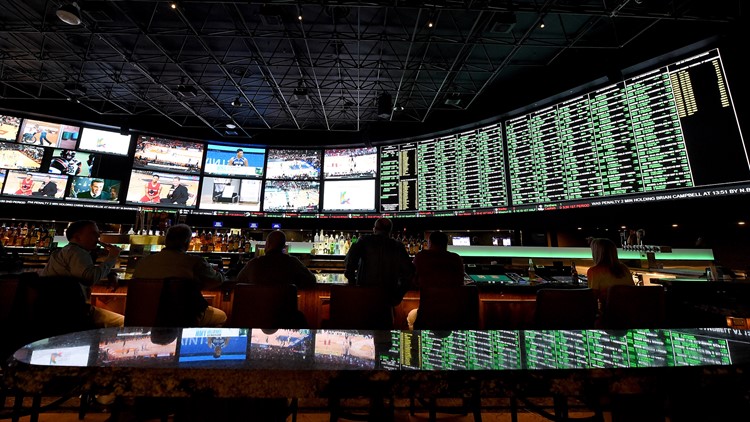 Photo by: Ethan Miller/Getty Images
The betting line and some of the nearly 400 proposition bets for Super Bowl 50 are displayed at the Race & Sports SuperBook at the Westgate Las Vegas Resort & Casino on February 2, 2016 in Las Vegas, Nevada.

If Colorado legalizes sports betting, the tax revenue won't go where you might expect

KUSA - Before the National Hockey League season started, the Colorado Avalanche were long shots to win the Stanley Cup.

Had you placed a $100 wager on the Avalanche to win at the start of the season, you could be waiting to win around $4,500.

State lawmakers are considering a proposal to legalize sports betting in Colorado.

The bill would have to pass through the legislature, get signed by the governor and then be approved by voters statewide in November.

"We didn’t want to send a mixed message to voters that we were going to solve all of the key issues with those individual priorities with this additional revenue," Garnett said.

The tax revenue would fund:

"How do we save in times of wet for times of dry," said Becky Mitchell, director of the Colorado Water Conservation Board. "Where we mostly focus on is the water resources part, and so that's supply and demand."

The Colorado Water Plan consists of:

"If we continue to grow at the pace that we're growing at now, how do we preserve what we love about Colorado and how do we most strategically use our resources," Mitchell said.

An updated review of Colorado's snowpack has the state at 127% of normal, so why does the water plan need funding?

"It snows a lot this year, but we have to remember that some years it doesn't," Mitchell said.

In 2017, Nevada took in $248 million in sports betting revenue. That state taxes it at 6.5%, so the state earned $16 million from when casinos won and kept the sports gamblers' money.

If Colorado taxed the revenues at 10% and received the same amount of business as Nevada, we would have earned nearly $25 million. But we're not Nevada.

"The $2 million was just a number I pulled out of thin air," Garnett said. "Just kind of, with my staff, I was like, what kind of attention do you think we'll get when I put in the license fee at $2 million."

He said he didn't want to price the license too high that a business wouldn't want to participate. He also isn't allowing places other than casinos to sign up. Places like Arapahoe Park or the new Gaylord Rockies Resort in Aurora.

"They can do things like open up a lounge. If I'm doing it on my phone, and they want to attract my business, so I can eat chicken wings and hamburgers and drink beers there, they can open up a lounge," said Garnett.

If passed by the legislator, signed by the governor and approved by voters, sports betting will be live in Colorado in May 2020.