9Wants to Know: Reports of threats against schools nearly double what they were last year

There's no simple explanation for the surge in reports of school threats, 9Wants to Know has learned. 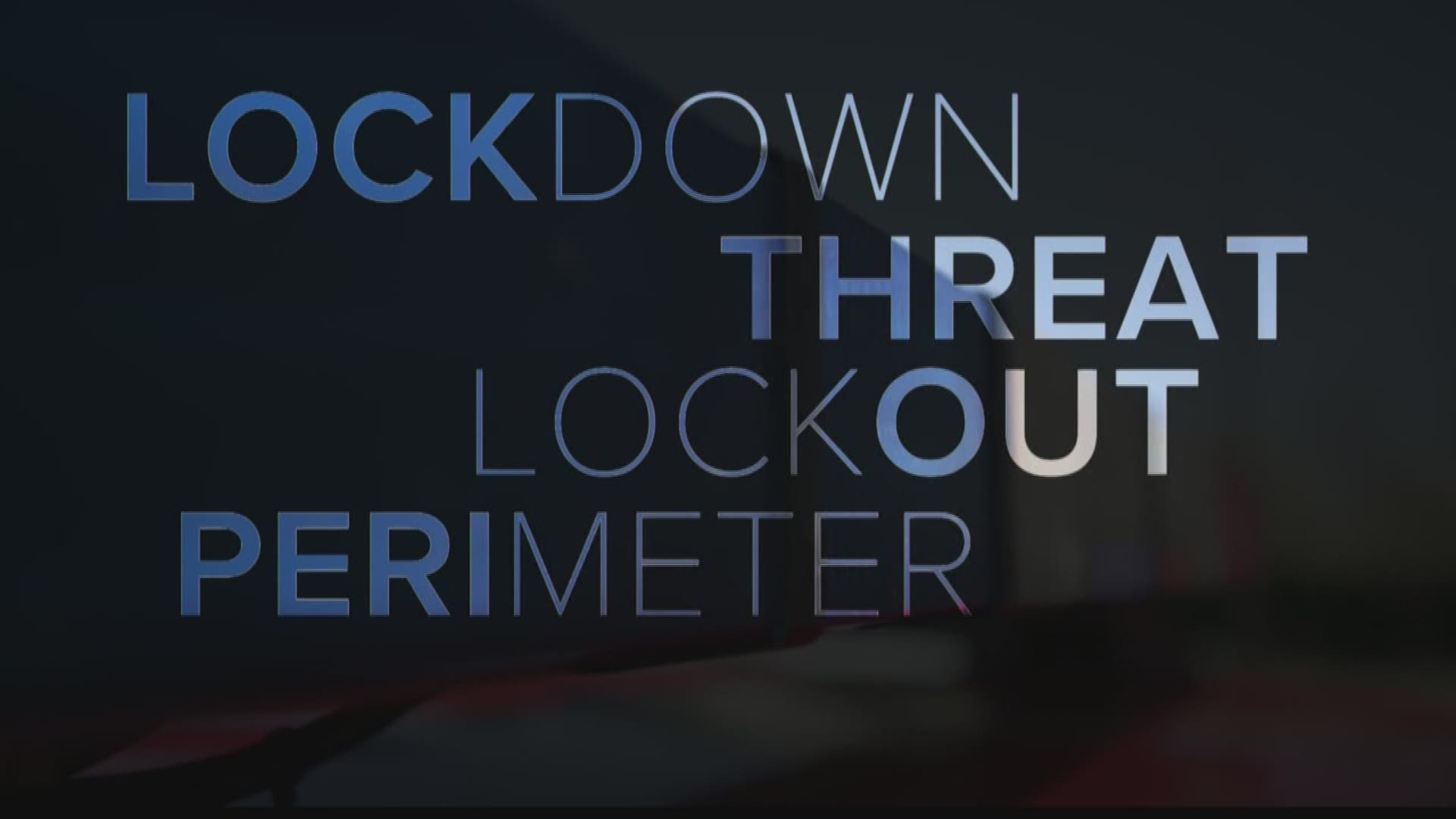 KUSA — The number of reported threats against Colorado schools has jumped dramatically this year. A review of state-wide data by 9Wants to Know shows it’s already more than twice what it was in 2016-17 and there are still four months left in the academic year.

The dramatic increase has been fueled in large part by the Feb. 14 massacre in Parkland, Fla., that left 17 students dead and another 17 wounded.

But it’s not just reports that are up: In the first three months of this year, 47 people had been charged with making a credible threat against a school, putting 2018 far ahead of the pace set in 2014, when 76 people were charged the entire year – the highest on record.

But a 9Wants to Know investigation that included an examination of more than eight years of court records found that there’s no simple explanation for the surge, that what constitutes a “credible threat” varies widely from one case to another, that most of those charged don’t end up with a conviction for threatening a school.

Even figuring out how many threats are made is tricky.

An organization called Safe2Tell takes reports and works with cops, school officials and mental health professions to determine whether a threat is credible and how to respond to it. Through the end of March, it had fielded 620 reports of “threatened school attacks.” For comparison, Safe2Tell fielded 294 such reports during the school year that began Aug. 1, 2016, and ended July 31, 2017.

Nearly 300 of this year’s reports came in the two weeks after the Parkland shooting.

“My theory is, is that that was evidence of the fear that rippled across this country for all parents,” said Susan Payne, Safe2Tell’s executive director. “There are no jurisdictional boundaries to tragedy or violence, and that made everybody think it could happen here.”

It also was likely evidence of another factor: One threat shared on social media could spark numerous reports.

“We saw a threat following the Parkland shooting where one of our students posted a threat using a former student’s picture,” said John McDonald, head of security at Jefferson County Schools. “He sent out a threat on Snapchat saying, you know, ‘you’re not going to want to come to school tomorrow – I’m tired of everyone’ and made some other comments.

“We had over 200 calls from parents to 911 and over a hundred Safe2Tell reports.”

But Safe2Tell is not the only place where people report alleged threats. That’s why 9Wants to Know requested data from the Colorado Judicial Department on every single criminal case since 2010 in which someone was charged with “Interference with a school – credible threat,” a misdemeanor.

HELPFUL LINKS: What is a 'lockout' and a 'lockdown'

Credit: KUSA file photo
Nearly 300 of this year&rsquo;s reports of school threats came in the two weeks after the Parkland shooting. &nbsp; &nbsp;

That examination revealed a complex picture of the reality in Colorado nearly two decades after the Columbine tragedy:

• Since 2010, 456 people have been charged criminally with making a credible threat against a school.

• Roughly 83 percent of those who were charged were juveniles.

• In the first three months of this year, 47 people had been charged with making a credible threat against a school, putting 2018 far ahead of the pace set in 2014, when 76 people were charged the entire year. That was the highest on record.

• Less than one-quarter of those charged – 103 of the 456 – ended up with a conviction for making a credible threat against a school, either because of a plea agreement that ultimately wiped the charge of their records or because their cases were dismissed outright.

Juvenile records are generally aren’t available to the public.

But an examination of every single one of the 78 cases in which adults were charged with making a credible threat against a school found that they ran the gamut.

Both had access to weapons, and police investigators and prosecutors concluded their threats were legitimate.

Credit: KUSA file photo
Since 2010, 456 people have been charged criminally with making a credible threat against a school.

But others were very different.

One, for instance, involved a mother who had what was described as a meltdown in a school office and mentioned a bomb threat in the district the day before. Another was a man who visited an old teacher and startled kids in the class when he started talking about his experiences in the military and in combat.

The experts who dig into reported threats against schools said the increased reports are a function of a lot of things – including the fact that people are encouraged to report everything.

“You can't say bomb on a plane, can’t say fire in a theater,” McDonald said. “You do not get away with saying shooting at a school anymore. It's just not acceptable. It's a new world.”

“Schools are still one of the safest places for a kid to be during the day,” said Max Wachtel, a forensic psychologist and 9NEWS expert who has been involved in assessing people accused of making threats against schools. “Just hands down – that is absolutely true. So parents need to take that information, be serious about it, but also not panic about it.”

Coming Wednesday: A look at how one prosecutor handled one of the more serious cases involving an alleged threat against a school – and how it compares to another incident being prosecuted by the same office.