Documents portray the assault on the school as haphazardly carried out and poorly planned. The suspects admitted to doing cocaine beforehand. 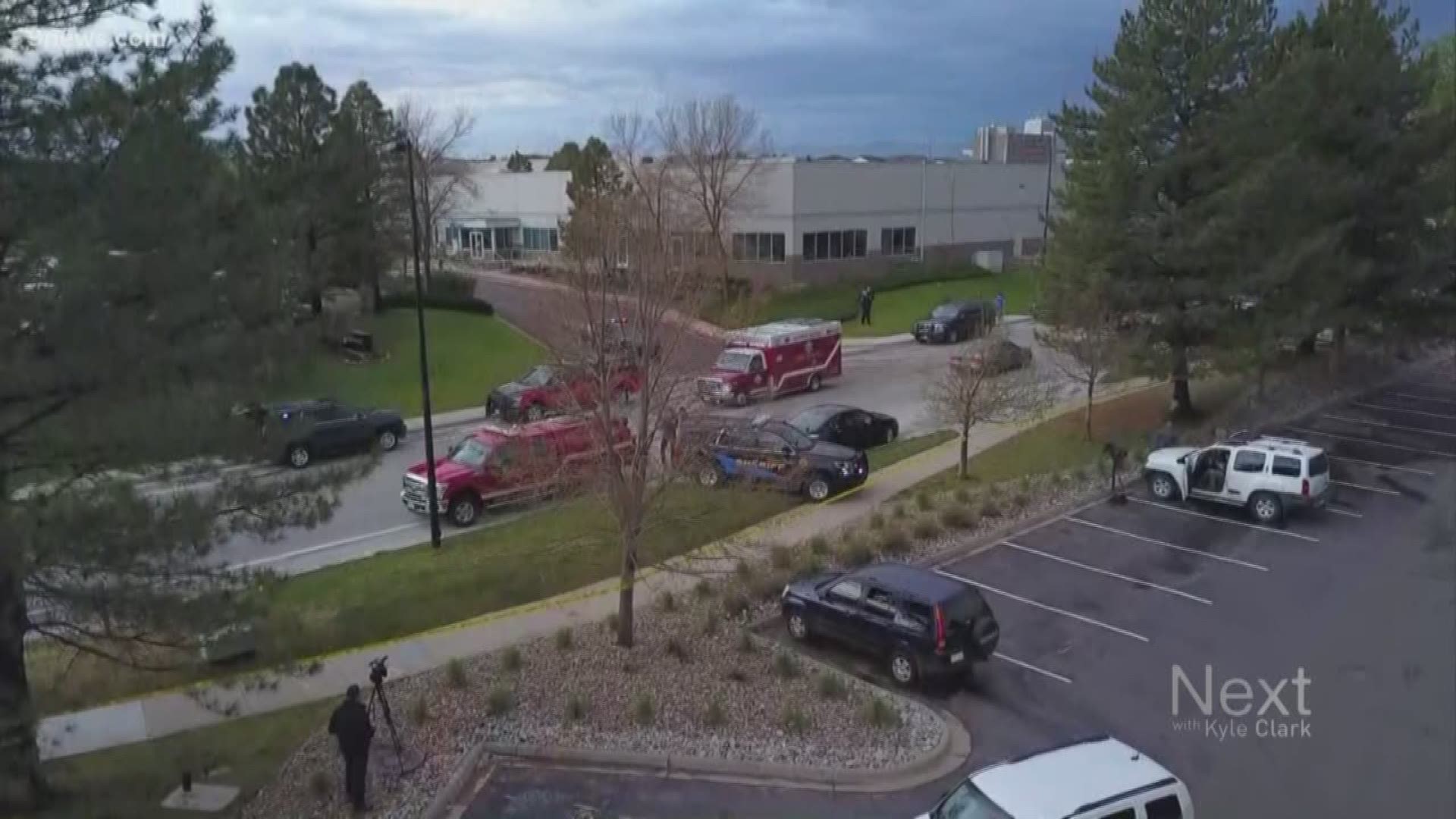 HIGHLANDS RANCH, Colo. — A private security officer’s bullet wounded a student in the deadly May 7 shooting at STEM School Highlands Ranch, according to an arrest affidavit made public late Thursday afternoon.

That officer is under investigation for reports that he fired on a responding Douglas County sheriff’s lieutenant in the chaos of the incident, 9Wants to Know previously reported.

“One of the shots fired by the security guard wounded a female in room 106,” the affidavit says.

The student was not identified in the seven-page affidavit, which outlines the alleged actions of the two suspects in the case, Devon Erickson, 18, and Alec McKinney, 16.

El Paso County District Attorney Dan May is handling the investigation into the actions of the private security guard, who worked for Boss High Level Protection. Grant Whitus, the owner of the company, told 9Wants to Know he “hadn’t heard” the affidavit outlining the allegations against his employee.

He did not respond to a request for further comment.

One student, Kendrick Castillo, died after he and classmates rushed one of the two gunmen who entered the school at 8773 S. Ridgeline Blvd.

The affidavit portrays the attack on the school as being carried out haphazardly with little planning.

According to the affidavit, the younger suspect was “super suicidal” and wanted to get revenge on a lot of people. The older suspect tried to talk him out of it, according to the document, and repeatedly told investigators that he wanted to stop the shooting “but couldn’t articulate how or why he never told an adult.”

The morning of May 7, the two went to the older suspect’s home, investigators wrote in the document. There, according to the affidavit, the two “hung out in the basement” and used cocaine, then broke into a locked gun safe with an ax and a pry bar. They took four weapons – three handguns and a rifle – as well as ammunition and headed to the school, according to the affidavit.

After returning to the school, they smuggled in guns inside a guitar case, according to the affidavit, entering a door where they knew they would not be checked.

They went to a classroom and eventually pulled out the guns, yelling “nobody move,” according to the affidavit, then opened fire.

One suspect was tackled by students – including Castillo – and the other was confronted by the security officer who is now under investigation and has been taken into custody.

The security officer has not been publicly identified. However, 9Wants to Know has confirmed that he is a 29-year-old former sheriff’s deputy and Marine – and that he apprehended one of the teenage suspects in the incident.

He enrolled in the Jefferson County Sheriff’s Department’s academy July 11, 2013, graduated that December, and worked in the jail before leaving the department Aug. 23, 2017, according to records provided to 9Wants to Know.

The Douglas County Sheriff's Office does not have a comment on the information contained in the affidavit.