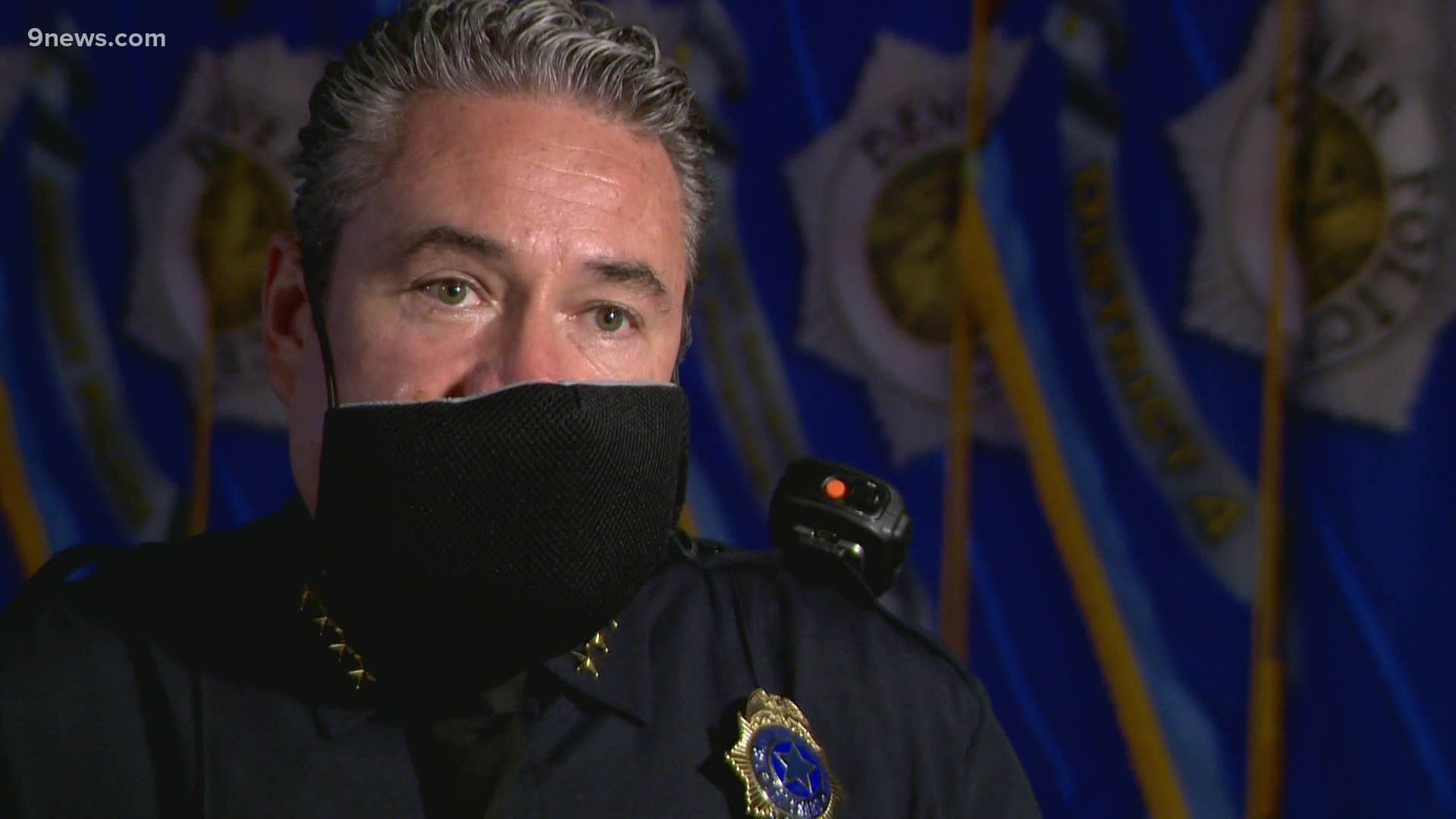 DENVER — Over the past 20 years, Denver has experienced one of the largest population increases of any major American city, going from about 530,000 people in 2000 to about 730,000 today.

With that has come increases in everything from new homes to new businesses to new traffic. But one thing that has hardly changed at all is the number of Denver police officers.

“It really becomes challenging when you don’t have enough officers to address 911 calls for service,” said Denver Police Chief Paul Pazen. “The accidents, the property crimes, the violent crimes, it’s a constant balance."

Pazen would not go so far as to connect the city’s increase in crime to the widening gap between Denver’s population and the number of sworn officers. He would say, unequivocally, that the department needs more officers to keep up with the increasing demands of a growing city.

“Having more officers would certainly expand our capacity to address some areas that we really want to improve upon, specifically the community building aspects,” said Chief Pazen.

Clearly, though, not everyone is in favor of adding sworn officers in Denver. In fact, in the wake of several high-profile police-involved deaths across the country this summer, many community members have argued vigorously to significantly reduce the size of DPD. Others have said the focus on absolute numbers is misguided.

“I think Denver needs more experienced people on the street right now,” said Paul Taylor, a criminal justice professor at CU Denver. “I think an influx of brand new officers is going to exacerbate the problems that we’ve continued to see.”

And then there are those who believe that if the city’s ultimate goal is reducing crime, there needs to be much more focus on social services and the people who provide them, rather than on police.

“There’s no direct correlation between the number of cops and the amount of crime,” said State Representative Leslie Herod. “There is a correlation in access to community resources and crime and it’s actually important that we give people the services they need.”

For now, the question of whether Denver should add a large number of police officers is largely an academic one.

Even if the city's budget allowed for it, actually hiring them would be almost impossible any time soon given the many challenges these days of attracting qualified candidates to careers in law enforcement.

The next DPD academy class, for example, is only expected to be about half of what Pazen said he was hoping for. As a result, the department’s focus at this point is not on growing the size of the force, but on keeping it where it is. And, so far this year, it is an uphill battle; as a result of resignations and retirements, the department has already seen a net loss of 26 officers.