15 months after suspect named in hammer attacks, his extradition to Colorado still on hold 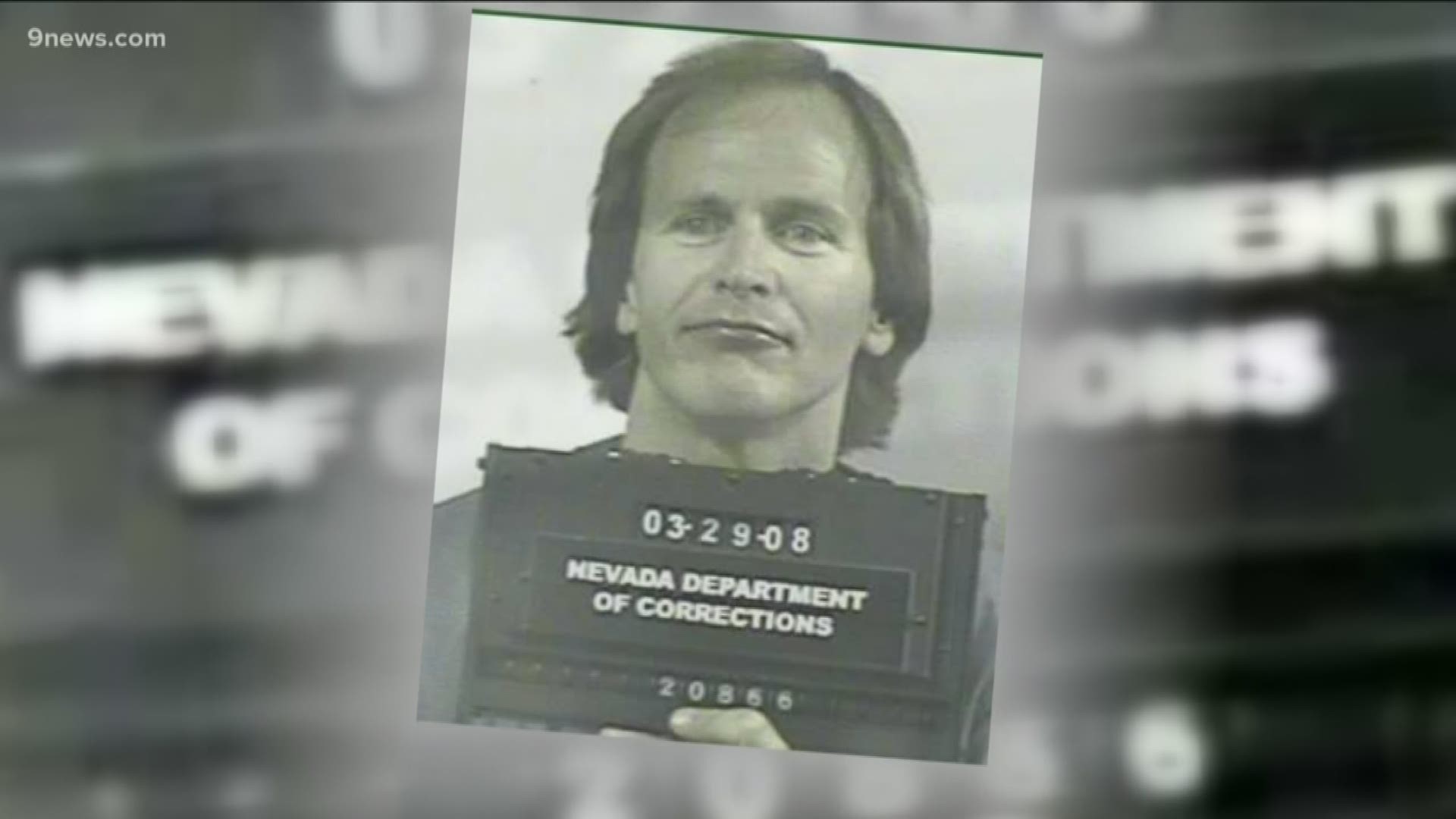 COLORADO, USA — Fifteen months after a DNA hit identified a suspect in a series of horrific 1984 hammer attacks in the Denver area, the man remains in Nevada – his extradition to Colorado stalled by a series of delays sought by his attorney and inaction by that state’s highest court.

Alex Christopher Ewing, who is serving a 110-year sentence for an ax-handle assault on a Henderson couple that occurred seven months after the Colorado attacks, faces multiple charges in the murders of Patricia Louise Smith in Lakewood and Bruce and Debra Bennett and their daughter, Melissa, in Aurora.

Another daughter, Vanessa, was horribly beaten and barely survived.

Want to hear a podcast about this case? Blame 3: The Fear All These Years is now available for download! More info here.

It is not clear how soon the Nevada Supreme Court could rule on Ewing’s appeal of an order issued last December that he be transferred to Colorado.

“I do not understand,” Smith’s daughter, Chery Lettin, told 9Wants to Know. “It's a travesty of justice that these things happen.”

“It is frustrating to think that people who do those kinds of things can just – it seems like the law leans toward them, you know, as far as giving their rights,” said Connie Bennett, who spent 35 years wondering if she’d live long enough to see justice for her son, daughter-in-law and granddaughters. “Oh my goodness – that’s frustrating.”

The 1984 attacks shocked people across the Denver area, and sales of burglar alarms and guns shot up.

They started that Jan. 4 when a man with a hammer broke into an Aurora home and attacked a couple sleeping in bed, inflicting serious injuries before fleeing. Less than a week later, a man with a hammer attacked a flight attendant in Aurora, beating and sexually assaulting her. The next day, Smith was sexually assaulted and murdered in Lakewood. And then on Jan. 16 came the attack on the Bennett family.

For more than 34 years, the case remained unsolved. Then, in July 2018 came a DNA match linking Ewing to the murders of Smith and Bruce, Debra and Melissa Bennett.

Ewing was arrested in Arizona 11 days after the Bennett attack for a middle-of-the-night assault on a man in Kingman. Later that year, he escaped while being transporter to court, broke into a home in Henderson, Nevada, and beat a sleeping couple with an ax handle. He was caught within days and has been behind bars ever since.

In August, 2018, then-Colorado Gov. John Hickenlooper and then-Nevada Gov. Brian Sandoval both signed extradition orders. Four months later, a judge in Nevada ordered that Ewing be transferred to Colorado to face charges in the murders here.

Wiener, Ewing’s attorney, immediately appealed, challenging a judge’s conclusion that the inmate was not entitled to an appointed lawyer during the extradition hearing. In addition, Wiener suggested that the extradition documents were not “in order” – a requirement for them to be valid – because they suggest Ewing’s transfer to Colorado would be “temporary” although they also call for him to complete any sentence here before being returned to Nevada.

But Wiener successfully won multiple time extensions that slowed down the process:

“We are all so frustrated, not understanding how this can happen, when the excuses are nothing short of my dog ate my homework,” Lettin said. “Seriously, that's what it is. They're not even – they’re not viable.”

Now it’s up to the Nevada Supreme Court to make a move. It can schedule oral arguments, or it can rule on the briefs that have been filed.

As of Wednesday, the court had given no indication when it might take action.