The trial of Alex Christopher Ewing is expected to start Monday and last three weeks. He's accused of killing three members of the Bennett family. 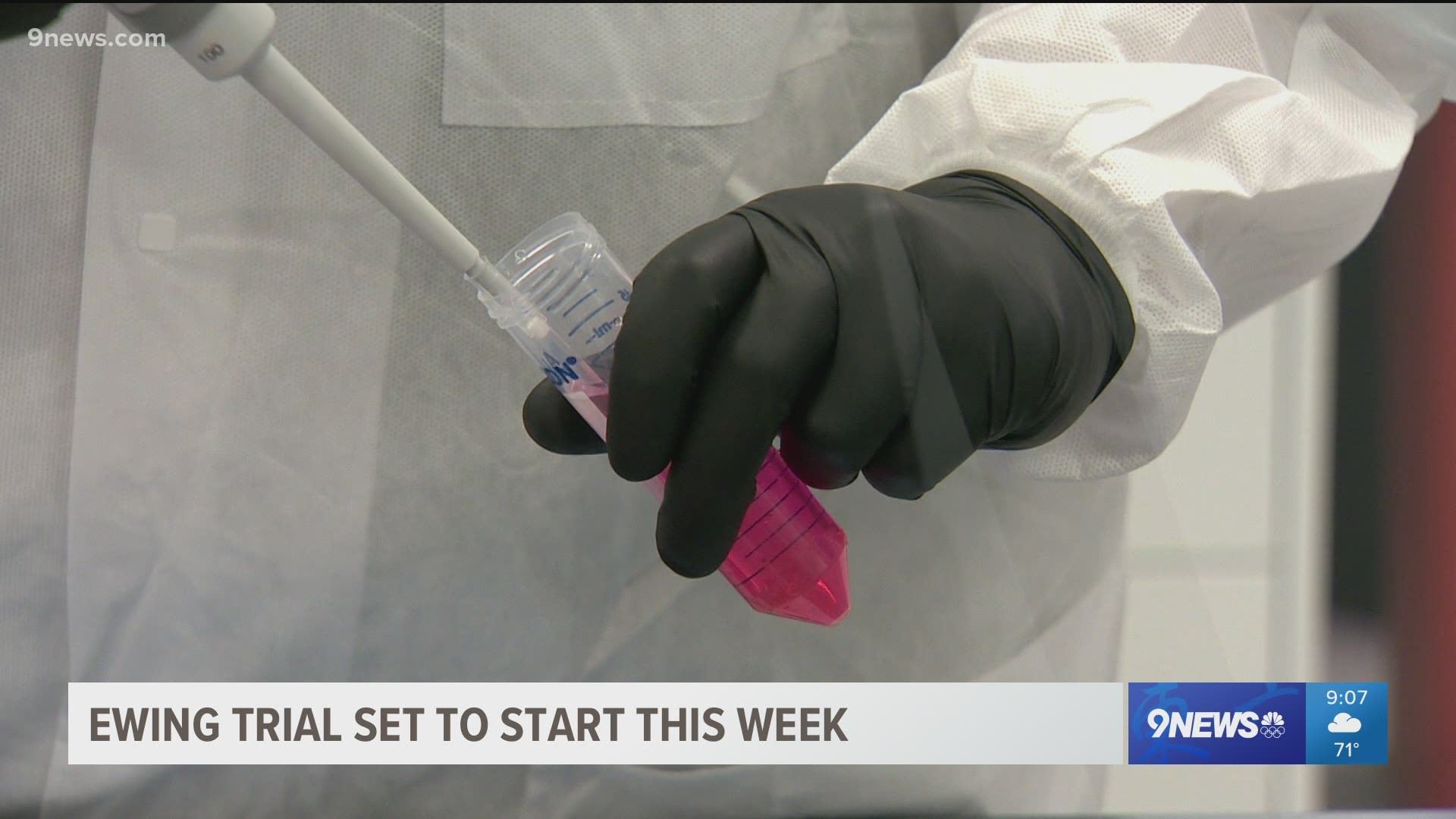 AURORA, Colo. — After more than three decades of mystery and three years of legal proceedings, the man accused of one of the Denver area’s most notorious murder cases is scheduled to go before a jury this week in Arapahoe County.

Alex Christopher Ewing, 60, faces multiple counts of first-degree murder in the Jan. 16, 1984, killings of Bruce and Debra Bennett and their 7-year-old daughter, Melissa. They were all bludgeoned to death in their Aurora home with what investigators believe was a claw hammer.

It’s a day long anticipated by Connie Bennett, who discovered the killings of her son and his family. Now 87, she is expected to be one of the first witnesses prosecutors call to the stand.

“I’m psyching myself up,” Bennett told 9Wants to Know this week.

If he’s convicted, Ewing faces a maximum sentence of life in prison with the possibility of parole after 20 years.

While Connie Bennett is expected to describe what she found on that snowy Monday morning, the key piece of evidence for prosecutors is the DNA recovered at the crime scene – a genetic fingerprint that was matched to Ewing in July 2018.

At the time he was behind bars in Nevada, serving a 110-year sentence for a late-night ax-handle attack on a Henderson couple.

Defense attorneys have signaled in pre-trial filings and hearings that they will raise questions about how police handled, collected, tested, and stored evidence.

Some of those questions will focus on larger issues – detectives, for instance, didn’t routinely wear gloves when handling evidence in the mid-1980s, a practice that could lead to contamination.

Others will be aimed at specific pieces of evidence. For instance, a hair found at the scene that may have been left by the killer was destroyed years ago in testing. There’s no way to determine now whose it was.

And early evidence reports on carpeting and a comforter from the Bennett home didn’t note the presence of semen – a discovery that was made several years later after two detectives went back through all the evidence.

Ewing’s attorneys, Stephen McCrohan and Katherine Spengler, have never spoken publicly about the case. But calling into question the credibility of that DNA match is one possible defense tactic at trial.

However, a judge in the case ruled that prosecutors can tell the jury about a similar case in which Ewing faces murder charges – the killing of Patricia Louise Smith in Lakewood six days before the Bennett slayings.

Smith, a 50-year-old interior designer, was beaten to death with an auto-body hammer and raped. DNA left at that crime scene was also matched to Ewing.

In a pre-trial ruling, prosecutors were cleared to use the details of that case as a way to combat an assertion by the defense that it’s possible Ewing’s DNA was innocently transferred to evidence in the Bennett case.

The killings sent shockwaves through the Denver area and were the subject of extensive media coverage.

But they quickly went cold. Eventually, advances in DNA technology over the years led to the identification of the DNA profile that was tied to Ewing three years ago. Investigators had a suspect.

It turned out that since the time the Bennetts were killed, Ewing had been a free man for a total of 13 days.

The story of those assaults, the search for a killer, and the anxiety that gripped the survivors and altered life in the Denver metro area is the subject of a new 9Wants to Know investigative podcast. The newest episode launched on July 23.

Read updates in the case at BLAME Podcast.

You can also text the word BLAME to 303-871-1491 to have the latest updates sent directly to your phone.

Police arrested Ewing in Kingman, Arizona, 11 days after the Bennett killings in a late-night attack on a man who was hit in the head with a 25-pound rock, causing a serious head injury.

Seven months later, Ewing was still in custody in that case when he escaped while being transported to court, broke into a home in Henderson, Nevada, and assaulted a couple with an ax handle.

He was still behind bars in that case when Nevada authorities took a DNA sample from him in 2018. After that DNA was added to the FBI’s national database, it was matched to DNA left at the scene of both the Bennett and Smith murders, according to court documents.

Ewing was extradited to Colorado in February 2020 to face charges in the two cases.

He also faces four counts of first-degree murder in Smith’s killing. She was surprised in the townhome she shared with her daughter and grandchildren.

One count alleges Ewing killed Smith after deliberation, the other three allege he killed her in the course of committing a felony – specifically, burglary, robbery, or rape.

He is scheduled to go on trial in that case on Oct. 18