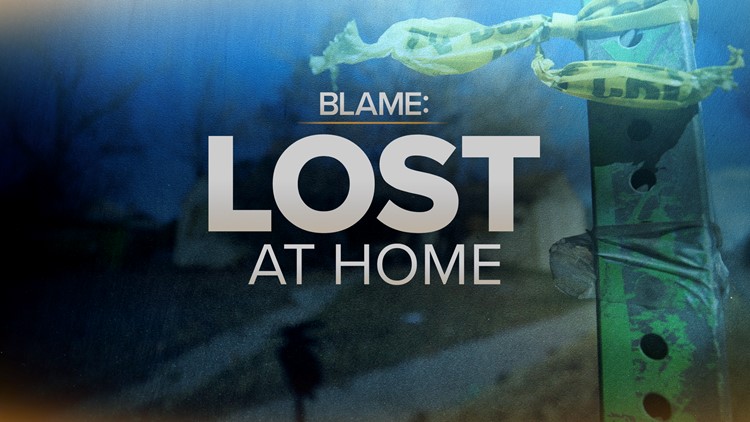 BLAME 2: A year after he was reported missing, Denver man found dead in own living room

In this series, Jeremy Jojola of 9Wants to Know explores how a Denver man vanished in the middle of a Denver urban neighborhood. One year after his family declared Charles “Chuck” Frary missing, he was found dead in his own living room.

Follow Jeremy along as he investigates the case Chuck Frary, a father of four who grew reclusive over the years. As Jeremy talks to family and neighbors, he realizes the more answers he finds in the case, the more questions he wants answered.

FIRST SEASON | Blame: Was the death of Jill Wells an accident or murder?

How is it that a man can disappear for a whole year only to turn up dead in his own home? Why did it take so long to find Chuck?

Below you can find the first few episodes of "BLAME: Lost at Home."

Follow Jeremy Jojola along as he first learns about Chuck Frary’s story with a visit to a house in a trendy Denver neighborhood. Jeremy takes us to the corner of West 50th Avenue and Tennyson Street, where he finds a home surrounded by overgrown trees and much debris. Inside is where this story begins with a big question: How does a man vanish for a whole year and then end up dead in his own living room?

Every neighborhood has that one homeowner who knows what’s happening on the street. Jeremy sits down with Kristi Petersen, who lives two doors down from Chuck. She describes what she witnessed through her living room window and talks about her sole encounter with Chuck in her 15 years living next to him.

Jeremy tracks down one of Chuck’s sons and learns a little about Chuck’s life and what the family experienced when they first realized their father was missing. Many initial questions are answered by talking with Jeff Frary, but more questions arise. Jeff reveals the confusion they experienced when a mysterious visitor came knocking, claiming Chuck was missing or dead.

So much about life can be revealed by examining death. As macabre and disturbing as autopsy reports can be, they are often loaded with crucial details about a person’s life. After waiting for weeks, Jeremy finally obtains Chuck’s autopsy report. It reveals much about Chuck’s life inside his home. Jeremy also shows the autopsy report to a retired medical examiner who gives interesting insight into what the report really reveals.

All episodes can be found on: