Connie Bennett, 86, relives murders of her son, daughter-in-law and granddaughter in court hearing

The defense won a delay for the preliminary hearing in the 1984 case, but the judge allowed one witness on Tuesday: the woman who discovered her loved ones dead. 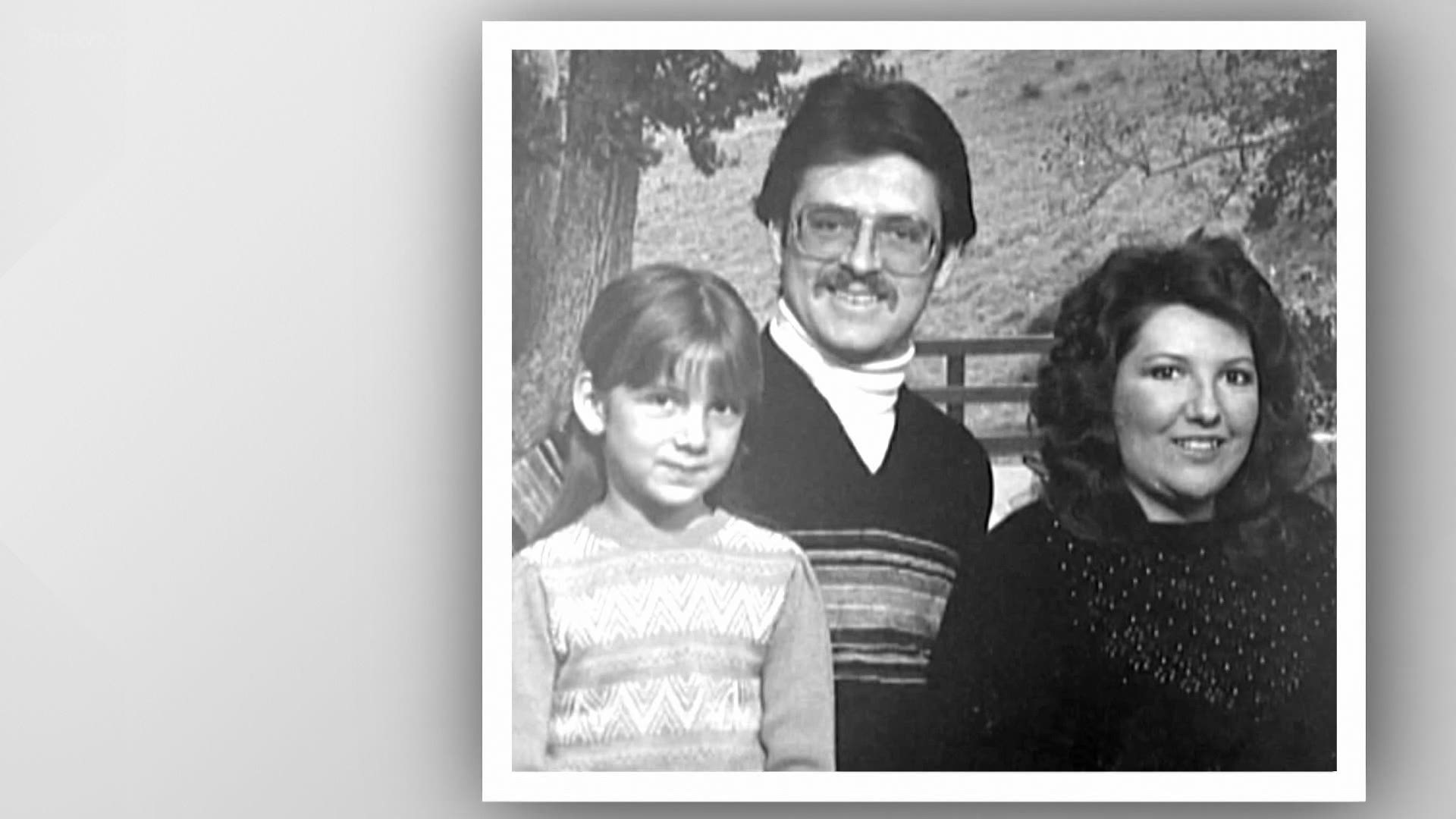 CENTENNIAL, Colo. — For nearly 30 minutes Tuesday afternoon, Connie Bennett sat in an Arapahoe County courtroom and relived the worst day or her life – the day she found her son’s lifeless body. The day she also lost her daughter-in-law and granddaughter.

It was Jan. 16, 1984 – and it would be nearly 35 years before police investigators, with help from a DNA hit, identified a suspect in the murders of Bruce and Debra Bennett and their 7-year-old daughter, Melissa.

Another daughter, 3-year-old Vanessa, was horribly injured but survived.

That morning, the couple hadn’t shown up for work at the family furniture business, and Connie Bennett said she had gone to their Aurora home because she couldn’t reach them by telephone and was worried. When she arrived, she said she saw her daughter-in-law’s purse on the ground in the front yard, its contents strewn about.

“I saw it there and I said, oh, there’s something wrong,” she testified at a hearing for the man now accused of the vicious attack.

Then she said she rushed inside.

District Attorney George Brauchler asked her to describe his injuries.

“The main thing I noticed was his forehead seemed to be crushed in,” she said.

No murder weapon was found, but investigators believe the killer wielded a claw hammer.

Connie Bennet, now 86, said she fell to her knees in disbelief.

“Bruce, what happened?” she asked in the eerily still house, she testified. “I reached right over and grabbed the phone. It’s the first thing I did. I called 911.”

For more than three decades, the case was cold. Then, in the summer of 2018, a DNA hit led investigators to Alex Christopher Ewing, an inmate in a Nevada prison serving a 110-year sentence for an ax handle attack on a Henderson couple.

After a 20-month legal fight, he was extradited to Colorado in late February.

Ewing, 59, faces multiple charges in the attack on the Bennetts.

Tuesday marked the first time Connie Bennett had ever seen him in person – she was out of state and unable to attend his previous court appearance in the case.

“I was a little bit surprised when I saw him come in,” she said after the hearing. “He’s a much smaller person than I anticipated. He, he looked kind of old and he looked small, and that kind of surprised me.

“Of course, you always think about some huge monster, you know?”

Brauchler said he believed she “did very well” during testimony about such a painful experience.

Tuesday was supposed to be a preliminary hearing, one of the first since the COVID-19 pandemic led to delays in many court cases.

Prosecutors and a police detective were to lay out evidence tying Ewing to the attack.

The courtroom was cleaned and sanitized. Plans were in place to keep people six feet away from each other. And it was possible to watch and listen to the hearing over the Internet or by telephone.

But after defense attorneys sought a delay – in part because they said the pandemic had hampered their ability to meet with Ewing and prepare – Arapahoe County District Judge Michelle Amico split the hearing into two parts.

Tuesday featured only the testimony of Bennett. The rest of the preliminary hearing is now scheduled for July 28.

A preliminary hearing requires the prosecution to prove that it has enough evidence to establish that there’s probable cause to believe the defendant committed the crime. As part of Ewing’s preliminary hearing, Amico also is going to consider whether “proof is evident or presumption is great” that Ewing committed the crimes – and, if so, that would mean he’s not eligible for bail.

Judge Amico suggested she will not grant another delay, saying it will go on then “absent some completely unforeseen circumstance.”

According to court documents previously obtained by 9Wants to Know, it was only after Nevada started conducting DNA tests on inmates in its prison system that Ewing’s genetic fingerprint was matched to evidence left at the scene of the Bennett killings.

That DNA also linked him to the murder of Patricia Louise Smith in Lakewood six days before the Bennetts were attacked.

Ewing faces multiple charges in that case as well and is scheduled to have a preliminary hearing June 29 in Jefferson County.