Patricia Smith was attacked with a hammer in Lakewood six days before three members of the Bennett family were killed in Aurora in 1984. 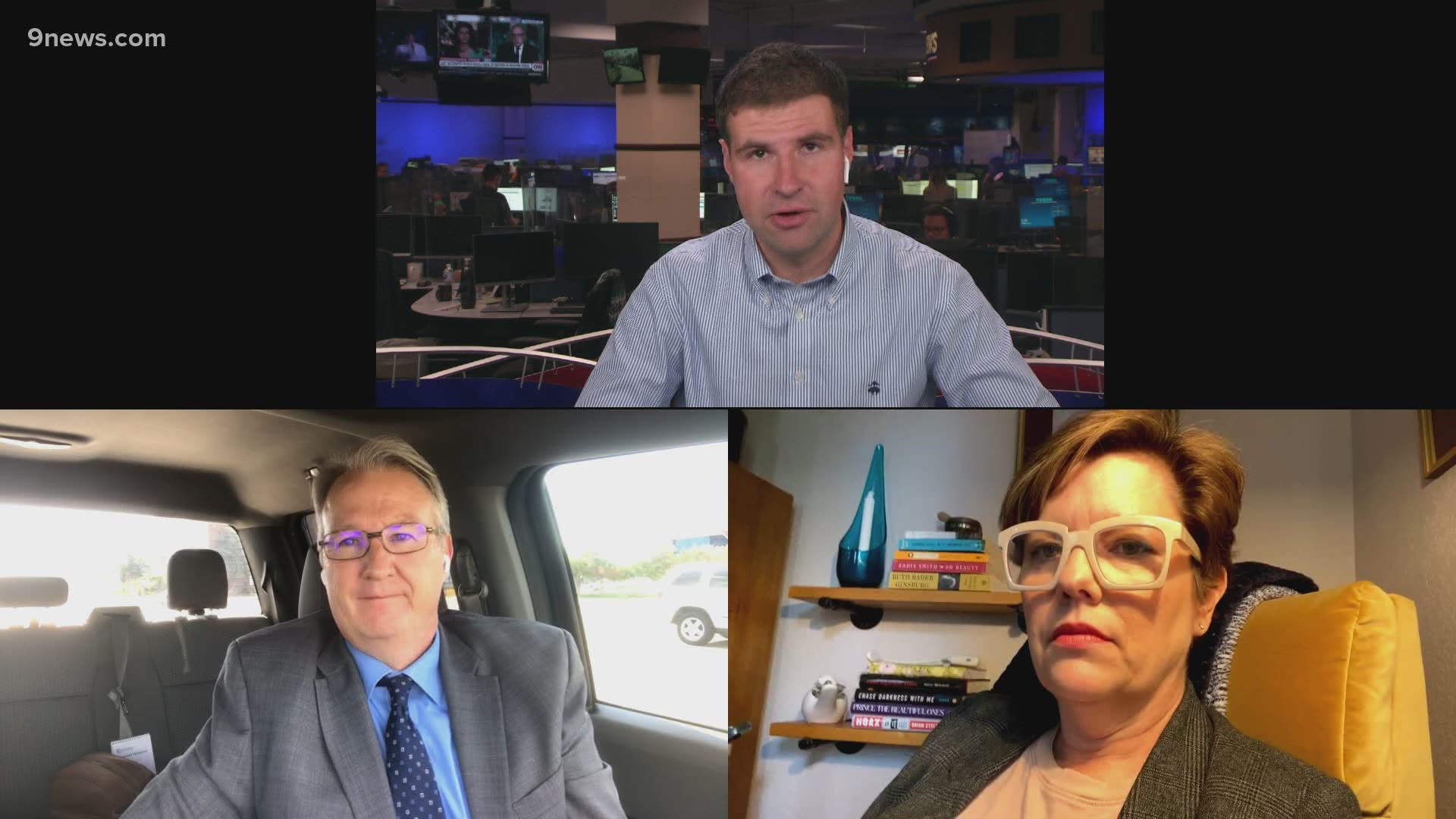 CENTENNIAL, Colo. — Attorneys for the man accused in the 1984 hammer killings of an Aurora couple and their daughter spent time Thursday drawing distinctions between the police work in that investigation and in a similar killing the previous week on the west side of the metro area.

Alex Christopher Ewing, 60, is charged with multiple counts of murder in both cases – the killing of Bruce and Debra Bennett and their daughter, Melissa, and the slaying of Patricia Smith in Lakewood.

A 2018 DNA hit led to the identification of Ewing as the suspect in both cases, which had long been cold.

Ewing is on trial in the Bennett case, accused of killing the couple and the 7-year-old girl, who was also sexually assaulted.

And while the jury will not be told that Ewing is scheduled to go on trial in Smith’s killing in October, a judge ruled that they could be told about it with limitations – “for the purposes of proving identity, for showing modus operandi and common plan, scheme, or design, and to refute any defense of mistake or accident as associated with the DNA evidence.”

Prosecutors have asserted there are many similarities between the Bennett killings and Smith’s murder. The killer in both cases is believed to have entered the homes through an open garage door and used a hammer to bludgeon the victims. Both Melissa Bennett and Smith were sexually assault and left on the floor, partially clothed with their legs spread and blankets over their heads. In both cases, it appeared the killer went through purses, dumping out the contents.

In the murders of the Bennetts, defense attorneys have raised questions about the work of police investigators, several of whom have acknowledged that they didn’t wear gloves when handling evidence. One former detective acknowledged that a police supervisor gave a tour of the crime scene to a group of cadets – and someone moved a pair of bloody jeans and a towel from the floor to a clothes hamper. Another said that when wet evidence was dried – stained with fresh blood, for instance – it was sometimes draped over chairs in a room that was not regularly sanitized.

Defense attorney Katherine Spengler drew out the work of Lakewood detectives, who did things differently in the Smith case.

For instance, she asked retired crime scene investigator Gary Klepper to confirm he was wearing gloves when he touched key pieces of evidence, such as Smith’s boots, purse and wallet. He said he was.

She asked whether he’d let a group of cadets to tour a crime scene. If he was there, he said, he would have stopped something like that from happening.

And she asked him about the process of drying items of evidence.

“You certainly wouldn’t drape them over railings or bars to dry them?” Spengler asked.

“I would not,” Klepper replied.

The report below first aired in 2010 when authorities announced the cases were linked by DNA.

>The video above is an analysis of opening statements.

It had been a normal morning in the townhome she shared with her kids and mother that was located in the 12600 block of West Bayaud Avenue. Her mother had driven her and her two children to a church daycare, where they dropped off the kids. Then her mother let her off at a park-n-ride, and Lettin rode a bus to her job in downtown Denver.

They spoke by phone late in the morning.

“We talked maybe a couple times a day,” Lettin said. “Even though we were living together we were always chatting.”

When Lettin arrived back at the park-n-ride late that afternoon, she expected her mother to be there waiting.

After failing to reach her mother, she called a cousin for a ride. They picked up her children and drove to the townhome, pulling up to the garage, which was separated from the home by a small courtyard.

“The door was open and her car was inside the garage,” Lettin said.

Then Lettin was asked to tell the jury what she recalled seeing.

“It was dark out,” she said. “My mother’s bedroom – she had a patio door that looked out onto the courtyard, and the curtains were open, and I recall seeing – like you see a TV flashing in the dark. And that’s all there was. I knew the TV was on and I thought that was very strange – that she was home and the TV was on but there were no lights on.”

She moved to the front door, her two small children and her cousin with her. The door was unlocked.

“I recall turning on the entryway light, and that’s where we saw my mother,” Lettin said. “She was laying maybe three, four feet away, into the living room.”

Kellner asked her what she recalled of the scene.

“She was laying there, and the thing I remember the most, is that I knew she was gone,” Lettin said. “I knew she was dead. She was not moving. Someone had draped a blanket across most of her head, which I assume covered some wounds or something.”

Smith, investigators would determine, was beaten to death. A bloody auto-body hammer was discovered near her body.

“She was on the floor next to the couch,” Lettin said.

Lettin said the four of them ran to the unit next door and asked the man living there to check on her mother.

“He wasn’t gone very long,” Lettin said. “And he came back and said that she was gone.”

Lettin also was shown photos of her mother’s purse, its contents dumped out on her bed.

“She would have never emptied it like that,” Lettin said.

Finally, Kellner then asked her to turn and look at Ewing, sitting at the defense table in a light blue shirt and red tie. He asked her whether she recognized him as someone who had been in their home in 1984 or had known her mother.

Each time, Lettin answered the same way: “Absolutely not.”

Defense attorneys did not ask her any questions.

9NEWS spoke with the family of Smith in 2018 before a suspect was arrested. You can watch that story below. 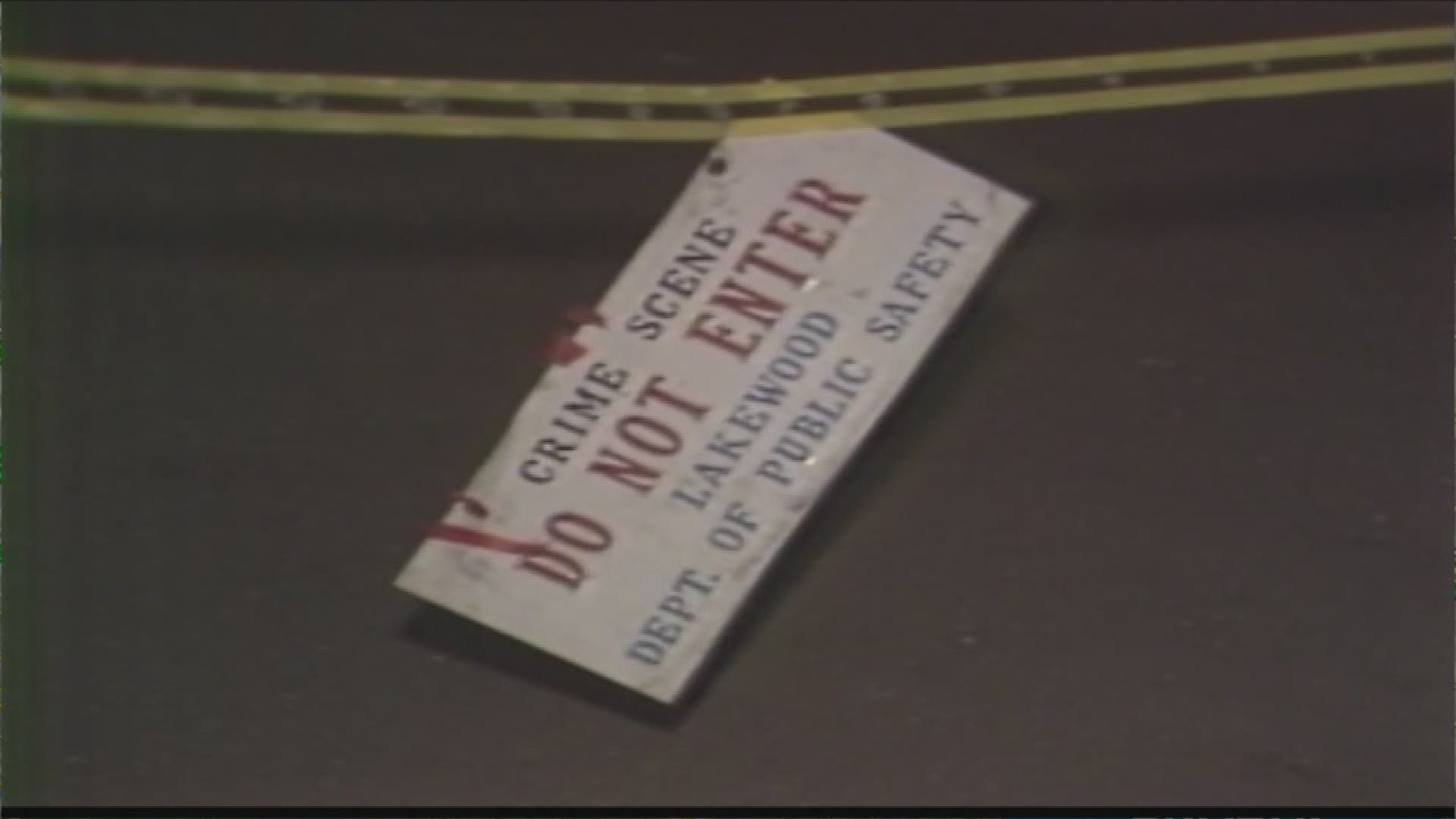 Lettin was the 12th witness called by the prosecution. After she stepped down, Lettin was met at the back of the courtroom by a woman whose father had been the neighbor who checked on her mother.

They shared an emotional embrace.

Ewing, 60, was identified as a suspect in the Bennett and Smith killings after a 2018 DNA hit.

At the time he was behind bars in Nevada, serving a sentence for a late-night ax handle attack on a couple in Henderson that occurred about seven months after the Bennett and Smith murders.

After a 20-month extradition fight, he was returned to Colorado in February 2020 to face charges in the two cases.

The crimes are the focus of a 9Wants to Know Investigative podcast. “BLAME: The Fear All These Years” takes listeners back to the attacks and tells the stories of those most deeply impacted —  the survivors and the loved ones of the dead. It follows the police investigation through years of cold-case frustration, forensic breakthroughs and the latest developments.