Alex Christopher Ewing is scheduled to go on trial April 19, 2021 in the slayings of three members of the Bennett family in Aurora. 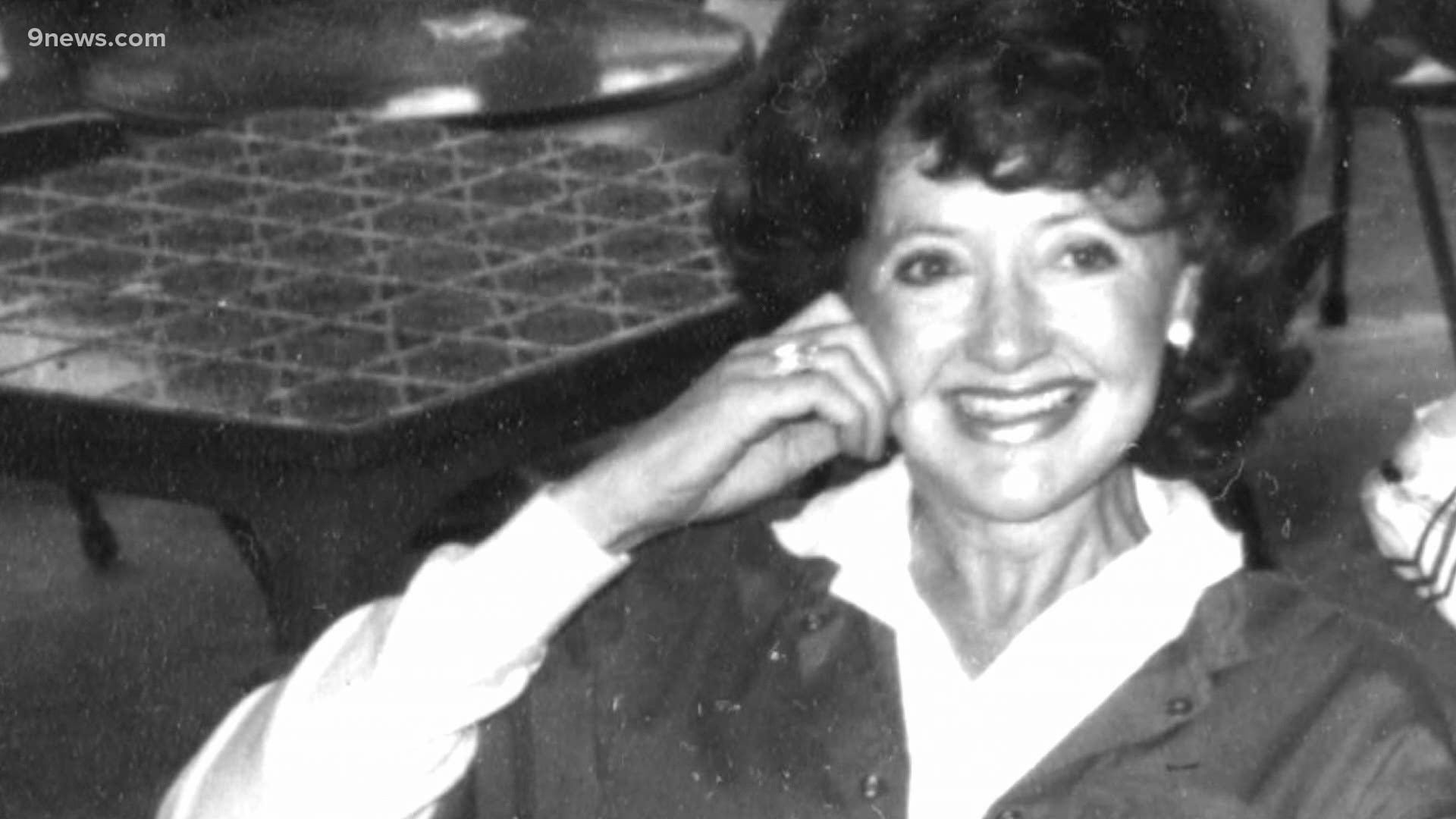 ARAPAHOE COUNTY, Colo. — The death penalty is off the table for the man accused of the brutal 1984 hammer murders of three members of an Aurora family, a judge announced Monday morning.

The news came at a court hearing for Alex Christopher Ewing, who has been charged with killing Bruce and Debra Bennett and their 7-year-old daughter, Melissa, on Jan. 16, 1984.

Chief Judge Michell Amico ruled that under 1984 sentencing laws the maximum penalty Ewing could face is life in prison with parole possible after 20 years.

She made the announcement at Ewing’s arraignment Monday morning in Arapahoe County District Court, a hearing that had been delayed twice and went ahead despite a defense motion to postpone it again amid concerns about the COVID-19 pandemic.

> Video above: A look at BLAME, 9NEWS' true crime podcast that takes listeners along the trail of the 1984 hammer murder suspect.

Ewing did not speak, but Stephen McCrohan, one of his attorneys, pleaded not guilty for him.

Judge Amico scheduled a five-week trial for Ewing. It is set to begin April 19, 2021.

The case was unsolved for more than 34 years before a DNA hit in 2018 identified Ewing, at the time serving a prison sentence in Nevada, as the suspect in the notorious, long-unsolved killings – murders that shocked the Denver community.

Although the murder weapon was not found, a coroner concluded the attacker used a claw hammer. The couple’s younger daughter, Vanessa, was horribly beaten but survived, and both girls were sexually assaulted.

Ewing also faces a first-degree murder charge in the Jan. 10, 1984, killing of Patricia Louise Smith, a 50-year-old interior designer. She was raped and beaten to death with an auto-body hammer that was left at the scene.

The arraignment in the Bennett case was twice delayed by Judge Amico while she considered whether the prosecution could seek the death penalty for Ewing.

Although the Colorado legislature outlawed the death penalty earlier this year, the new law did not apply to cases filed before the measure took effect on July 1. Ewing was formally charged in early March after he exhausted appeals of an order that he be extradited from Nevada to Colorado.

Ewing’s attorneys argued that the maximum penalty he could face under the 1984 law is life in prison with the possibility of parole after 20 years. Prosecutors argued that the sentencing structure in Colorado in 1984 allowed for a maximum sentence of death.

Judge Amico’s written ruling has not yet been made public.

In addition to the Smith and Bennett murders, he is suspected in two other attacks in Aurora earlier that same month. The statute of limitations had run in both cases, meaning criminal charges are not possible.

On Jan. 4, 1984, a man attacked a sleeping couple with a hammer, fleeing after he was challenged. Both suffered head injuries but recovered.

The next afternoon Smith was killed, and the following week the Bennetts were attacked.

On Aug. 9, 1984, Ewing was being transported from Utah back to Kingman for a court hearing when he ran off after jail deputies stopped the transport van in Henderson, Nev., for a bathroom break. That night, Ewing broke into a home in Henderson and attacked a couple with an ax handle, savagely beating them. He was arrested two days later, convicted of multiple charges and was still behind bars in that case when a DNA hit identified him as a suspect in the Colorado cases.

He fought extradition for more than a year and a half but was ultimately transferred to Colorado in late February.

RELATED: 'BLAME' podcast takes listeners along on the trail of 1984 hammer murder suspect in the Southwest