'It's been a long time waiting': Connie Bennett sees justice 37 years after murder of 3 family members

Alex Ewing was found guilty on all six counts related to the deaths of Debra and Bruce Bennett and their 7-year-old daughter, Melissa. 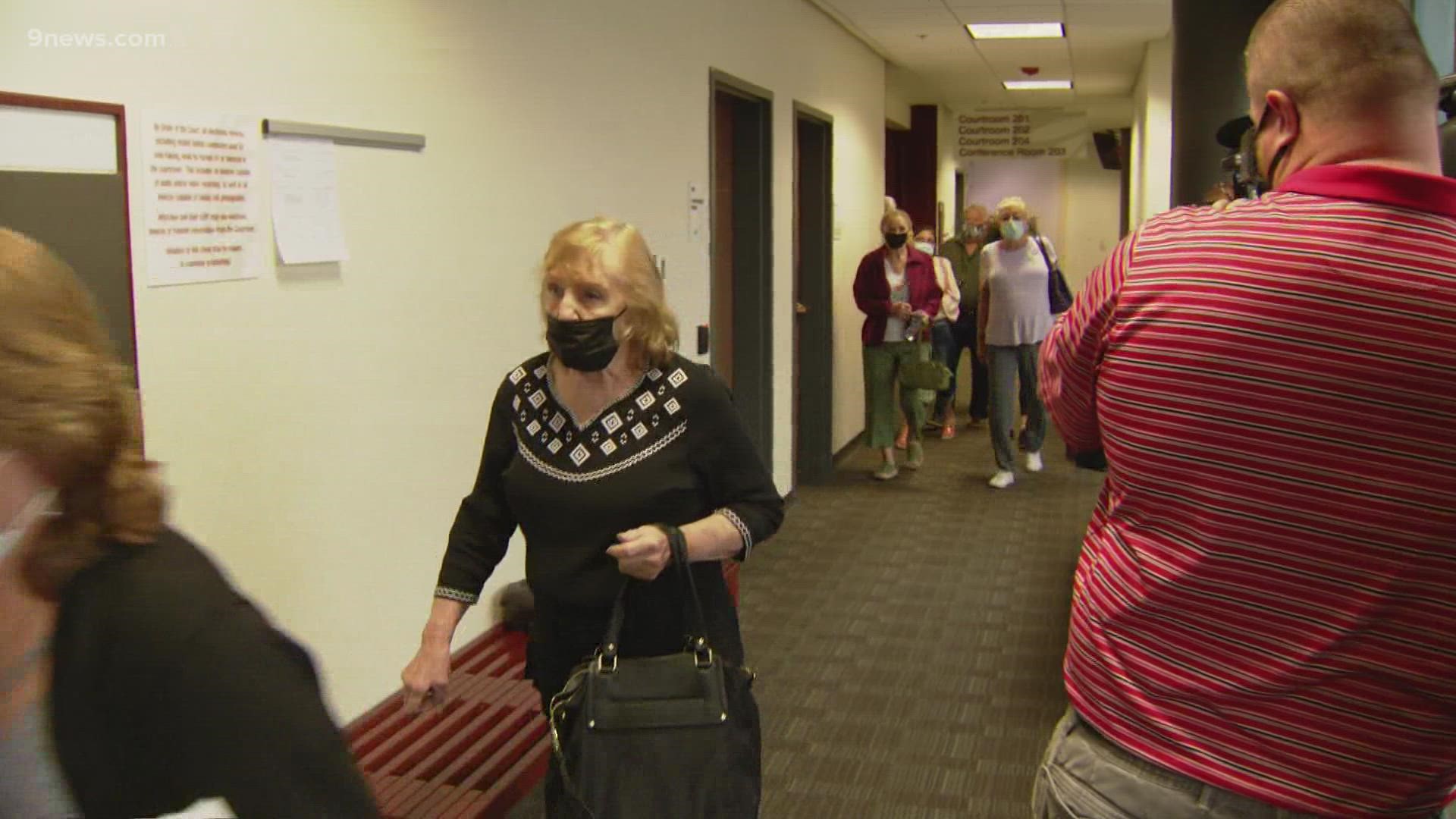 CENTENNIAL, Colo. — Alex Christopher Ewing was found guilty Friday afternoon on all counts in the 1984 beating deaths of an Aurora couple and their 7-year-old daughter – brutal murders that confounded investigators for more than three decades.

"I'm very happy that it's all over. It's been a long time waiting for this," said 87-year-old Connie Bennett following the verdict."It's just like a weight has been lifted off."

Her son Bruce Bennett, daughter-in-law Debra and 7-year-old granddaughter Melissa were beaten to death – the murder weapon, investigators believe, was a claw hammer.

Ewing, 60, faces life in prison but, under 1984 sentencing laws, will be eligible for parole after 20 years.

After the verdict, Connie Bennett spoke alongside District Attorney John Kellner who said he first became involved in the case in 2013 when he was part of a cold case unit.

"When we first looked at it, we thought that it was likely the killer was long gone," Kellner said. "We didn't have much hope then, but science and progress keeps marching on and ultimately we found this guy."

Ewing was not identified as a suspect until a DNA hit in July 2018 linked him to semen left at the crime scene. He faced six counts of first-degree murder.

"Every time we keep going back to the well with DNA and genetic genealogy, we get better and better at this and we find the people responsible for these heinous crimes who think they got away with it," Kellner said.

The jury had indicated it was deadlocked Thursday afternoon, but District Judge Darren Vahle asked them to go home for the night, rest, and return Friday to continue deliberating.

Before the jury was brought into the room Friday afternoon, defense attorney Katherine Spengler requested a mistrial, asserting that the judge’s instruction the night before was “coercive” and likely forced at least one jury to “surrender an honest conviction” that Ewing was not guilty.

The verdict came about 2 p.m. after roughly nine hours of deliberations over two days – the first of which came after jurors indicated they were deadlocked.

The jury got the case shortly after noon on Thursday. About 3 ½ hours later, prosecutors and defense attorneys were summoned to the courtroom, where Judge Vahle read a note signed by the jury’s foreperson: “We are at a point where we are at an impasse with virtually no possibility of agreement.”

RELATED: 'At an impasse': Jury deciding fate of suspect in 1984 killing of Bennett family heads home for the day

“The court will not grant a mistrial at this point,” Vahle said. “I think it’s too early to do that.”

Ultimately, he decided to send the panel of six women and six men home for the evening, instructing them to rest and return Friday morning to continue their deliberations.

The case has centered on two competing narratives of the implications of the evidence in the case.

Prosecutors argued there is no innocent explanation for the presence of Ewing’s DNA on carpeting where Melissa Bennett’s body was found and on a comforter covering her. That DNA, forensic experts testified, was extracted from sperm.

Defense attorneys challenged the way police handled, stored, and tested evidence – and attacked the failure to look for “touch DNA” on a number of items the killer is believed to have handled, including a butcher knife used in the attack.

Jurors were also told that Ewing’s DNA was recovered from the Lakewood townhome where Patricia Louise Smith, a 50-year-old interior decorator, was raped and beaten to death with a hammer six days before the Bennett killings.

Ewing is scheduled to go on trial in that case in October – something the jurors were not told.

Bruce and Debra Bennett’s younger daughter, Vanessa, was just three the day of the attacks. She suffered critical head injuries but recovered and testified briefly in the trial.

"It's a great day today,"  said Connie Bennett. "I think it will make a difference in the lives of the family."

At the time Ewing was identified as a suspect in the Bennett and Smith cases, he was still serving a 110-year sentence for a late-night ax handle attack on a couple in Henderson that occurred about seven months after the Bennett murders.

The hit came after Nevada prison officials started obtaining DNA from inmates and adding it to the FBI’s national database, known as CODIS. It was there that it was matched first to the Bennett murders and then to Smith’s killing.