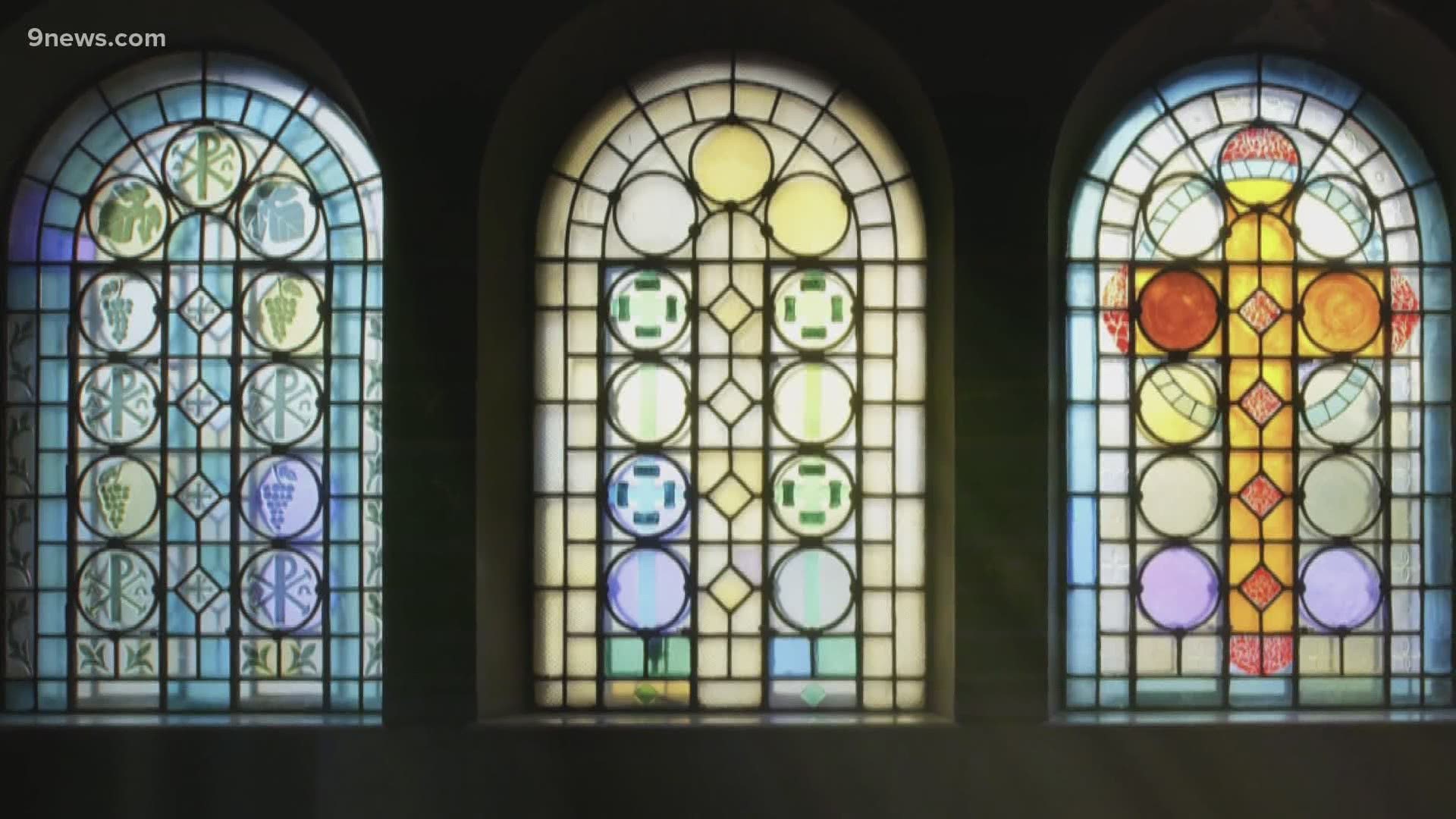 COLORADO, USA — Father C.B. Woodrich – a legendary figure in the Catholic church for his many acts of care for those experiencing homelessness – sexually abused three boys in the 1970s and 1980s, according to a new report made public Tuesday by Colorado Attorney General Phil Weiser.

Woodrich, better known as “Father Woody,” molested one of the victims repeatedly – once or twice a month for six years, from the time the boy was 12 until he was about 18 – according to the report, which was written by former U.S. Attorney Bob Troyer.

Woodrich died suddenly in 1991 at age 68 after suffering an asthma attack.

The two other boys Woodrich victimized were both molested in the 1970s, according to the report. Both were teenagers.

"Father Woody" is a revered figure in the Archdiocese of Denver for his work with people experiencing homelessness. The homeless shelter, Father Woody's Haven of Hope, was initially named after him, as well as an annual Christmas party that provides meals and gifts for people in need. 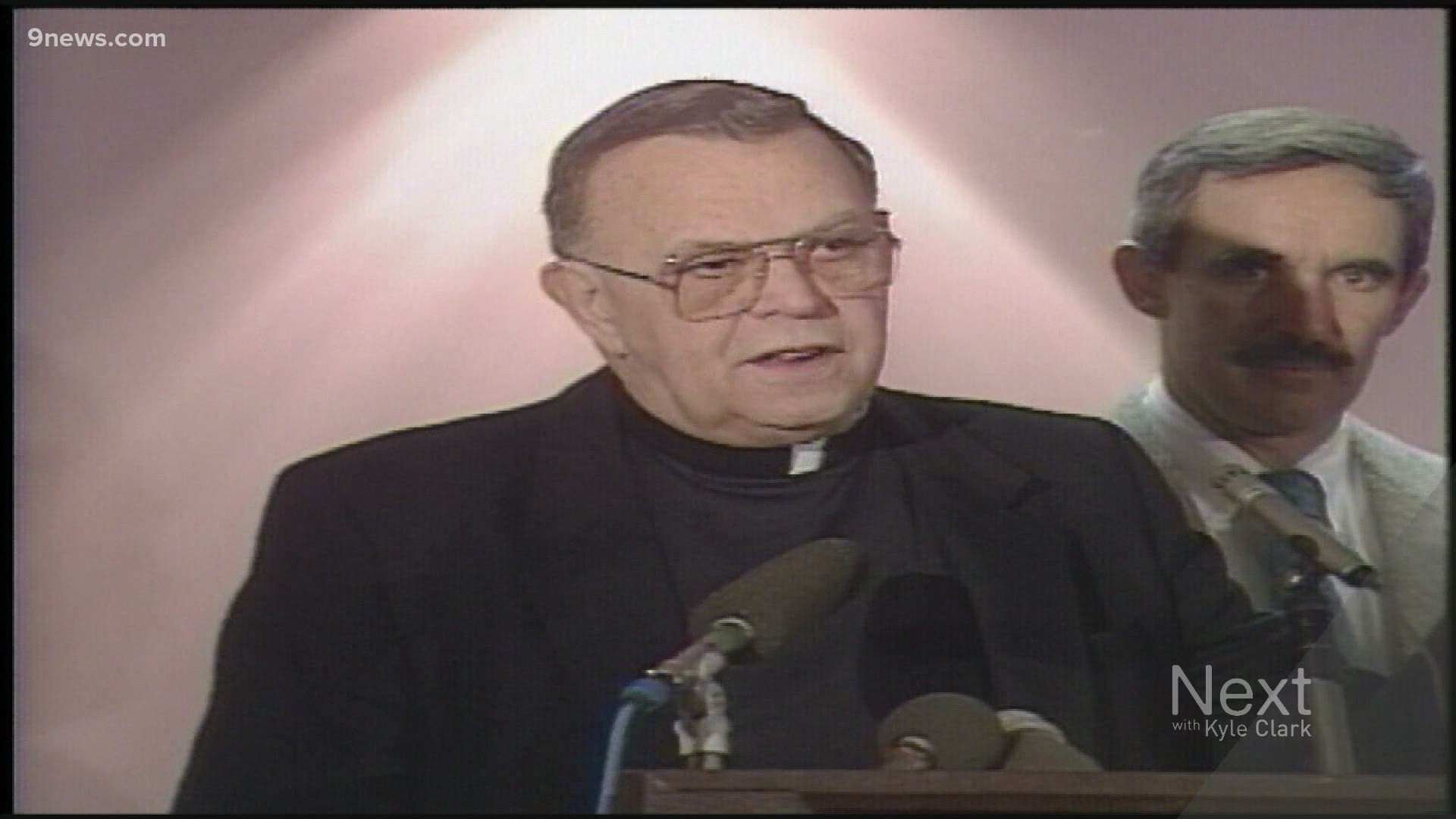 The shelter this year was renamed Haven of Hope - Jay Gould Center after staff was made aware of the allegations against Woodrich, said Don Gallegos, president of the shelter's board, in an email.

"The only thing that matters is the work we are doing," Gallegos wrote. "We must protect the work at all costs so it can continue. With that said we have always strived to be a Haven of Hope, this won’t change. We are moving forward as Haven of Hope where, 'We are not here to Judge; we are here to serve.' We are not associated with the Catholic Church, or any other organization. Our funding comes solely from private donors and foundations."

In all, Troyer and investigators working for him examined 70 years of records from the Archdiocese of Denver, the Diocese of Colorado Springs and the Diocese of Pueblo and conducted scores of follow-up interviews as part of a groundbreaking agreement between the church at the Attorney General’s office.

That led to the conclusion that at least 212 children were sexually molested by Catholic priests since 1950 in Colorado – and that for decades church leaders enabled it.

They issued an initial report in October 2019 and followed up Tuesday with information that has come to light since then.

At least 46 victims have come forward since then. All of the instances of abuse in the new report occurred before 2000.

In the past year, the church has paid out more than $6.6 million to abuse victims in Colorado.

And while the first report repeatedly criticized church leaders for decades of inaction – and worse – when abuse was reported to them, the document made public Tuesday lauded changes made in the past year:

“We conclude … that each diocese quickly committed to implementing our recommendations and has since made meaningful changes. Each has now implemented very substantial, specific, and measurable improvements to its child-protection systems. No diocese rejected a single one of the first report’s recommendations.”

But it also unmasked one of the church’s most beloved figures as a child sex abuser.

Woodrich is by far the most well-known member of the clergy to have sexual abuse allegations substantiated against him.

He held high profile positions with the Archdiocese of Denver during the time he was found to have sexually abused those boys. For years, he was in essence the church’s public face in the metro area, serving as the archdiocese’s director of public relations from 1969 to 1986 and as editor of the Denver Catholic Register from 1972 to 1986.

His death and its aftermath commanded the entire front page of the Register two weeks in a row.

Woodrich received numerous honors during his lifetime, and he remains a revered figured in Denver. His memory is celebrated with the annual Father Woody Christmas Party held at his old parish, Holy Ghost, and at Father Woody’s Haven of Hope, a day shelter for those who are homeless.

But now he is one of 52 former Colorado priests who have been credibly accused of child sex abuse in the state.

Attorney General Weiser spoke about the report during a news conference Tuesday morning.

“It takes real fortitude for those who have been victimized and suffered sexual abuse to come forward and to tell their stories,” Weiser said. “And these survivors are the heroes of this effort. Our goal is for this program to honor the courage, the sacrifices, and to enable the healing of all survivors of childhood sexual abuse by Catholic priests.”

The Archdiocese of Denver has since issued the following statement in response to the report:

“One of the primary reasons the Archdiocese voluntarily participated in an independent review and independent reparations program was so that any survivor who had not previously come forward would be encouraged to do so in a safe and protected process. We are grateful for everyone who bravely shared their stories, and we pray this process provided survivors with a measure of justice and healing. For Catholics, learning about the past sins of former priests has been extremely difficult, especially when the priest was well-known and respected. For any priest that has been named in the initial report or supplemental report, the archdiocese has removed that priest’s name from any honorary designation including buildings, facilities, and programs. It is important to note that the ministerial work of the Church is the work of Jesus Christ, not the work of a specific priest. Any employee or volunteer who has participated in the work of Christ in serving others should not feel that their work has in any way been diminished.”

The Catholic Bishops of Colorado also released a statement on the findings from the supplemental report that reads, in part:

In addition to reviewing the past, the supplemental report also focuses on the present, including a review of the steps taken by the dioceses in the last year to improve their policies and practices when it comes to handling allegations of abuse and helping survivors that come forward."

Tuesday's report paints a fuller picture of abuse by Catholic priests in Colorado in decades past:

The report notes that the follow-up work carried out over the past year confirmed observations made in the initial report:

“Specifically, these incidents provide further evidence that historically the dioceses enabled clergy child sexual abuse by transferring abusive priests to new parishes; taking no action to restrict their ministry or access to children; concealing the priests’ behavior with secrecy, euphemism, and lack of documentation; silencing victims; and not reporting the abuse to law enforcement.”

A year later, the report heralds the changes in policy made by church leaders, but also offered a note of caution.

“These important improvements appear to be sound,” the report said. “At this point, though, they are largely untested. As a result, perhaps the most important enduring protective improvement is that each Colorado diocese has committed to regular third-party qualitative audits of their child-protection systems to ensure they will function as designed.”

That audit, the report concludes, should “further strengthen each diocese’s child-protection systems as any weaknesses are detected in their actual future operation. Thus, each Colorado diocese is now well on the way to systems that will produce honest, valid determinations whether child sex abuse incidents have occurred and, if so, systems that will help heal victims and remove priests accused of abuse from ministry.”