A Lakewood gun store experienced a 65% increase in sales in 2020 compared to 2019. CBI said it conducted more background checks for gun sales than it ever has. 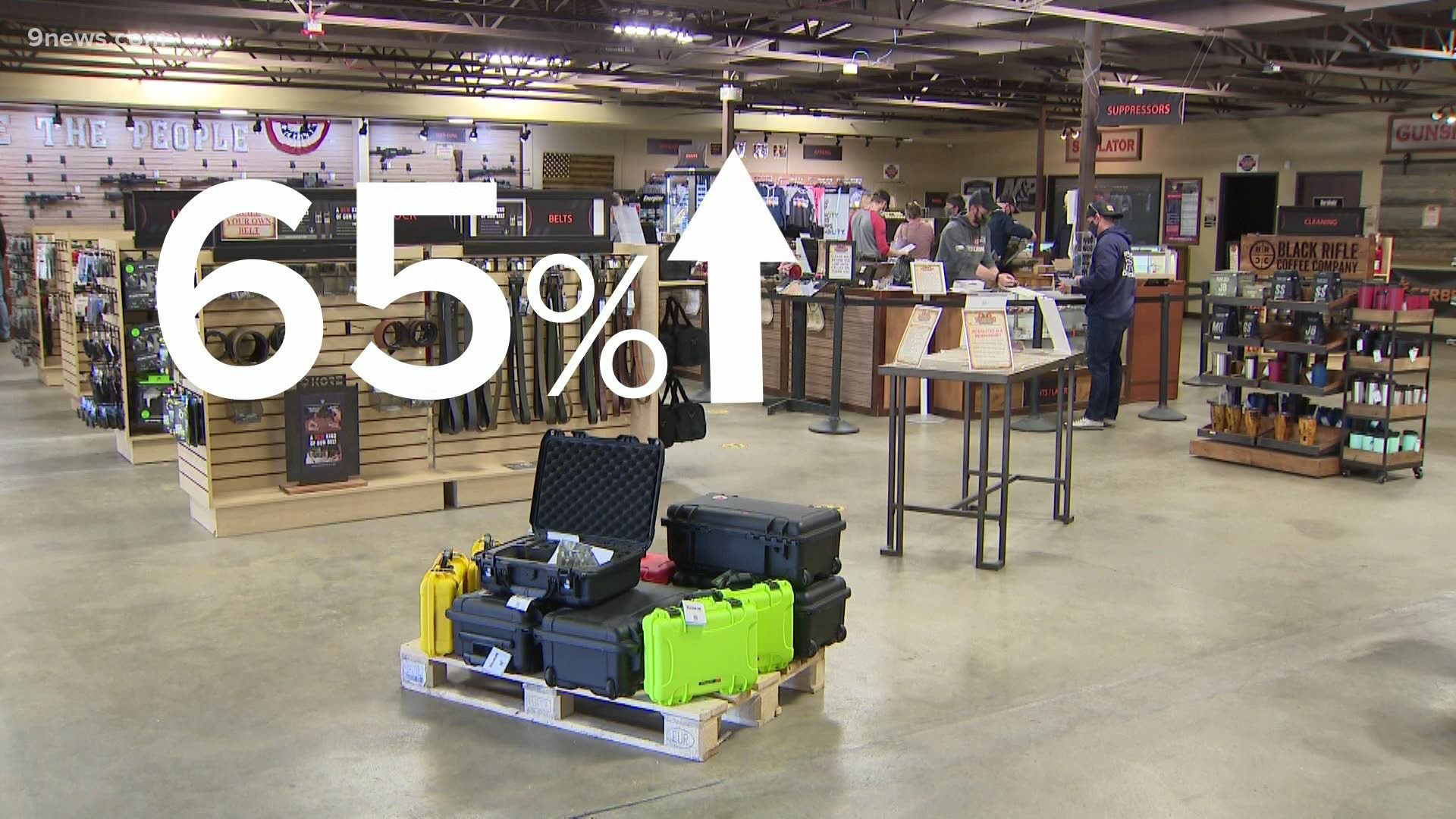 DENVER — Business is booming at the Bristlecone gun store in Lakewood.

Now in its sixth year, Bristlecone had its best year ever in 2020 after posting a 65% increase in sales from the year before. Handguns, especially nine millimeter handguns, sold especially well, according to the store's co-owner Jacqueline Clark, who said the sharp uptick in sales began last March and has continued ever since.

"We attribute it to COVID, people’s perception of a greater need for personal and home defense," Clark said.

Statewide, the Colorado Bureau of Investigation (CBI) conducted more than 500,000 background checks for gun sales last year, almost all of which were approved. It was the most in state history, and a 46% increase over 2019.

Denver Police Chief Paul Pazen said many of those stolen guns were then used to commit other, more violent, crimes —,most notably, perhaps, the murder of 64-year-old Mark Outman, a prominent Denver architect who was shot to death two weeks ago after police said his home was burglarized in the middle of the day.  According to Pazen, two of the three guns that were recovered from the scene were stolen. Two of the suspects in the case were arrested, the third was shot and killed by police.

"These illegal guns that end up on our streets have tragic consequences...we don’t get to go backwards from that," Pazen said.

Pazen added that the number of stolen guns in Denver declined for three straight years until last year -- the year of the global pandemic, economic hardships and significant increases in crime; a year that Pazen described as a "perfect, horrible storm."

So far this year, there are no signs that the storm is winding down, but Pazen said he is hoping that, by properly securing their weapons, gun owners will help reduce the number of stolen guns that are flooding Denver’s streets.

"We beg people, we ask people to be responsible gun owners," Pazen said.