One woman alleged that Robert Feldman sexually assaulted her on a date. Another went out with him with no idea he was accused of killing his wife. 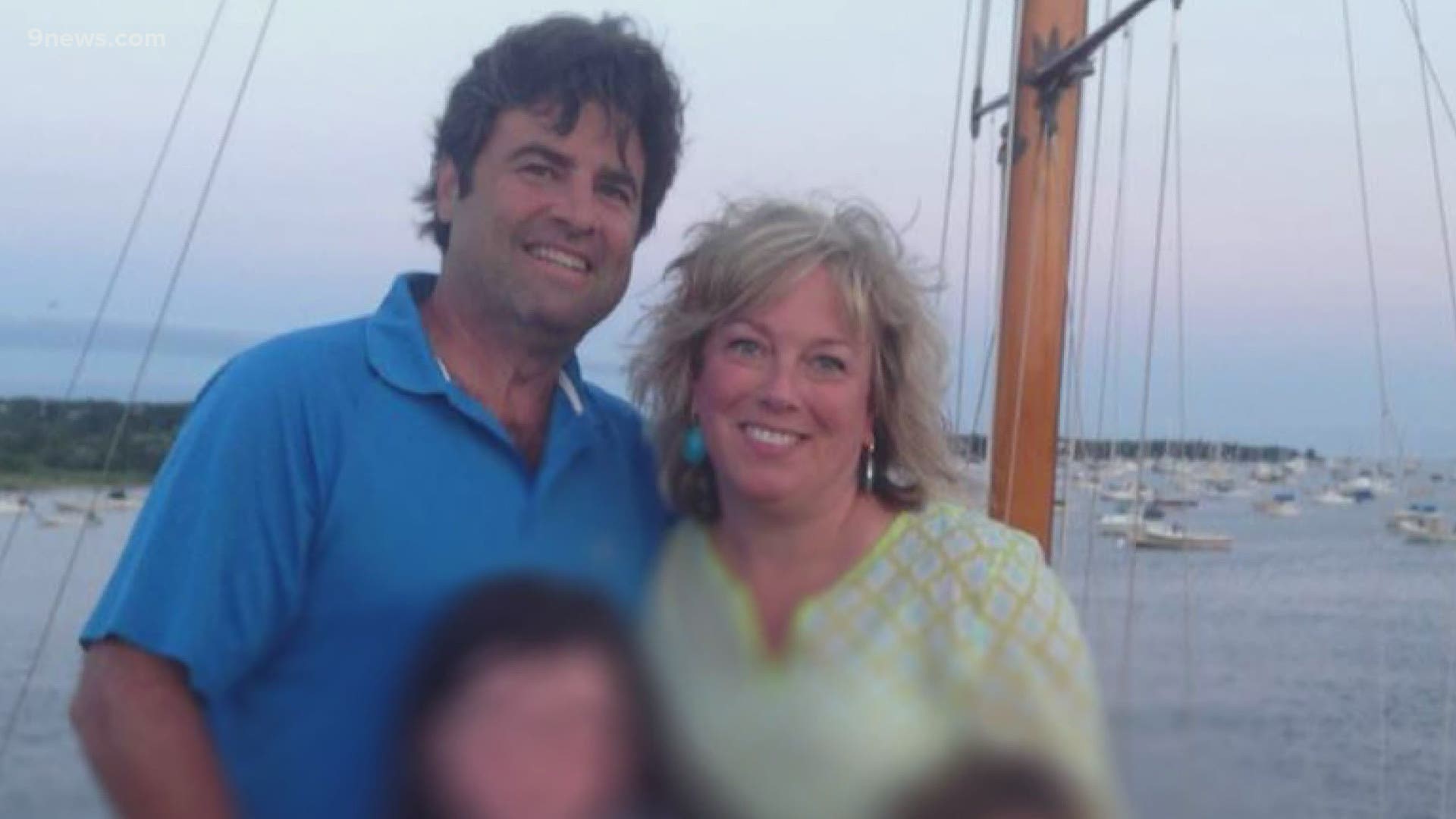 DENVER — Robert Feldman is scheduled to go before a jury in September for the mysterious 2015 death of his wife – which occurred just hours after she allegedly learned that he was having an affair.

That other woman told police that she met Feldman on a dating website, that he told her he was divorced and that they had sex. And then, she told police and later confirmed to 9Wants to Know, that she became suspicious of Feldman’s story and was able to determine he was still married. According to court documents, she told Feldman’s wife, Stacy, about the affair just hours before her death – and that is expected to be a key point of the prosecution’s case after the trial begins in Denver District Court.

But a months-long 9Wants to Know investigation found that she may not be alone – that testimony may focus on Feldman’s alleged pursuit of relationships with other women, and his interactions with some of them.

He apparently maintained different profiles on various social media and dating apps – using different names and in some cases different background information. For instance, on one dating app located by 9Wants to Know, he’s listed as a Conservative Jew in his mid-50s, and on another as a Reform Jew in his mid-40s.

Among those who could be called to testify is a woman Feldman allegedly met in grief counseling. She told 9Wants to Know that he sexually assaulted her.

In all, 9Wants to Know identified at least five women he allegedly pursued relationships with in the years after his wife’s death – at least two after he was arrested, charged with first-degree murder and freed on $1 million bail to await trial.

One of the women confirmed details of her interactions with Feldman but asked not to be named. Two others could not be located.

But two of them did talk, on the record, for the same reason: to warn others.

“I really don't want any other woman to be in that situation,” said Stephanie Schumaker, who has accused Feldman of sexually assaulting her after she agreed to go on a date with him.

No criminal charges were filed in that case, which she did not report to police until several weeks after the alleged incident.

“Women should just listen to their intuition, listen to their guide and just be really careful,” said Tracy Faigin, who went on one date with Feldman but ended all contact after she learned he was out on bail and facing a murder charge.

Feldman has declined repeatedly to comment to 9NEWS. His attorney, Jeff Pagliuca, did not respond to a message requesting comment left at his office.

The first sign of trouble came mid-afternoon on March 1, 2015, according to court documents. That’s when Robert Feldman called 911 to report he’d returned home to find his wife collapsed in the shower with the water running.

A doctor at Denver Health Medical Center pronounced her dead just before 4 p.m. that day.

It is clear from court documents that detectives were almost immediately suspicious of Robert Feldman, that, for instance, the man appeared “to be acting as if (in) shock or confused.”

At an autopsy the next day, a forensic pathologist could not find any internal injuries that would explain how the woman died and that further testing would be needed. Ultimately, Denver’s medical examiner ruled that how and why Stacy Feldman died “cannot be determined.” Dr. Kelly Kobylanski, who performed the autopsy, found both underlying medical conditions – like cardiovascular disease – and multiple injuries – hemorrhages and abrasions. But Dr. Koylanski concluded that the injuries could have been the result of efforts to resuscitate Stacy Feldman and that drowning “cannot be completely excluded.”

The first break in the case came four months after Stacy Feldman’s death when a woman called Crime Stoppers and said she’d met a man she identified as Robert Feldman on a dating website, that they’d had dinner at her home Feb. 26, 2015, and that they’d had sex that night, according to the affidavit. He told her he was divorced, she said, but after she sensed he was “blowing her off” she determined that he was married and located an e-mail address for Stacy Feldman, according to the affidavit.

That woman, who spoke to 9Wants to Know on the condition that her name not be used, confirmed the details spelled out in the affidavit.

But even with that information, it wasn’t until late 2017 that detectives got what they needed to arrest Robert Feldman: An outside doctor who reviewed Stacy Feldman’s autopsy report and other evidence and concluded that she was a victim of “strangulation or suffocation” and that her death was a homicide.

Feldman was arrested in March 2018 and charged with a single count of first-degree murder.

His trial is scheduled to start Sept. 22 and run for two weeks.

By the time Feldman was arrested in his wife’s death, Stephanie Schumaker was working to put behind her what she described as a frightening and humiliating experience.

After the loss of a son, she and her two daughters had gone to a grief class. The same organization later offered a class for parents who have suffered a loss, and she enrolled in that one.

She told 9Wants to Know that she met Feldman there.

“We met once a week, had dinner and just talked,” she said. “So that's how I had met him and got to know him and his kids.”

She said they hit it off.

“He seemed really nice,” she said, “and he was interested in, in me as a person.”

But as she looks back on it now, she said one thing gave her pause.

“He never mentioned the loss, or how he lost his wife, or anything at that point,” she said. “I thought it was kind of odd, because a lot of us had shared how we had lost our loved ones. But then I thought maybe it's just how he's coping with it, not talking about it.”

Eventually, she said Feldman suggested they should get their kids together, and they exchanged phone numbers.

Months later, he called, asking her out on a date.

“There was a pool in his community is what he had said, and then we were going to go to dinner,” she told 9Wants to Know. “And then when I got to his house, I found out the pool is in his backyard. So almost instantly I felt like there was something off, when I got there ... I thought maybe I was just overreacting.”

They talked at the pool, then she said that Feldman asked her to look at something upstairs. That’s when she said he forced himself on her.

“At this point I was like, well I can let it happen and leave and get out of here safe, or I could possibly leave with, you know, bruise marks and stuff, and what would I say?” Schumaker said. “At that point I was just humiliated that I had got myself in that situation.”

A couple weeks later, she went to a doctor after experiencing a medical issue. She then reported the allegation to police, who told her it would be difficult to prove. No charges were filed.

She was shocked, she said, when she saw a news report that Feldman had been arrested and charged with his wife’s murder.

“I still struggle with it, with how I responded,” she said. “And it's still difficult because part of me still says, you know, I was a coward for how I handled it. But I was frightened for sure and at that point I just was in survival mode.

In a court filing, prosecutors said they don’t plan for her to testify when they put on their case – but signaled they’ll ask the court to call her “should the door be opened to this evidence during trial …”

Tracy Faigin met Feldman in early 2019 on J-Date, an app catering to people of Jewish faith.

They agreed to meet in a park near Feldman’s southeast Denver home.

“It sounded very nice, I brought my dogs with me, I checked out the park beforehand,” Faigin said. “There was a lot of foot traffic, a lot of other people around. There was nothing suspicious about it.”

She said they talked about where they grew up, their families, their interests.

“It was a very typical get-to-know-you first date,” she told 9Wants to Know.

She said he told her his name was Bob, and that he was widowed – but he offered no details about his wife’s death. The one odd moment came when he told her his two kids lived in Connecticut – he didn’t tell her they were there because he lost custody of them after being charged with his wife’s murder.

“I noted that, but again, it's your first date, so you just, you know, we were just kind of making small talk, getting to know each other,” she said.

She described Feldman as “very nice,” and the two stayed in touch through text messages. That’s when she said he began pressing her for a second date.

“He kept referring to coming over to his house and making me dinner, and, I mean, that's not really what I consider appropriate for a second date,” Faigin told 9Wants to Know.

She said she had a meeting for coffee or a drink in mind, and eventually just asked him why that wouldn’t be an option.

“He asked me again if I would come to his house, and I asked him why, and he said, ‘Well, I have some legal troubles and I'm not allowed to leave the house,’” she recalled.

That sent her to her computer, where she typed in “Robert,” “Denver,” and “house arrest.”

“The 9NEWS article and lots of other articles came up” she said. “I couldn't believe it; there was this picture.”

She ended all contact, thankful that she did not agree to a date at his home.

“I feel like I did the right thing,” she said. “I met him in a public place, you know, I checked out the location before I went … I didn't put myself in a situation where I, you know, could have been harmed. I didn't go to his house without knowing a lot more about him. And I'm glad I didn't.”

Contact 9Wants to Know investigator Kevin Vaughan with tips about this or any story: kevin.vaughan@9news.com or 303-871-1862 or Nicole Vap at nicole.vap@9news.com.