In Feb. 2019, Colorado Springs Police served an arrest warrant on John Mullins, but he claims he didn't hear police warnings because he was in the shower. 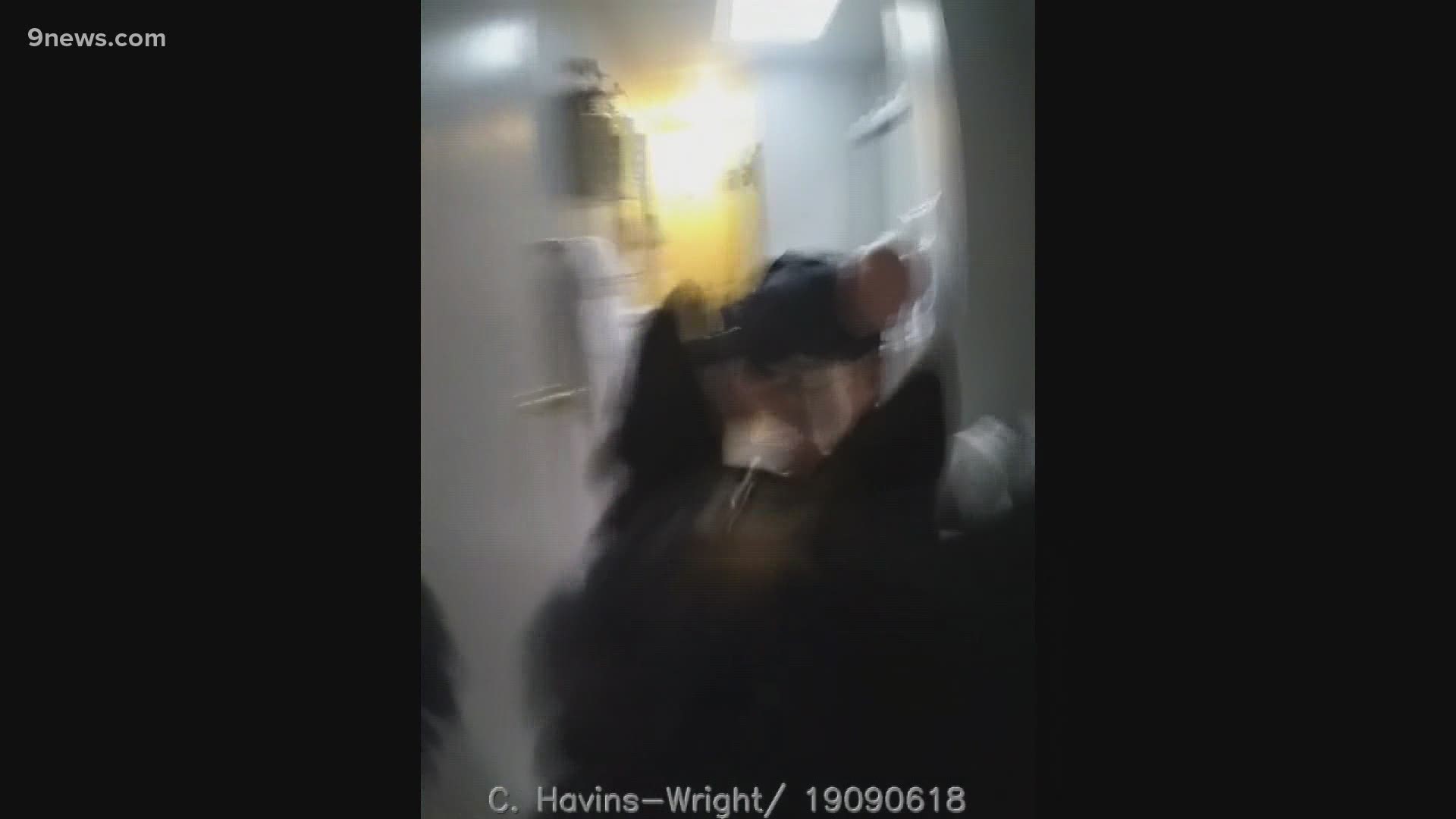 COLORADO SPRINGS, Colo. — John Mullins, 48, has filed a federal lawsuit against Colorado Springs police after a K-9 dog attacked him while he stepped out of the shower.

Mullins claims in his lawsuit he couldn’t hear the repeated police commands to come out of his home because he was taking a shower.

Police body camera footage provided to 9NEWS by Lane shows police yelling out four warnings to Mullins over a span of about two-and-a-half minutes before officers unleash the dog.

The K-9 eventually found Mullins naked in the bathroom and latched its teeth onto his leg.

In the video, you can hear Mullins screaming, “I was in the shower,” as police demanded he show his hands while the dog remained latched on to his leg.

“They won’t take the dog off him until he shows his hands, which is so counterintuitive to human instinct,” Lane said.

Lane said his client’s mother and sister were already taken out of the home by police before the dog was unleashed and that officers could have asked them to get Mullins out of the shower.

“The cops are going to say that everyone is a threat, but that doesn’t mean you get to sic dogs on everyone. You have to be reasonable. He was in the shower naked. All they had to do was ask mom and sister, ‘Oh where is he?’”

A 9Wants to Know review of Mullins’ background shows he has a record of resisting arrest.

A history of resisting arrest is considered a factor in the use of K-9 police dogs, according to the Colorado Springs Police Department's (CSPD) use of force policy.

"The subject’s history of violence/resistance, including any past history of the subject being armed with a weapon," the police policy says, as a bullet point.

Lane said his client was not acting violent and that police violated his constitutional rights.

“It could have been fatal to Mullins. He was really worried he was going to bleed out and they had to do major surgery on him to save his leg,” Lane said.

A spokesperson for CSPD said he couldn’t comment on pending litigation.