Federal agents in Denver are zeroing in on crooks using the Dark Web. 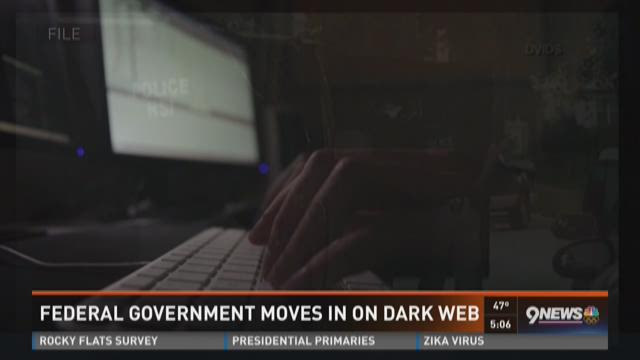 Federal agents in Denver are zeroing in on crooks using the dark web.

"I would say every major organized criminal activity has a presence on the dark web," said 9News Cyber Expert John Sileo of The Sileo Group.

"It's where a majority of child pornography, where malware is bought and sold, fishing kits, it's where weapons and terrorism and 'hack-tivisim' take place," he said.

Sileo describes the internet as an iceberg.

At the top -- the "open web" -- are sites you can find using search engines.

Underneath that is the Deep Web, which is comprised of password-protected sites like email, internal databases, and activity you can't find on a search engine.

Within the Deep Web is the dark web. It accounts for between 3 percent and 4 percent of Deep Web traffic, but even a fraction of activity represents trillions of interactions.

Sileo said there is an enormous shadow economy. He puts the volume in the realm of hundreds of billions of dollars, but due to encryption and anonymity, authorities have little idea how much money is at stake.

He added the dark web has created a forum for terrorists with sophisticated cyber strategies to recruit fighters and engage in sex trafficking.

"It's growing both politically, economically, and virtually every market we see," Sileo said.

Sileo said criminal cases focusing on the dark web send a message worldwide. And, without more scrutiny, the ramifications could be enormous.

"It's organized crime that's running most of this and if left unchecked, they could become as powerful -- or more powerful -- than legitimate companies and governments," Sileo said.