What happened to Deb Garcia? Family's investigation finds Colorado mother may not have died of natural causes

A coroner initially said Deb Garcia's 2002 death was due to natural causes, but a new investigation from the family revealed something else could have been at play. 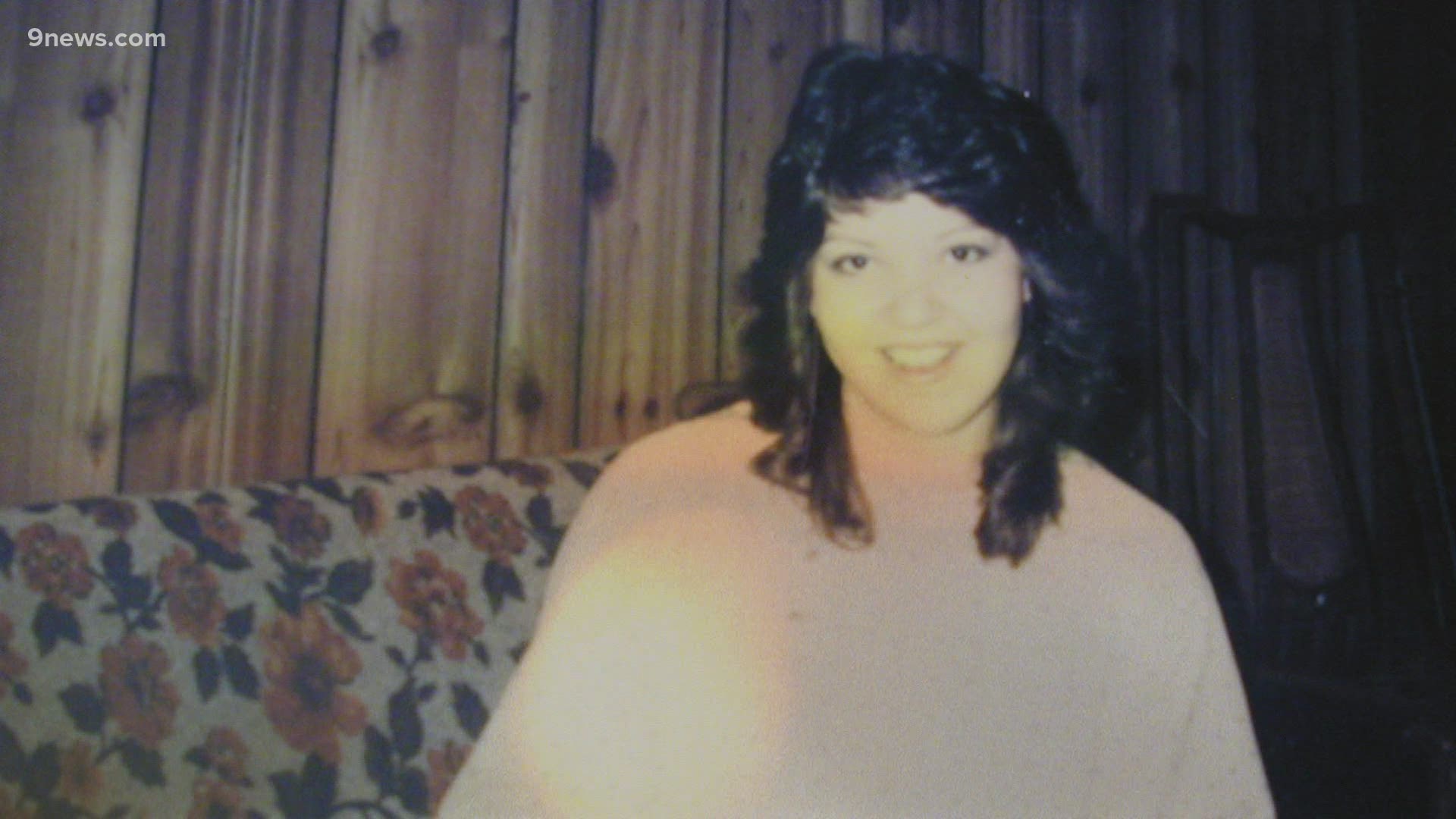 ALAMOSA, Colo. — On New Year’s Day 2002, Deb Garcia, a 34-year-old mother of two small children, died at a hospital in Alamosa after her husband reported finding her in bed, unresponsive.

There was nothing to immediately explain the mysterious death, and her heartbroken family grappled with their grief and an overriding question: What happened?

The coroner in Alamosa was not a forensic pathologist, the kind of specially-trained doctor who is allowed to perform autopsies. As a result, the case was transferred to Dr. David Bowerman, at the time the coroner in El Paso County.

The day after Deb’s death, Dr. Bowerman conducted her autopsy and ultimately concluded that she had been suffering from three undiagnosed heart conditions. The result, he determined, was a malfunction of the heart’s electrical system that caused an irregular rhythm – and sudden death.

It was a case, he wrote, of natural causes.

“We all went in there and I asked him what his thoughts were as far as the autopsy and had he done a thorough autopsy, and he assured us he had,” Deb’s brother, John DeHerrera, told 9Wants to Know.

He and other family members walked away trusting Dr. Bowerman’s conclusion.

“We as a family dealt with the grief, and lay Debbie to rest in the cemetery there in Alamosa, and went ahead and carried on with our lives the best we could,” DeHerrera said.

Eventually, Deb’s siblings and parents came to feel differently, and two decades later they have more questions than ever.

And now – armed with the opinions of three outside experts that this was no natural death, others clues they’ve gathered over the years and a stunning turn of events in a court hearing – they are pushing the new district attorney in Alamosa to open a new criminal investigation.

They suspect that Deb’s husband, Julius “Joe” Garcia, killed her amid marital problems – an assertion his attorney flatly denied.

“If you asked him, 'hey, did you kill your wife?', he would say no,” the lawyer, Erich Schwiesow, told 9Wants to Know.

According to documents obtained by 9Wants to Know, Garcia told authorities that he and Deb had gone out on New Year’s Eve after leaving their children with a sitter. After returning home, he said, they had sex that involved bondage with ropes.

Late on the morning of New Year’s Day, he said, he left Deb sleeping in bed and returned later to find her unresponsive, then called 911.

More than a decade after Deb’s death, her siblings started questioning the conclusion that she had died of natural causes.

They brought in an attorney, Baine Kerr, who determined that tissue slides from Deb’s heart, taken during the original autopsy, still existed.

In 2014, the slides, along with the original autopsy report and photographs, were shared with Dr. Michael Arnall, a forensic pathologist who conducted death investigations in Adams and Boulder counties.

According to documents obtained by 9Wants to Know, Arnall concluded that Deb’s heart was normal and that she was a victim of a homicide.

He recommended the family bring in a cardiovascular pathologist to get another opinion. As a result, Dr. Elena Ladich reviewed the materials and reached a similar conclusion, finding “no significant pathological abnormalities in the heart.”

The Colorado Attorney General’s Office opened an investigation, but it did not result in criminal charges.

Still, Deb’s family didn’t give up.

They ultimately obtained a number of sworn affidavits that raised more questions about what happened.

Deb’s mother, for example, recalled a conversation with Joe Garcia when he was in the military.

“Joe told us he knew how to kill people quickly and quietly by applying pressure from the back of the neck,” she wrote in an affidavit obtained by 9Wants to Know.

A woman who purchased a business the couple owned signed an affidavit asserting that Deb Garcia had confided to her that her husband had been cheating on her, and another woman also reported that Joe Garcia was carrying on an affair with a co-worker of hers. Joe Garcia denied the allegations

One of Deb’s nephews signed an affidavit said that the day before her death, he overheard Joe Garcia in a conversation at work asking this question: “If your spouse dies are your in-laws still considered family?”

And finally, a family friend reported that Joe Garcia bought Deb a $300,000 life insurance policy in March 2001 – about nine months before her death.

There were other things that also raised the family’s suspicions, including statements attributed to Joe Garcia.

For instance, according to court documents, Joe Garcia told a responding EMT on Jan. 1, 2002, that he’d left Deb alone for only a few minutes before finding her unresponsive. According to other documents, he told law officers he’d left her for 2½ hours before checking on her.

Eventually, Deb’s family, led first by her father and later by her sister, filed a lawsuit against Joe Garcia in probate court under a state law known informally as the “slayer statute.”

Based on “the principle that a killer cannot profit from his or her wrong,” It prohibits one who  “feloniously kills” a spouse from receiving an inheritance as a result of the death.

In this case, Joe Garcia received the proceeds of Deb’s life insurance policy among other money and property. Deb’s family wanted all of it to go to Joe and Deb’s two children, who were not parties to the lawsuit.

Schwiesow, Joe Garcia’s attorney, fought the suit, arguing that Deb’s loved ones didn’t have standing to file it because they were not beneficiaries of her estate and because the statute of limitations had run out.

The judge in the case disagreed and allowed the case to move forward, and as they prepared for trial Kerr brought in another expert, Dr. Judy Melinek, a nationally recognized forensic pathologist.

“When I looked at Deb Garcia’s heart under the microscope – at least the limited number of sections that were taken – I didn’t see the kind of pathology I would expect to see in someone who suffered from a cardiac death from an arrhythmia,” she told 9Wants to Know. “She didn’t have any past history of that. There was no pathologic finding. And the circumstances were awfully suspicious.”

Ultimately, she concluded that Deb “most likely died from complications of asphyxia from prone restraint in the context of sexual bondage.”

But she also offered the opinion that it could have been more sinister: “Her husband's familiarity with mixed martial arts neck holds, his shifting statements about her position and cause of death, financial motivations, and allegations of infidelity, all raise red flags that this case may be a homicide.”

Then, as the trial drew closer, there was a stunning move. Joe Garcia agreed to enter an “admission of liability” and settle the case for $500,000.

In accepting the admission, Alamosa County District Court Judge Martin Gonzales noted that the statute “talks about a determination by the preponderance of evidence that the elements for a felonious killing have been established.”

Judge Gonzales then concluded that there was, “in fact, an admission and a preponderance of evidence sufficient to establish the elements required.”

“The purpose of the admission is to admit liability pursuant to the specific Colorado slayer statute in order to dispense with a trial so that we can proceed to the court of appeals,” he said.

There, he expects to win the argument that Deb’s family doesn’t have standing and that the statute of limitations means it was too late to file suit, and that will lead to the dismissal of the suit.

“I take it with a grain of salt, to say the least,” Kerr said. “Why would you admit to having killed your wife 19 years ago in order to litigate unrelated legal issues in the court of appeals?”

He said the appeal that Schwiesow vowed to file “is completely unrelated to Judge Gonzales’ determination that Mr. Garcia feloniously killed his wife. Whatever happens on the appeal is going to have zero effect on that determination.”

A preponderance of evidence, the standard used in civil court, means “more likely than not.”

It’s a lower standard than “beyond a reasonable doubt,” the requirement in criminal court.

Even so, Kerr said he believes the turn of events, the conclusions of three separate experts, and the circumstantial evidence he has amassed should prompt a new criminal investigation.

He has approached the new district attorney in Alamosa, Alonzo Payne, with that request. Payne agreed to consider it, although it’s not clear how soon that could happen.

“The family and I are very optimistic that he will reopen and pursue the case seriously,” Kerr said. “And I have every reason to believe he’ll be receptive to doing that.

“I really can’t put a percentage on what the chances are, and I would not try to give direction to District Attorney Payne or tell him what to do. Certainly, you don’t usually begin a criminal investigation with the suspect having admitted to the killing, and that enhances the chances at a great deal.”

“That would be huge,” he said.

But even if that happens, it will never erase a loss that still hurts.

“The grieving process is hard,” he said, his voice choked with emotion. “It’s a challenge. You light a candle every year – every year on the anniversary of her passing.”