Councilman: It was 'disturbing’ to see DPD shooting pepper balls at black man and pregnant woman

Denver City Council will host leaders from Denver Police and Denver Safety at a June 17 committee meeting to discuss the use of force at protests. 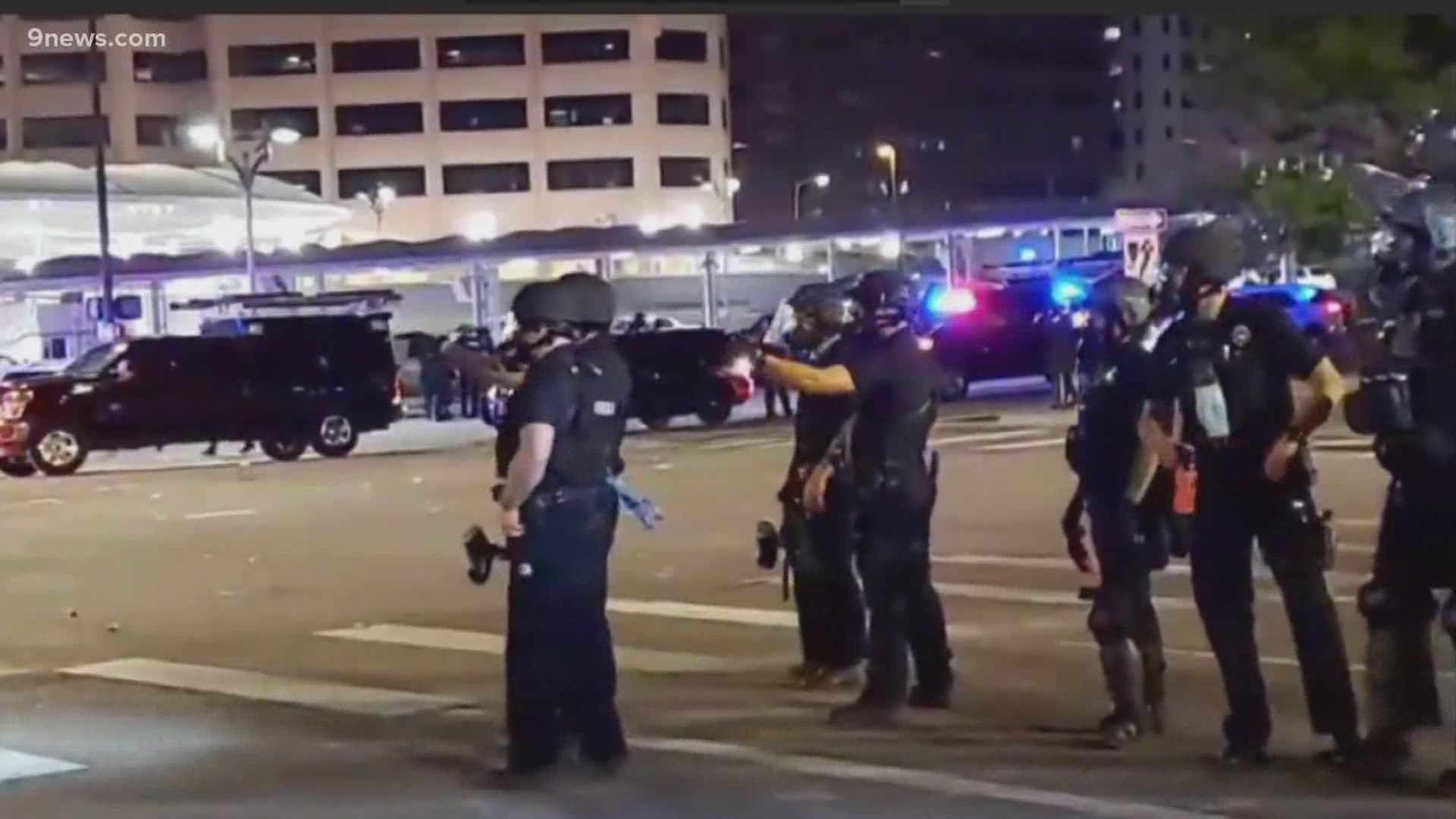 Paul Kashmann, the chair of the Denver City Council Safety Committee, said he was upset by a video showing Denver Police officers firing dozens of pepper ball rounds at a black man and his fiancee on May 30.

“It’s extremely disturbing to see a group of supposedly peace officers there to serve and protect to needlessly target citizens on their way on a business call,” Kashmann said.

On Thursday, 9Wants to Know spoke to a couple that said they were terrified by a barrage of “50 to 75-plus” pepper ball rounds that hit them and their car.

Shaiitarrio Brown said he was delivering food early Saturday morning with his pregnant fiancee Brittany King when they got near downtown Denver protests calling for accountability after the death of George Floyd.

Police shot a pepper ball round at the car, which caused Brown to yell at the officers. He was concerned about the effect the round would have on his pregnant fiancee.

King said she is 18 weeks pregnant and that her unborn child had a high heart rate when she finally was able to get to the hospital. She said her hand was also fractured when she tried to block her face

"[I’m] shaken up,” King said. “We are not staying in Denver County right now.”

Brown said the pair was not trying to get involved in the demonstrations.

“We’re not protesters, we are not part of the riots," Brown said. "We were delivering food. We were working. For them to just go out of their way to shoot innocent people was unfair.”

Denver Police Chief Paul Pazen requested an investigation when he saw the video, according to spokesperson Sonny Jackson.

RELATED: Denver resident suing the city over alleged misuse of less-lethal force during protests speaks out

“Denver Police Chief Paul Pazen has ordered an investigation into this matter. That investigation is ongoing," Jackson said in a statement sent over email. "Chief Pazen is currently listed as the complainant, as the persons featured in the video have not come forward so no outside formal complaint has been filed.”

Complaints against the police, like this video, will likely come up at a June 17 committee meeting as participants discuss use of force policies. Kashmann said Denver Police Chief Paul Pazen and Denver Director of Safety Murphy Robinson are expected to testify.

Kashmann said that while people looting or destroying property need to be held accountable, peaceful protesters shouldn’t be punished.

“To be confronted with tear gas and pepper spray and all manner of aggressive crowd control, I think it’s incumbent on us as a community to exercise our oversight duties to be sure that we have the correct policies in place and if we do, that they’re being implemented properly,” he said.