Denver pays $300,000 to pilot wrongfully arrested for being naked in DIA hotel

Captain Andrew Collins, a pilot with United Airlines, was arrested for indecent exposure at DIA’s hotel in September 2018. 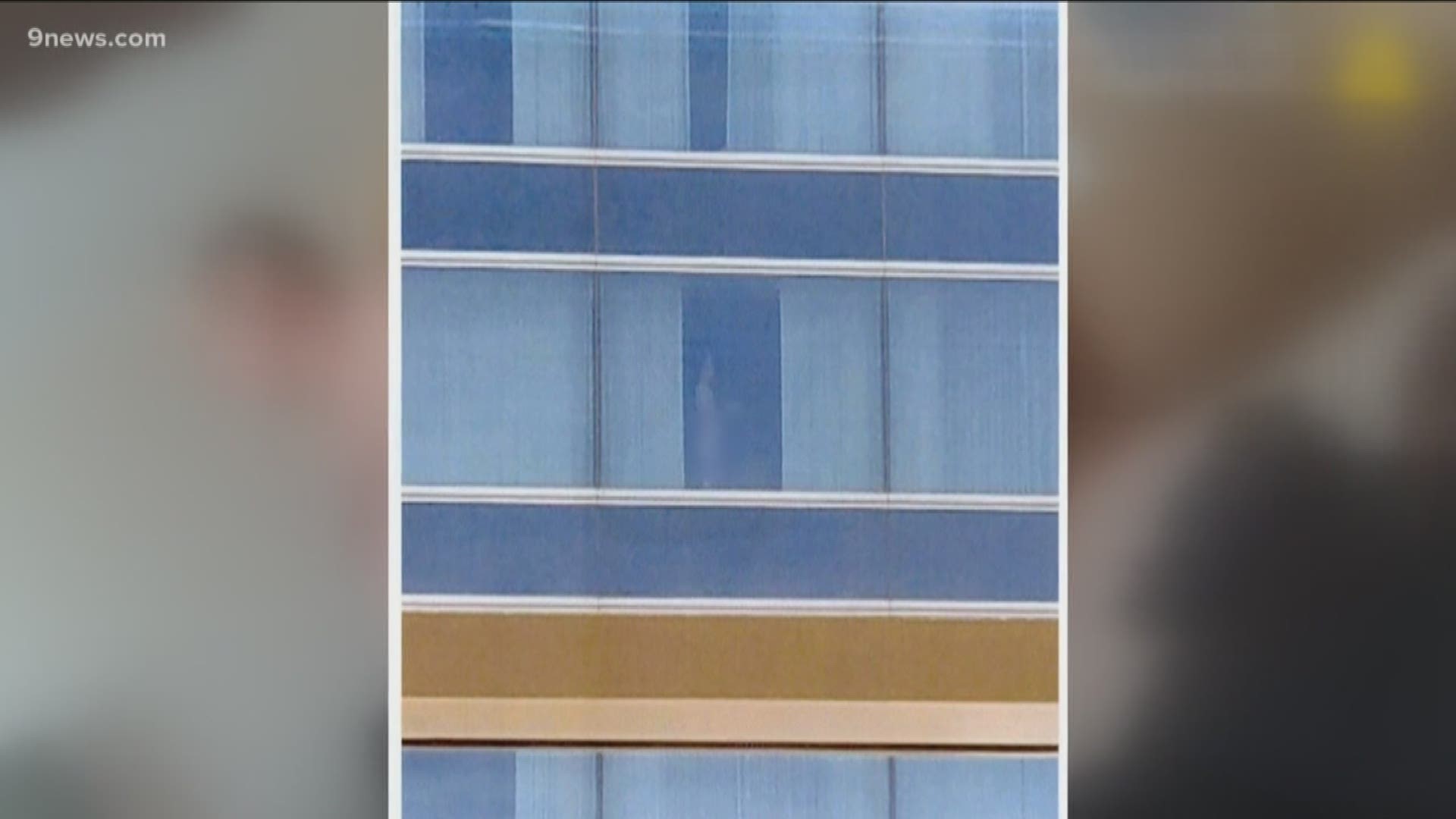 DENVER — Last month, Denver quietly paid an airline pilot $300,000 to settle his allegation that city police officers violated his civil rights before arresting him on an indecent exposure charge after he was seen standing naked in front of his hotel room window, 9Wants to Know has learned.

The payment came from a Denver International Airport insurance policy and bypassed the scrutiny of City Council, which normally must sign off on settlements of $5,000 or more when they are paid out of the city’s liability fund. And it came seven months after a judge dismissed the criminal charge against Andy Collins, a United Airlines pilot who spent two days in the Denver city jail after his arrest Sept. 20, 2018.

“It is not a crime to be naked in Denver, even if you are a man – and especially if you are in the privacy of your own hotel room,” said Craig Silverman, the pilot’s attorney. “Andy Collins was engaged in a phone call, he had no idea that anybody was looking at him, and it’s a shame that he got arrested the way he did.”

Silverman argued that police officers had no probable cause and no warrant to enter Collins’ room on the 10th floor of the Westin Denver International Airport nor to search his hotel room. According to body camera footage obtained by 9Wants to Know, the officers failed to read Collins a Miranda warning and questioned him after handcuffing him.

(Editor's note: 9NEWS chose to share the photo of Collins above with his consent.)

PREVIOUS: United Airlines pilot accused of exposing himself to public at DIA hotel

Collins – a commercial pilot for 27 years, 23 of them with United – was suspended from work while the criminal charges were pending.

He said Monday that the episode still follows him.

“I have to explain this every time I go to work,” Collins said from Washington, where he and his wife were spending a few days. “Also, I’ve been tagged now by homeland security – even though this has been dismissed, my record has been expunged and locked up. I’m asked every time I come back into the country, which may be two times on a single trip, that, you know, have you been arrested recently? Can you tell us about this?”

Requests for comment from both the City Attorney’s Office and the Denver Police Department’s public information office were not answered Monday, a city holiday.

On Sept. 19, 2018, Collins, who lives in Leesburg, Va., was scheduled to fly a United 737 from Boston to Newark, N.J., to Denver and then to Cedar Rapids, Iowa. However, thunderstorms forced his flight to be diverted to Colorado Springs, and the last leg was canceled.

Collins was transported to Denver and given a room at the Westin with plans to fly to Cedar Rapids on the afternoon of Sept. 20.

After awakening that morning, Collins said he threw open his curtains to let in the sunshine, unaware that passengers on the plaza below him or in DIA’s main terminal might be able to look up and see into his room.

He undressed to shower, he said, but then got a phone call – Collins was campaigning to be head of the United pilots union, and a colleague wanted to talk to him about the upcoming election. Collins was on the phone for 24 minutes, standing at times in view of the plaza separating the hotel form the main terminal. Witnesses alerted police.

Officer Karl Coleman and Sgt. Kim Pfannkuch went to the room where Collins was staying. Coleman rapped on the door, then said, “Denver police, sir, open the door.”

“Sir,” Coleman said, “we’re coming in with or without your permission, so open the door.”

Collins opened his door, wearing a pair of slacks, and was handcuffed and searched.

“Sir, we’ve got some interesting photographs of you, standing in that window,” Coleman said, according to the body cam footage. “Sir, you’re under arrest.”

“OK, for what?” Collins asked.

Collins spent two days in jail before being served a summons for indecent exposure, a misdemeanor.

But when the criminal case got to a courtroom, it fell apart.

On the witness stand, Coleman maintained that Collins had given his consent for the officer to enter his hotel room.

“He opened the door, yes, sir,” Coleman testified, according to a transcript of a March 12 motions hearing.

Coleman also acknowledged that he found no evidence that Collins had been involved in any sexual activity, that he hadn’t gotten a search or arrest warrant – or that he’d even thought about whether he should – and that he had only one photograph of the pilot, a blurry image of a naked man from the side.

Silverman then filed what is known as a “notice of claim” – a precursor to filing a lawsuit against a government agency – accusing Denver Police of violating Collins’ Fourth Amendment right against unreasonable searches and seizures. It also asserted that police were out-of-bounds when they charged Collins with indecent exposure.

The city and Silverman agreed to mediation. The end result of a $300,000 check was issued Oct. 24 by the AIG Aerospace Insurance Services Inc.