Out of the 24 recruits in the current class, 10 of them are women. It's the highest percentage of women of any academy class in DPD’s history. 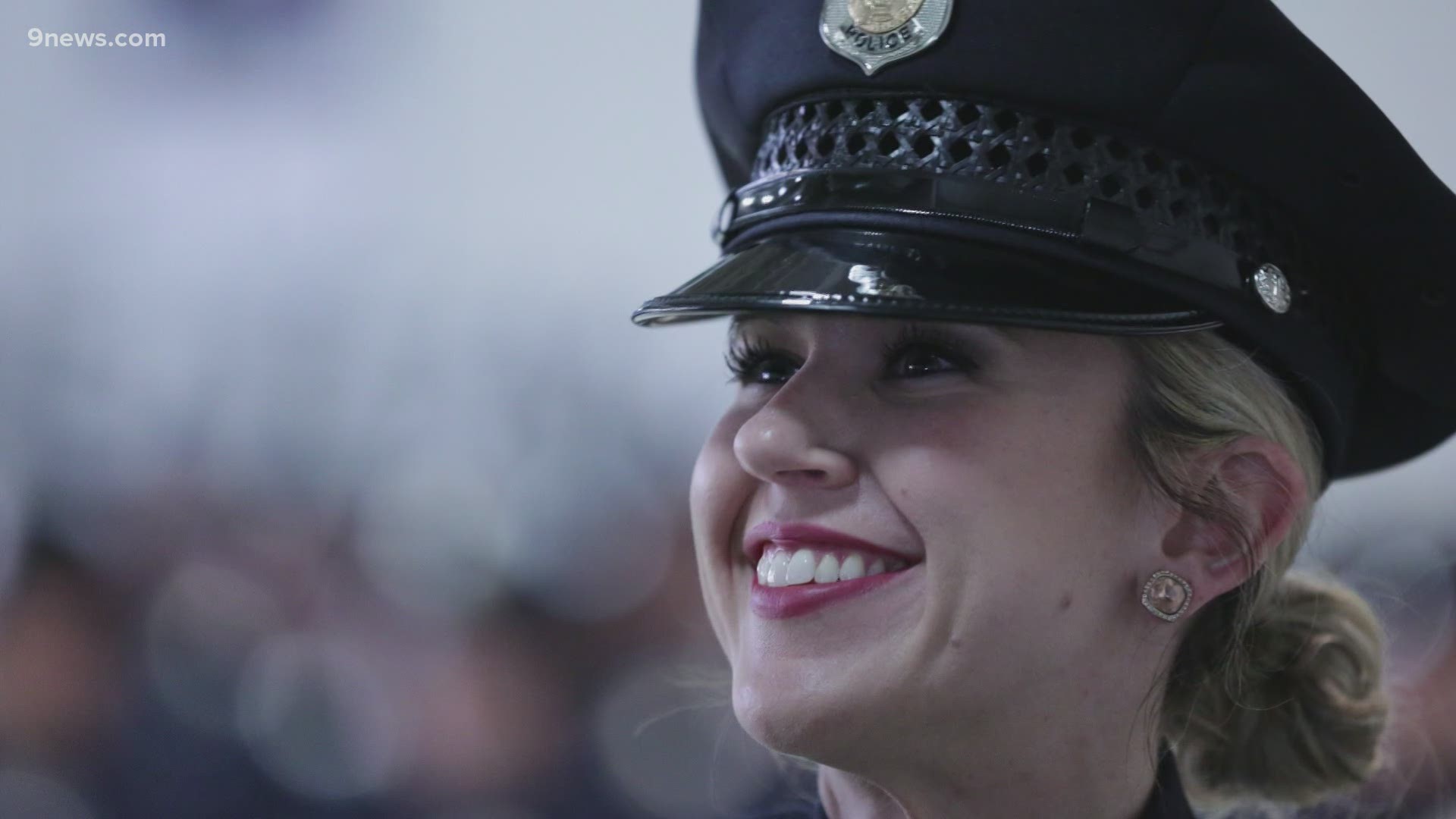 DENVER — At first glance, the Denver Police Department’s latest academy class looks a lot like most previous ones: a collection of young recruits eager to begin their careers in law enforcement.

But a closer look reveals that this class is quite different than every other class that has come before it.

That’s because out of the 24 recruits in the class, 10 of them, or more than 40%, are women. It's the highest percentage of women of any academy class in DPD’s history.

"Growing up, I’ve always just wanted to help people," Nguyen said. "I’m very honored to be in the academy now and part of the program."

"Communications skills, the de-escalation skills really lend itself to having better outcomes when it comes to our overall goal of reducing use of force," said Pazen.

Pazen said a major national study has shown that having a female police officer on any particular scene reduces the chance of a police encounter becoming forceful by 60%. According to DPD, there have been 47 officer-involved shootings in Denver since 2016, four involving female officers — about 8%. Women currently make up about 15% of DPD’s sworn force.  According to DPD, this year, 19 DPD officers have fired their weapons during officer-involved shootings. One of those officers was a woman.

Lonnie Schaible, a criminal justice professor at CU Denver, said not only are female officers less likely to use force, they also typically have fewer citizen complaints filed against them. That's two factors, he said, that often lead to improved relationships with community members, another of Chief Pazen’s stated goals.

"Female officers are better at using their brains and communications skills, which I think are a police officer’s number one tool out on the streets," Schaible said. "Improved and increased diversity in the police force is going to be beneficial."

Assuming all goes well with their training, Nguyen and her nine fellow, history-making female recruits will be patrolling the streets of Denver sometime in the spring.

RELATED: 'We need to make sure our teams are trained': Chief responds following report slamming Denver Police for response to George Floyd protests