An unlicensed security guard is facing second-degree murder charges in the shooting. 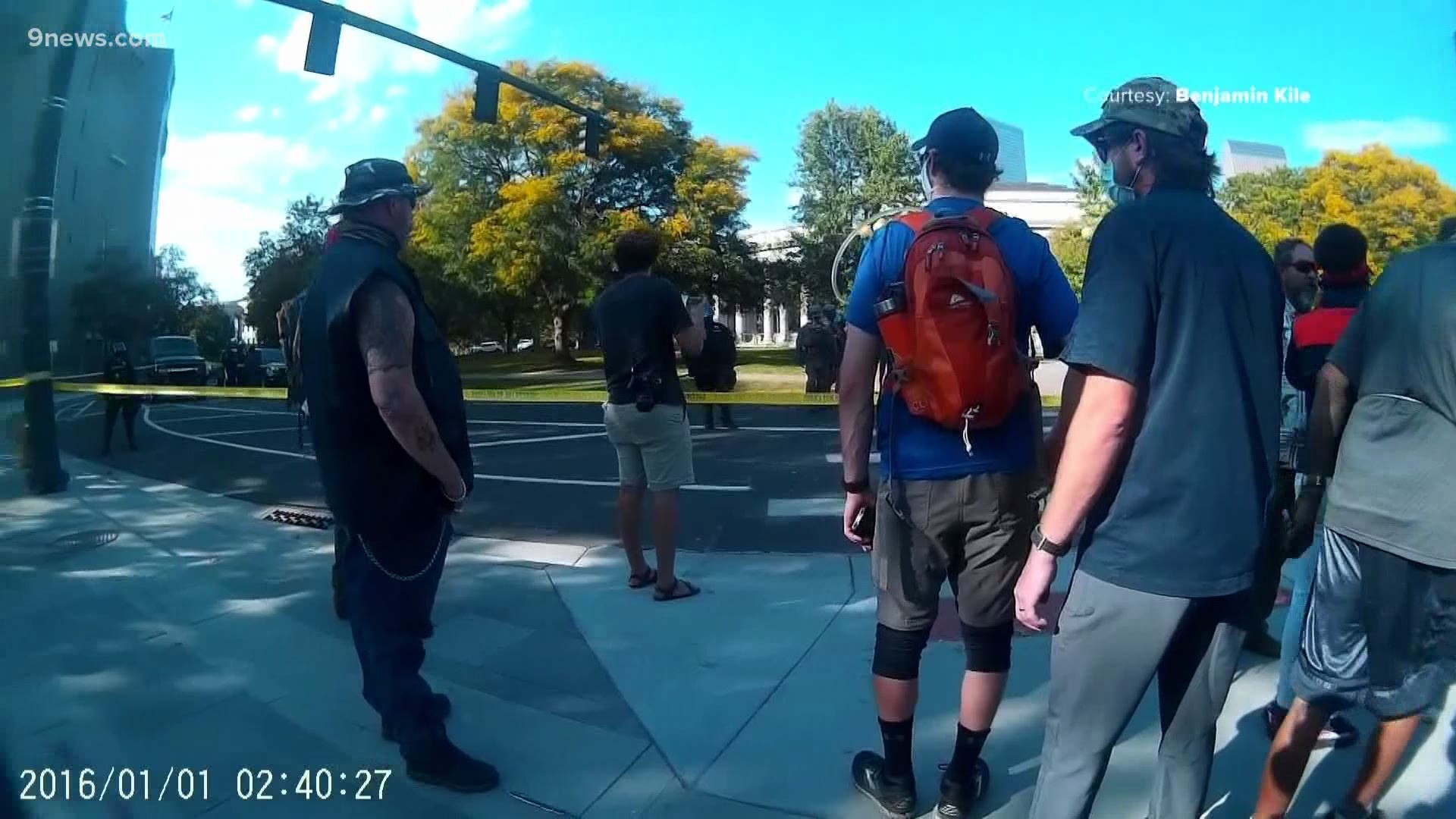 DENVER, Colorado — EDITOR’S NOTE: 9NEWS is used to covering many different kinds of stories, but usually we’re not directly involved in them. For this reason, Jason Whitely from our sister station WFAA in DALLAS is covering the initial stages of the shooting and investigation.

There were dozens of photographers at dueling protests in Denver Saturday where a man was shot and killed by an unlicensed security guard.

Dolloff was working as a security guard providing protection for a 9NEWS crew covering the rallies.

Some photographers who were also there that day say they have uncovered new video they took of both the victim and the alleged shooter that help provide new context to the confrontation that would follow.

Ben Kile, who captured Dolloff and Keltner standing next to each other at a crosswalk each seemingly unaware of the other, said he also had a run-in with the victim.

"He thought I was trying to shoot an up-close picture of his face or something," Kile said. "I’m not entirely sure. He was on a cell phone and started yelling at me saying you can’t film me..."

Another photographer shared a video of a run-in they had with Keltner during the rally on Facebook.

Madeleine Kelly said she was nearby when she heard the gunshot.

"I remember hearing the gunshot and all I could think is ‘oh no'," she said. "As I came up, I saw Keltner on the ground covered in blood and police had just gotten there. They were starting to do as much first aid as they could.”

Both Kelly and Kile said they have turned their photography over to investigators.

Dolloff was arrested moments after a single gunshot rang out on the plaza between the Denver Art Museum and the city’s main library.

9NEWS on Tuesday released two video clips taken from the cell phone of a producer on Saturday. One clip shows the moments that preceded the shooting of Keltner during the dueling Denver rallies. The video stops, and the second clip shows the aftermath when police are securing the scene. Another video, taken by an individual live-streaming during the incident, shows the 12 seconds in between when the shooting occurred.