DIA: Concrete can't be blamed for construction delays at airport 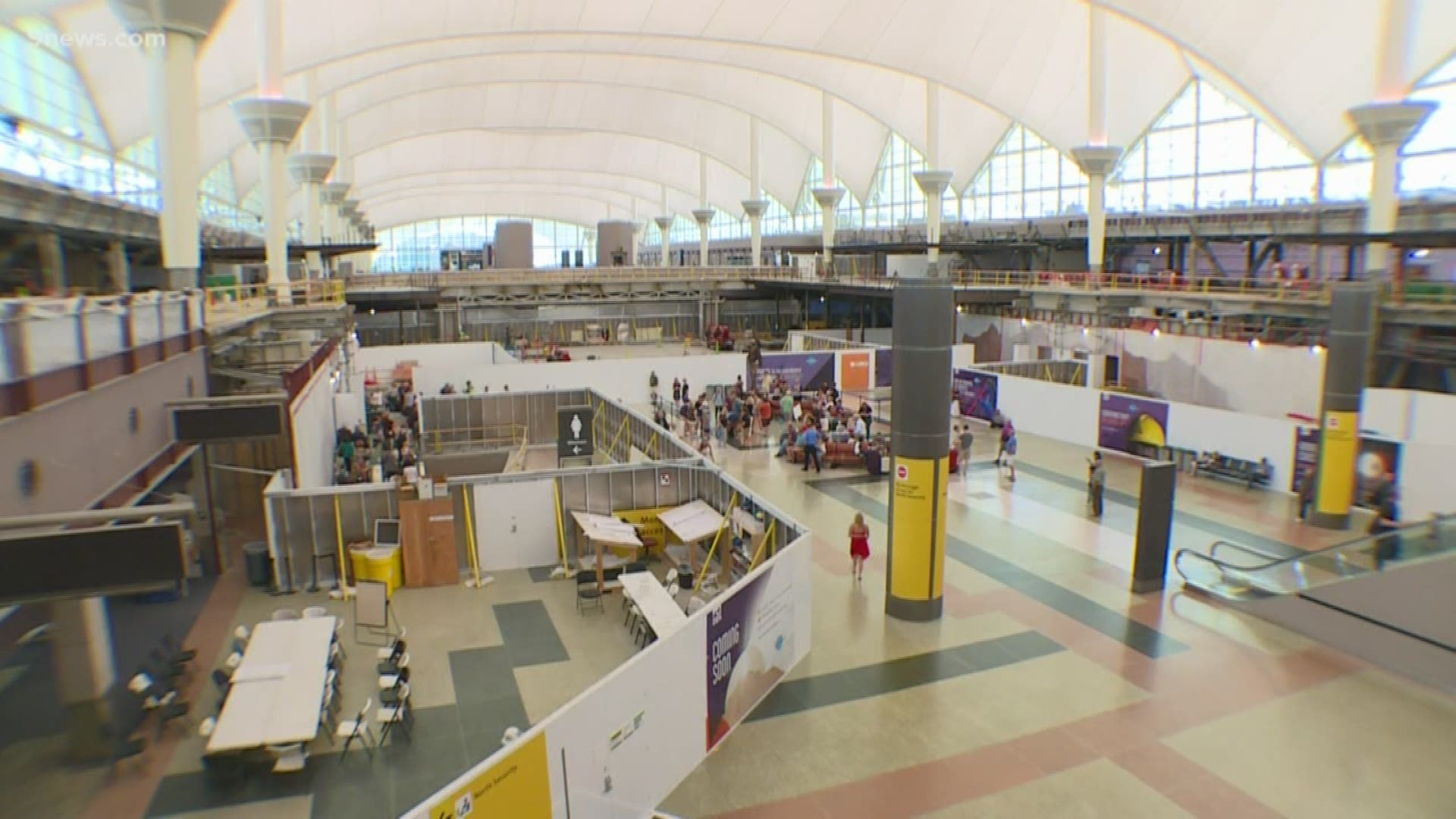 DENVER — Denver International Airport is denying one of the largest issues looming over construction of the Great Hall Project, a claim made by the developer that weak concrete will delay the project and increase the cost of the project.

A filing from Friday on a municipal bond website shows DIA does not think the issue is big enough to warrant the delays that have happened. Great Hall Partners said they should get more time to do the project and be paid for a change in the conditions they were told about going into construction.

In a letter sent from DIA to GHP last week, Michael Sheehan, the airport’s senior vice president of special projects, informs the developer that the airport formally denies a compensation claim.

“Developer asserts that this discovery was a deviation from the conditions reflected in the Owner-provided Baseline Structural Documents, entitling Developer to monetary compensation and an extension of time,” the airport’s response to the claim states.

The airport’s response claims GHP  “has failed to account for its concurrent delay or meet the requirements to establish the occurrence of a relief event.” The airport also claims the developer failed to demonstrate it mitigated the consequences of the weak concrete on the terminal’s Level 5.

Great Hall Partners filed the compensation claim in July, seeking compensation and an extended deadline after the discovery of the weak concrete.

Alana Watkins, a spokeswoman for GHP, said the organization is "disappointed" by DIA's decision.

"GHP categorically disagrees with [DIA]'s assertions and believes that GHP is rightly entitled to the relief set forth in its claims," Watkins said.

She said GHP is open to negotiating a "mutually acceptable resolution" to avoid triggering the Dispute Resolution Process in the agreement.

9NEWS was denied an open records request to see GHP’s compensation claim. An airport spokeswoman cited a provision of open records law that protects trade secrets, financial information and other business practices. Such records would show how much the developer is asking for and how long they believe the project might be delayed because of the concrete problems.

The airport was first alerted of potential issues in November 2018 when Great Hall LLC filed an alert that said “preliminary test results of certain concrete samples yielded compressive strength results lower than what was specified.”

In May 2019, an independent engineer hired by the airport to inspect the concrete released its findings. The engineer said the concrete on the disputed Level 5 of the terminal would be strong enough.

“Our testing of all the cores removed from shear walls and foundations confirms that the concrete in these elements meets or exceeds the strength requirements specified by the design documents,” Ronald Hamburger, senior principal at Simpson Gumpertz & Heger, wrote in the letter. “We conclude therefore that these elements provide the strength intended by the original designer.”

That engineer called for further testing to analyze parts that would be exposed to greater moisture in other areas of the terminal, an airport spokeswoman said.

The airport and developer have been involved in a formal mediation process over the budget and schedule of the project, but that process appears to have stalled with no further mediation sessions on the calendar, according to airport spokeswoman Stacey Stegman.

The airport’s refusal to accept the developer’s compensation claim is the latest in a series of letters which seem to expose a massive rift between the airport and the developer of the project. Both sides have gone back and forth on missed deadlines and safety issues with the project, which is causing headaches inside the airport’s terminal.

On Monday, GHP filed a notice of intent to seek a dispute resolution process over the weak concrete.