Sheriff on United flight spots SOS on Guanella Pass in 1982, decades later the rescued man's charged in a double murder

Alan Phillips was saved from the top of Guanella Pass in January 1982. On the same night, two women disappeared and were later found dead. 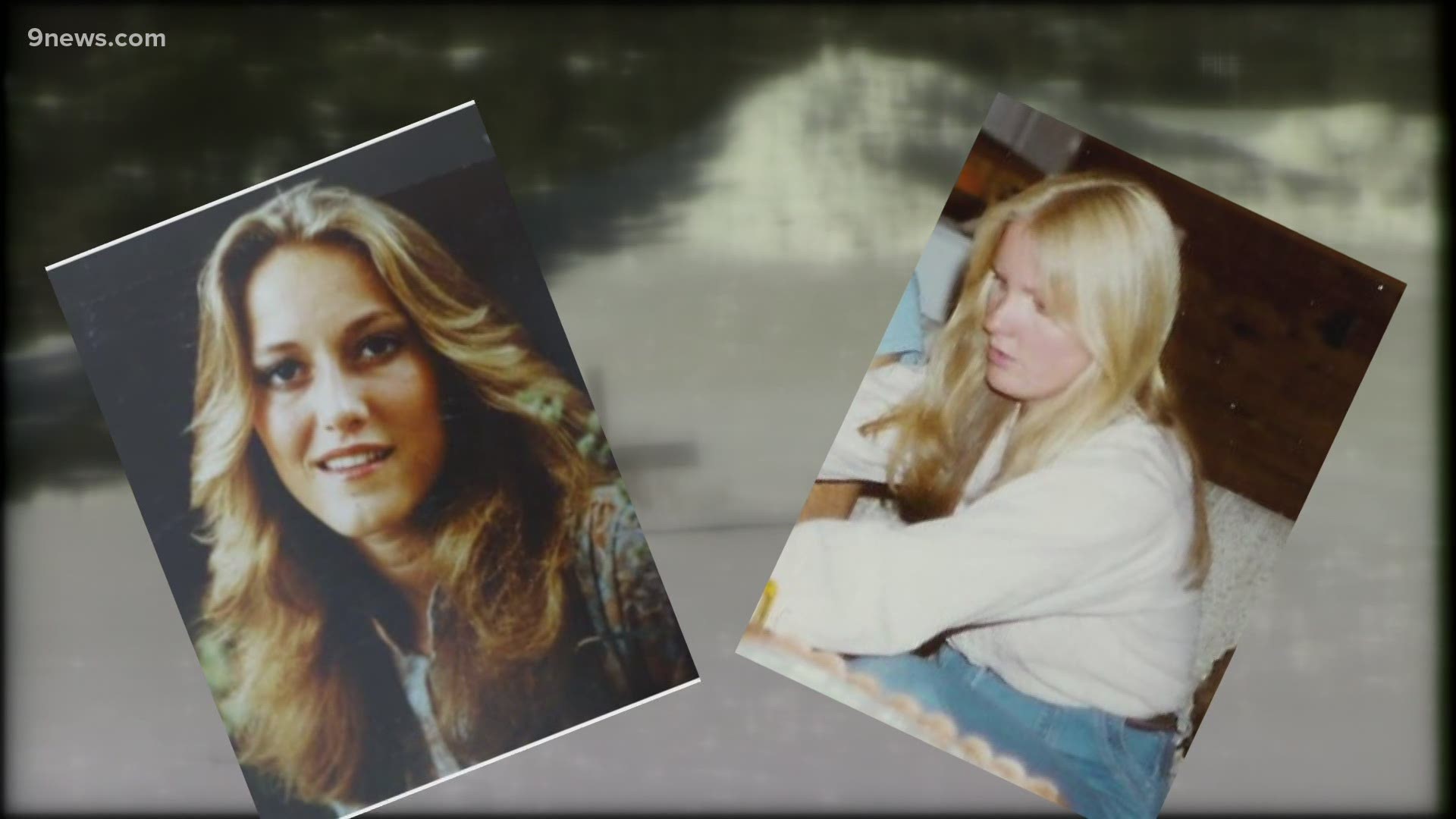 BRECKENRIDGE, Colo. — Two young women disappeared from the Breckenridge area on the evening of Jan. 6, 1982. Both were last seen hitchhiking and their bodies were eventually found months apart.

On that very same night, a rescuer saved a man at the top of Guanella Pass who had been caught in a snowstorm. The two events remained seemingly unconnected for decades.

That is, until earlier this year.

Dave Montoya still remembers the day vividly. He was a fire chief in Clear Creek County in 1982.

Just before midnight, on Jan. 6, of that year, a dispatch operator called for a rescue. A man driving a pickup truck was stuck on Guanella Pass, where it was snowing heavily and the temperature was believed to be well below zero.

Montoya said he was told that the desperate truck driver had flashed an SOS signal with his headlights. Incredibly, just as he did that, the Jefferson County Sheriff at the time was on his way to California, on a United Airlines flight that just happened to be going over Guanella Pass.

Click here to read an archived article about the original incident.

The sheriff recognized the SOS and told the flight crew, who radioed down to get help.

Credit: KUSA
Dave Montoya sits down for an interview with reporter Matt Jablow.

“I thought it was the craziest thing I ever heard of,” Montoya said during a recent interview with 9Wants to Know.

About 15 minutes after he got the call, Montoya made his way to the top of Guanella Pass, where he found the driver, 30-year-old Alan Phillips, stuck in a snowdrift.

WATCH HIS FULL INTERVIEW BELOW 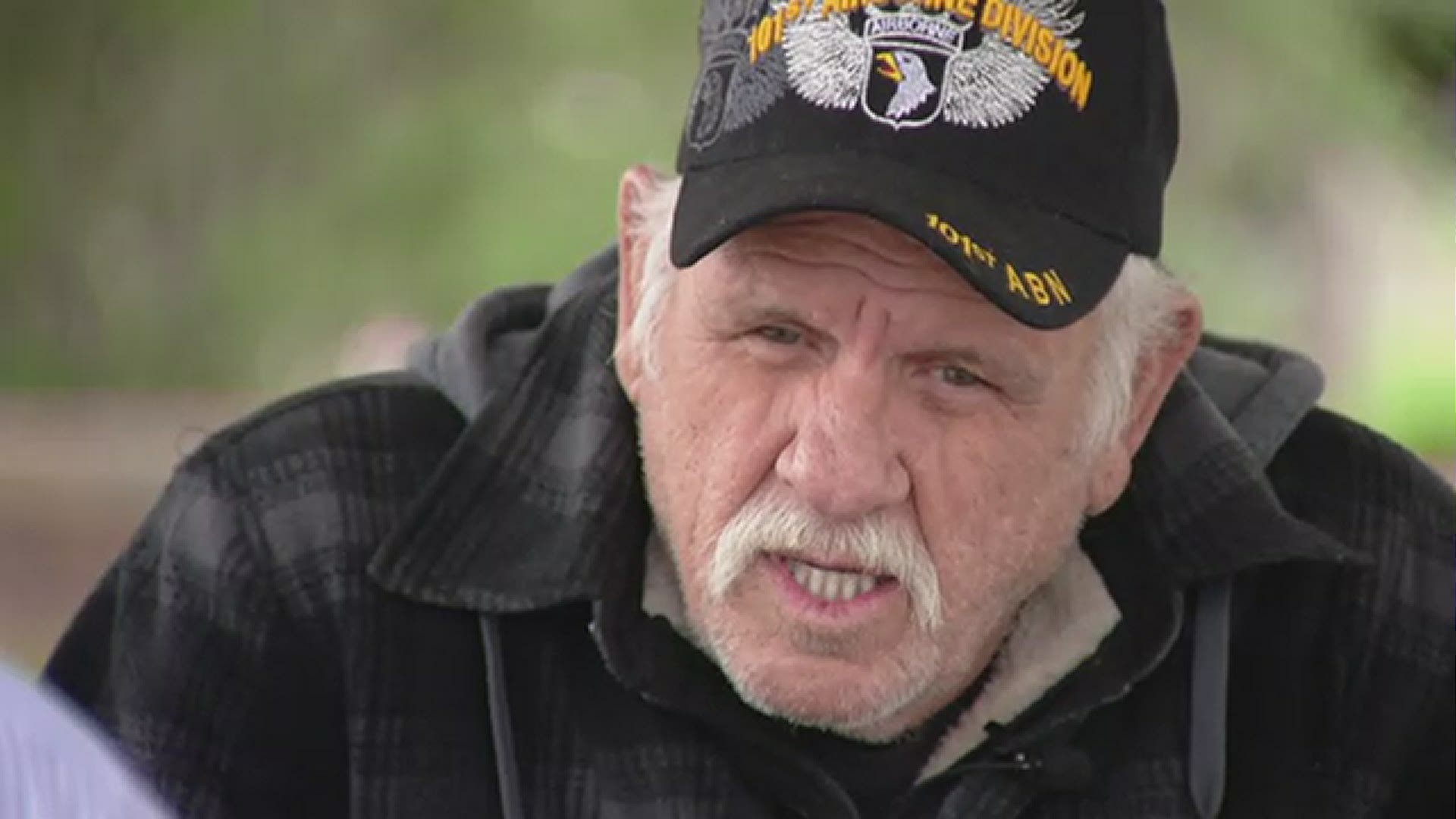 “Sure as heck, there he was in his little pickup, and he saw me and said, ‘Oh, God, I’m saved,’” Montoya said. “He said he got drunk and decided to drive home. And I said, ‘You came up over the pass? And he said, well, it seemed like a good idea.’ I thought, how in the heck did this guy get so lucky, for all the stuff to fall into place?”

Credit: Colorado Bureau of Investigation
A picture of Alan Lee Phillips from the 1980s.

According to Montoya, Phillips had a sizable bruise on one side of his face. He said Phillips explained that he had gotten out of his truck at one point to go to the bathroom and, while trying to get back in, was blinded by the snow and slammed headfirst into the corner of the truck.

It turned out that Montoya had seen Phillips before, at the local mine where they both worked. Montoya was a miner, Phillips a mechanic.

But he would not see him again for nearly 40 years. In March of this year, he saw Phillips’ mug shot on television.

“We ended up picking up the guy straight out of hell,” Montoya said.

What Montoya didn’t know at the time he rescued Phillips was that, a few hours earlier, 22-year-old Annette Schnee and 29-year-old Barbara Oberholtzer went missing from Breckenridge.

It’s believed they had been hitchhiking home from work. Oberholtzer’s body was found the next day on Jan. 7, 1982. Schnee’s body six months later.

Both had been shot to death, their bodies and personal belongings dumped at remote locations several miles from town, and not far from Guanella Pass.

“I remember reading about it in the two local newspapers that we had, and hearing about it," said Charlie McCormick.

A retired Denver homicide detective, McCormick moved to Breckenridge in 1976, having burned out on murder cases.

“I had it with homicide investigations, it was too stressful,” McCormick said.

But something about the double murder in Breckenridge captured his interest and, over time, he became increasingly involved. In 1989, Schnee’s family hired him as a private investigator. He charged them $1 a year. Ten years later he volunteered to join the district attorney’s task force investigating the case.

“Whatever fire had gone out was re-ignited and I’ve been involved in it ever since,” McCormick said.

WATCH HIS FULL RAW INTERVIEW BELOW. 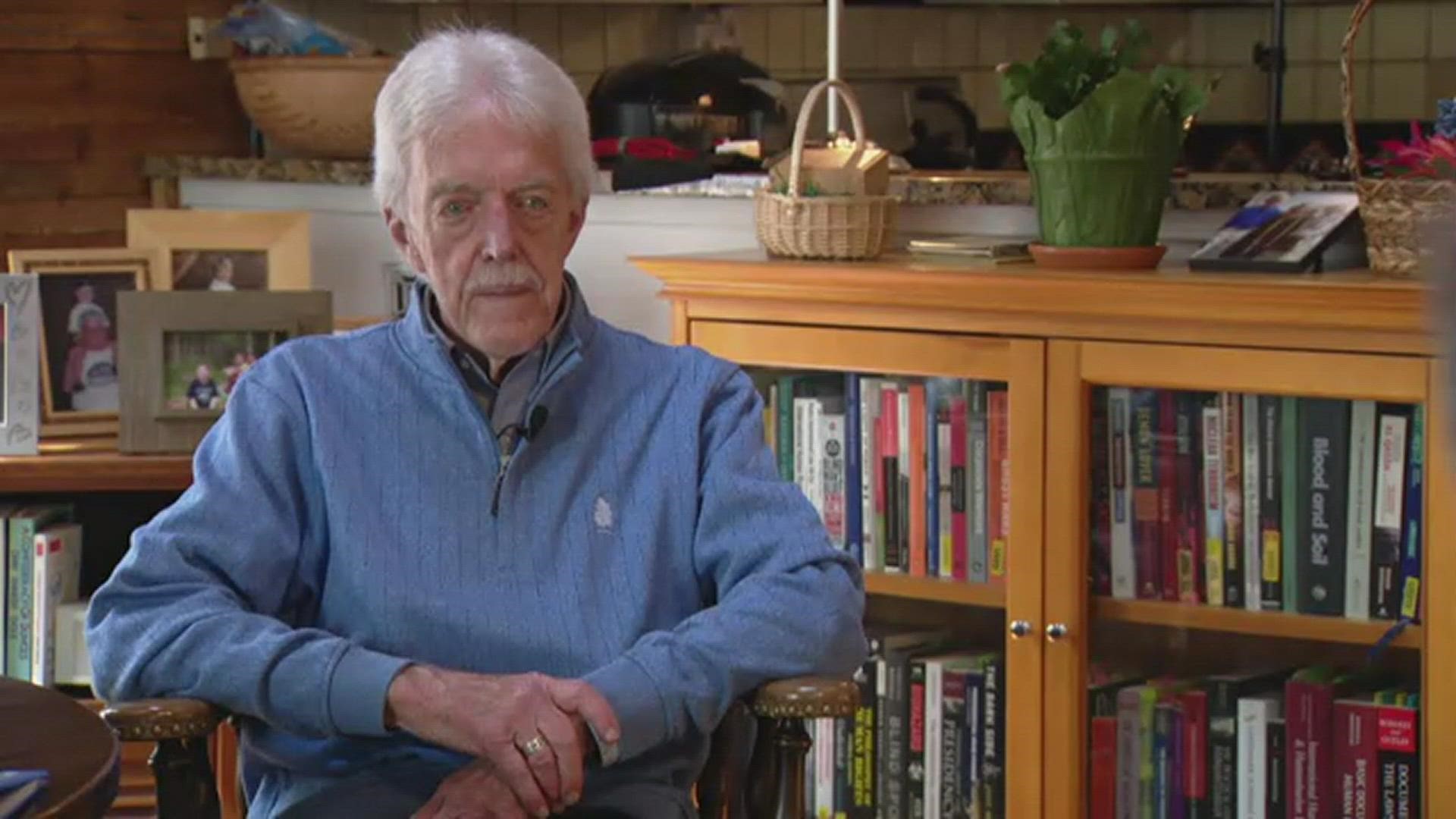 McCormick, now 81, has worked on the case almost every day for the past 32 years. Poring over evidence, looking for possible witnesses and suspects, pursuing leads.

“We had the leads of two or three serial killers in Montana and Idaho, so we spent a lot of time researching and going there,” McCormick said.

At one point, McCormick said the investigation even went overseas.

Imagine his reaction when the prime suspect turned out to be Alan Phillips, a father of three who had apparently been living for the past 13 years just behind a popular rest area off Interstate 70 in Dumont. It's roughly 20 miles from Guanella Pass, where the same Alan Phillips was rescued in 1982.

“If I had done something like that, I’d have been long gone, but in this case, it didn’t appear to be the case,” McCormick said.

Credit: KUSA
This rest area of Interstate 70 is not far from where Alan Phillips lived.

McCormick said, ultimately, the key to cracking the case was genetic genealogy, a process that combines DNA testing with family history research.

According to McCormick, he and his team spent about a year wandering through hundreds of family trees, until finally, earlier this year, he got a long-awaited call from the investigation’s lead genetics researcher.

RELATED: Genetic genealogy leads to arrest of 70-year-old man in 1982 killings of 2 women near Breckenridge

“And she said, ‘we got him.’ It was phenomenal, something I thought I would never see,” McCormick said

Because of Phillips’ pending trial, McCormick would not discuss any specifics of the investigation. He said he’s glad that, after all these years, Phillips, who’s now 70, will finally have to answer for his alleged crimes.

“After avoiding it for all these years, he’s now going to have to deal with it,” McCormick said.

It’s a feeling echoed by the man who once plucked Phillips from the snow-covered top of Guanella Pass.

“He got his mercy, he got saved, he got his life saved, he didn’t die up there, but he did bad things before that and he’s got to pay for them,” Montoya said.

In the meantime, investigators are asking anyone with information about Phillips to call the case's tip line at 720-248-8378. Callers can remain anonymous.