Nearly 9 years after Dylan Redwine disappeared, jurors are now debating the fate of his father

Nearly nine years after the disapearance of Dylan Redwine, a jury will now decide whether his father is responsible. 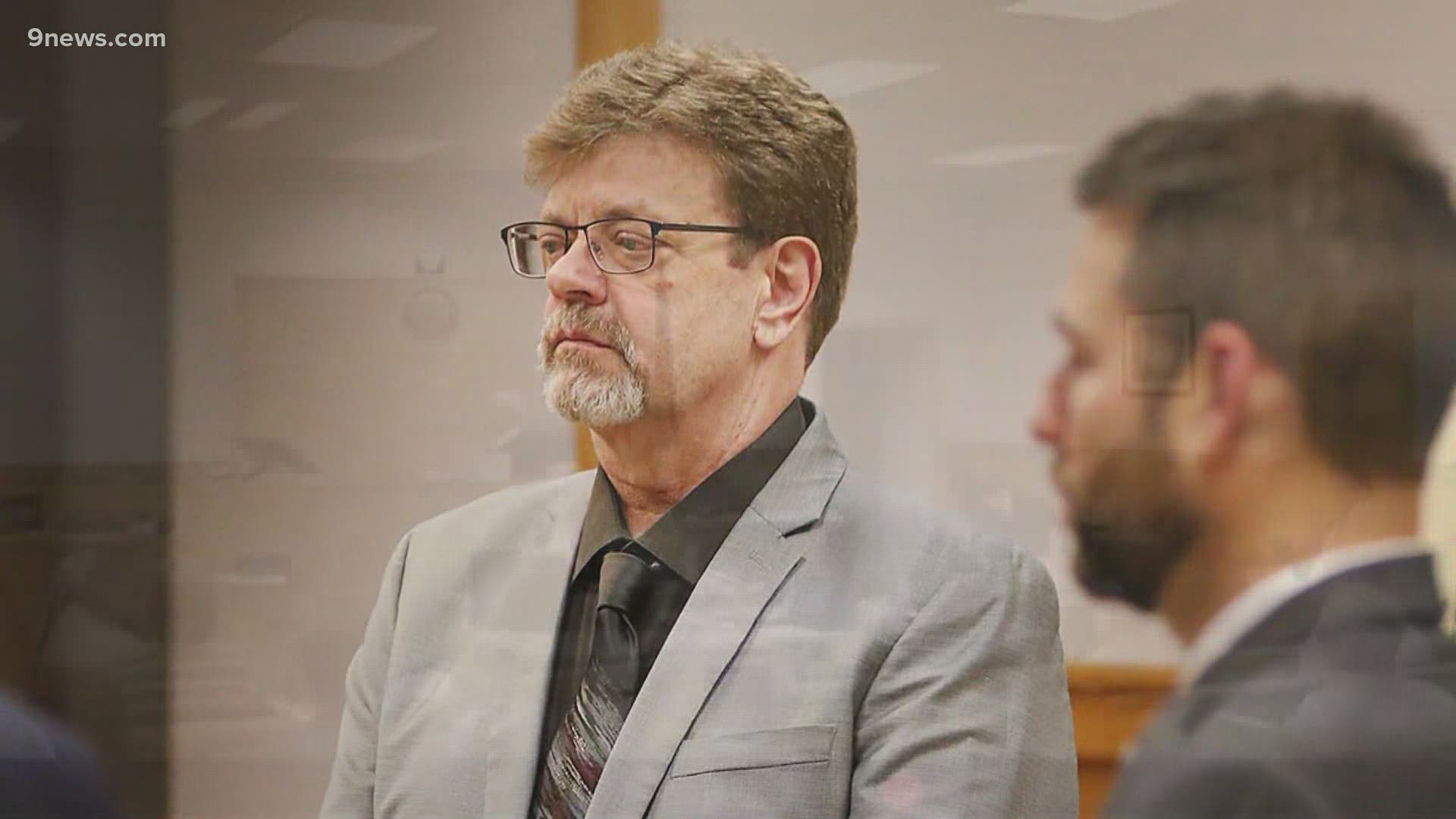 LA PLATA COUNTY, Colo. — This November will mark nine years since 13-year-old Dylan Redwine was seen alive, and Thursday afternoon jurors began deliberating whether his father Mark Redwine is responsible for his 2012 disappearance and death.

Following weeks of testimony, both sides presented their final arguments to the jury for the trial of Mark Redwine with prosecutors arguing that he is the last known person to have seen Dylan alive and that the boy was at Mark's home when all electronic communications from him ceased. According to court testimony, Dylan's last text message was sent at 9:37 p.m. According to Mark Redwine's own admission, he was with Dylan around that time at his house.

"He was the last person seen with Dylan when Dylan goes completely dark and is never heard from again, he's in the living room of this guy, who's angry and upset and rageful," said special prosecutor Michael Dougherty. "We know exactly what happened in that living room: the defendant killed Dylan Redwine. That is what happened." 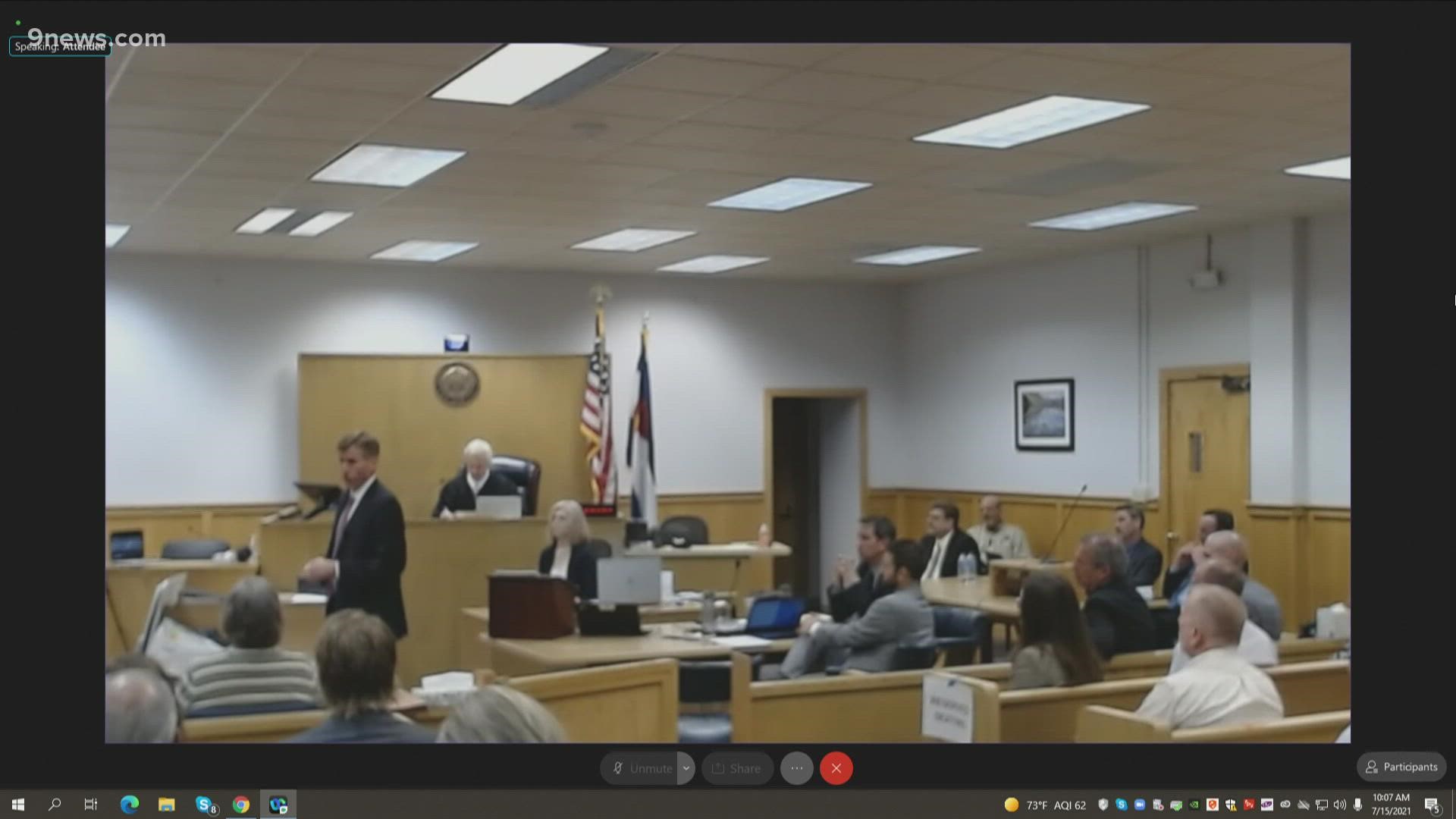 Mark Redwine's public defenders pointed to a lack of evidence in the case pointing out that prosecutors are still unable to say how Dylan Redwine died or what, if any, weapon was used.

"When someone is on trial for murdering their youngest son and the prosecution's thesis is 'what if', or 'maybe' or 'can you imagine?', that's a window of how weak the evidence is in this case," said public defender Justin Bogan. "When they're starting off with maybe, your deliberations end with not guilty."

Credit: Jerry McBride
Jerry McBride/Durango Herald 07-15-21-Durango- Public defender Justin Bogan finishes his closing argument with Mark Redwine to his right and fellow public defender John Moran to his left on Thursday, July 15, 2021, as the Mark Redwine trial begins to wrap up in Durango Co., at the La Plata County Courthouse. Mark Redwine is on trial for second-degree murder and child abuse resulting in the death of his son Dylan Redwine.

Mark Redwine was indicted in 2017 on charges of second-degree murder and child abuse resulting in death.

RELATED: Both sides have finished their arguments in the Mark Redwine trial. Here’s what we’ve learned so far.

Those charges came roughly five years after Dylan Redwine was last seen alive in the Vallecito area on Nov. 18, 2012. He had arrived that day for a court-ordered visit with his father and during closing arguments, prosecutors alleged that that the two spent just five hours together before Mark Redwine killed Dylan in the living room of his home.

“At every juncture, the defendant tells a story to try to avoid responsibility for what he did on Nov. 18, 2012. In fact, what he did was take a nap, and then report it five hours later. After his nap, he makes half-hearted attempts to find Dylan and then, ladies and gentlemen, he goes to the Bayfield Marshall’s Office," Dougherty said.

As you know … he appears unconcerned and does not want to file a report. He’s a father, he is 13, he has a kid, he is missing. Night falls and it’s going to be cold outside at night, and he tells Deputy Adella, ‘no, you don’t need to do an attempt to locate.’

>>> 9NEWS has provided daily digital coverage of the Mark Redwine trial. For all of our updates, head to 9news.com/dylanredwine.

Months later, in June 2013, the first remains and some personal items belonging to Dylan were found on Middle Mountain, just a few miles from his father's home. The top portion of his skull, which has been presented as a key piece of evidence during the trial, was not found until November 2015 in another area of the mountain.

Experts from both sides testified that there was a fracture on the cranium, but at issue is exactly when and exactly how that fracture occurred.

"It's the very reason the defendant wanted to hide this part of Dylan's body. He didn't want anybody to find it. But it was found in enough time for the experts to find out what happened," Dougherty said. "You see the radiating fracture from a blow. And you heard Dr. Kurtzman testify that a fracture to one's face could cause a radiating fracture up into the head If someone is slammed into something forcefully like a coffee table."

Credit: Colorado Courts
Luminol glowing on a bloodstain on a table at Mark Redwine's home.

Dr. Diane France testified that it was a perimortem fracture-- meaning it occurred at or around the time of death. However, when dealing with bones, especially those that have been out in the elements, it's possible for them to remain in that perimortem phase for a longer period of time, according to the expert testimony.

"Even Dr. France had to say that that fracture was possibly caused by animal predation, scavenging by either a bear, a mountain lion a coyote, or being stepped on by livestock. Each and every one of those qualifies as a perimortem blunt force trauma," said Bogan.

Prosecutors countered that Mark Redwine's actions are the reason they're unable to determine how he died.

Watch the prosecution rebuttal below. 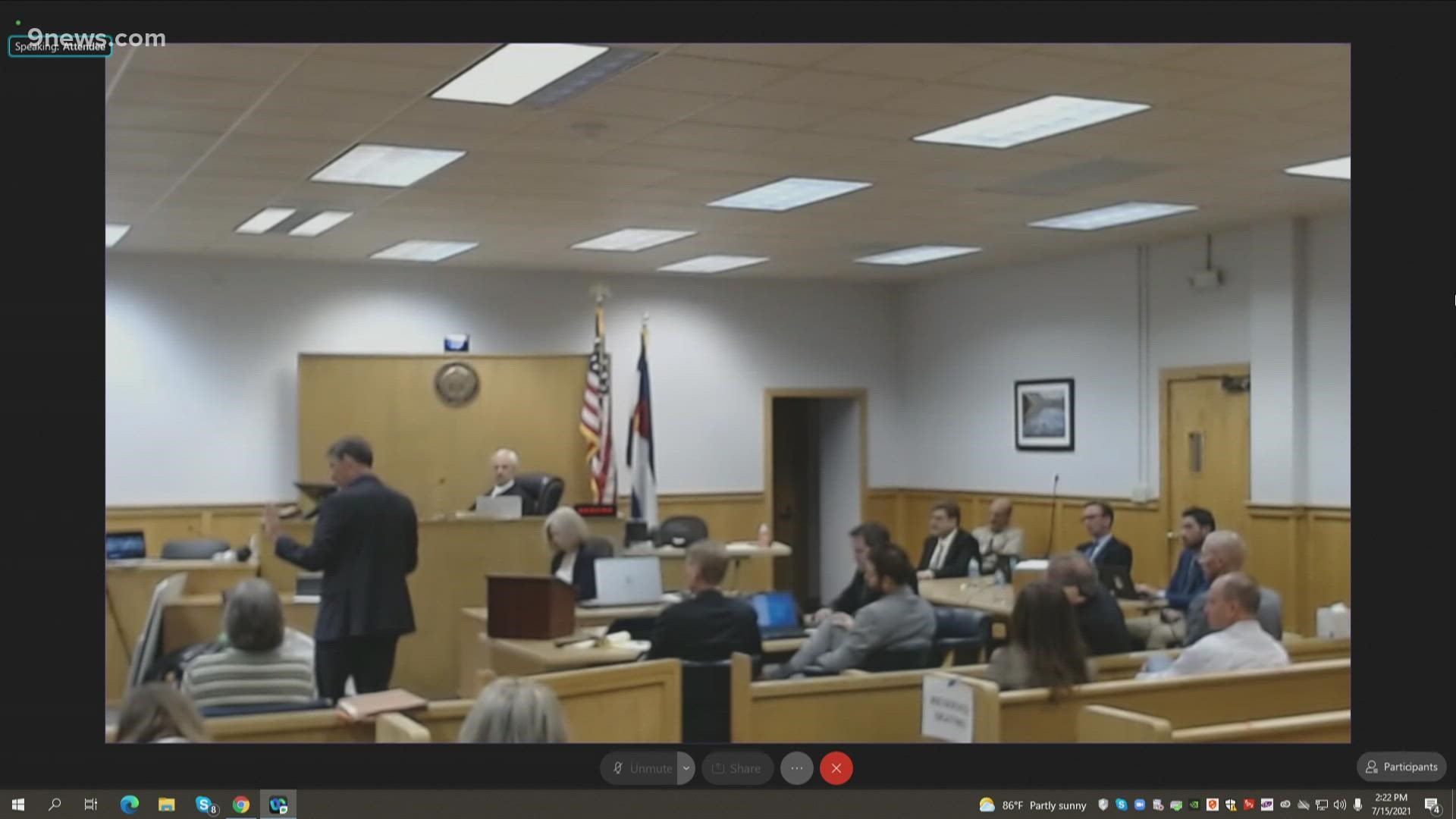 Dougherty painted a picture of a damaged and deteriorating relationship between Mark and Dylan Redwine that was reaching a breaking point when Dylan arrived for his court-ordered visit.

Credit: Jerry McBride
Jerry McBride/Durango Herald 07-15-21-Durango- Prosecutor Micheal Dougherty makes his closing argument to the jury on Thursday, July 15, 2021, as the Mark Redwine trial begins to wrap up in Durango Co., at the La Plata County Courthouse. Mark Redwine is on trial for second-degree murder and child abuse resulting in the death of his son Dylan Redwine.

Dougherty noted the highly contentious relationship between Mark Redwine and Dylan's mother and older brother Cory and alluded that Mark was desperate to hold on to his relationship with Dylan as it became more evident that he was pulling away from him.

Prior to the November visit, the last time the two had spoken was during a trip in August 2012 when the pair had an argument after Mark Redwine made comments to Dylan about his mother and brother being bad influences.

"The whole family dynamic, you might think you're reading a Shakespearean work, where the father is alone isolated and angry and every family member has left except the adorable, cute boy who is left behind because he has to be there pursuant to the court order," Dougherty. "And then defendant lashes out and kills that boy because of his anger toward the boy and everyone else."

Prosecutors have argued that a motive for the alleged killing was a confrontation over "compromising" photos of Mark Redwine. An earlier witness testified that a mention of the photos sent Mark Redwine into a rage. However, Bogan noted there's no evidence that a confrontation ever happened over the photos between Dylan and his father on Nov. 18, 2012.

He also recalled testimony from Mark's son, Cory Redwine, about his father's response when he sent those photos to his dad in a text message along with insulting remarks.

"And if you think about what Mark's response was when he was getting confronted with these photos by Cory when he was alone with Dylan, who he was already arguing with if you look at his response, the prosecution's motive for this case erodes," Bogan said.

According to the earlier court testimony, Mark Redwine responded by asking Cory Redwine not to hurt Dylan and said "Dylan doesn't deserve to be hurt anymore" and "if you care about Dylan, why do you want to see him hurt?"

In his final remarks, Bogan said the jury members needed to base their decision on the actual physical evidence and not what they think happened.

"The evidence of any sort of blunt force trauma being inflicted on Dylan, a 13-year-old boy, by Mark is not even scant," Bogan said. "The damage you see there is overwhelmingly caused by the environment."

Dougherty wrapped by telling the jurors to follow the experts.

"You have the experts but you also have your own common sense and experience. Knowingly, is flying into a violent rage and hitting someone so hard in the head that you've killed them. He put a knife hard enough into his son that he was able to hit bone. Look to the experts. Follow the experts."

Jurors will return Friday morning to continue deliberations. They must reach a unanimous decision.