Another witness testified he saw Mark Redwine on Middle Mountain Road in April 2013, before Dylan's remains were found in June of that year. 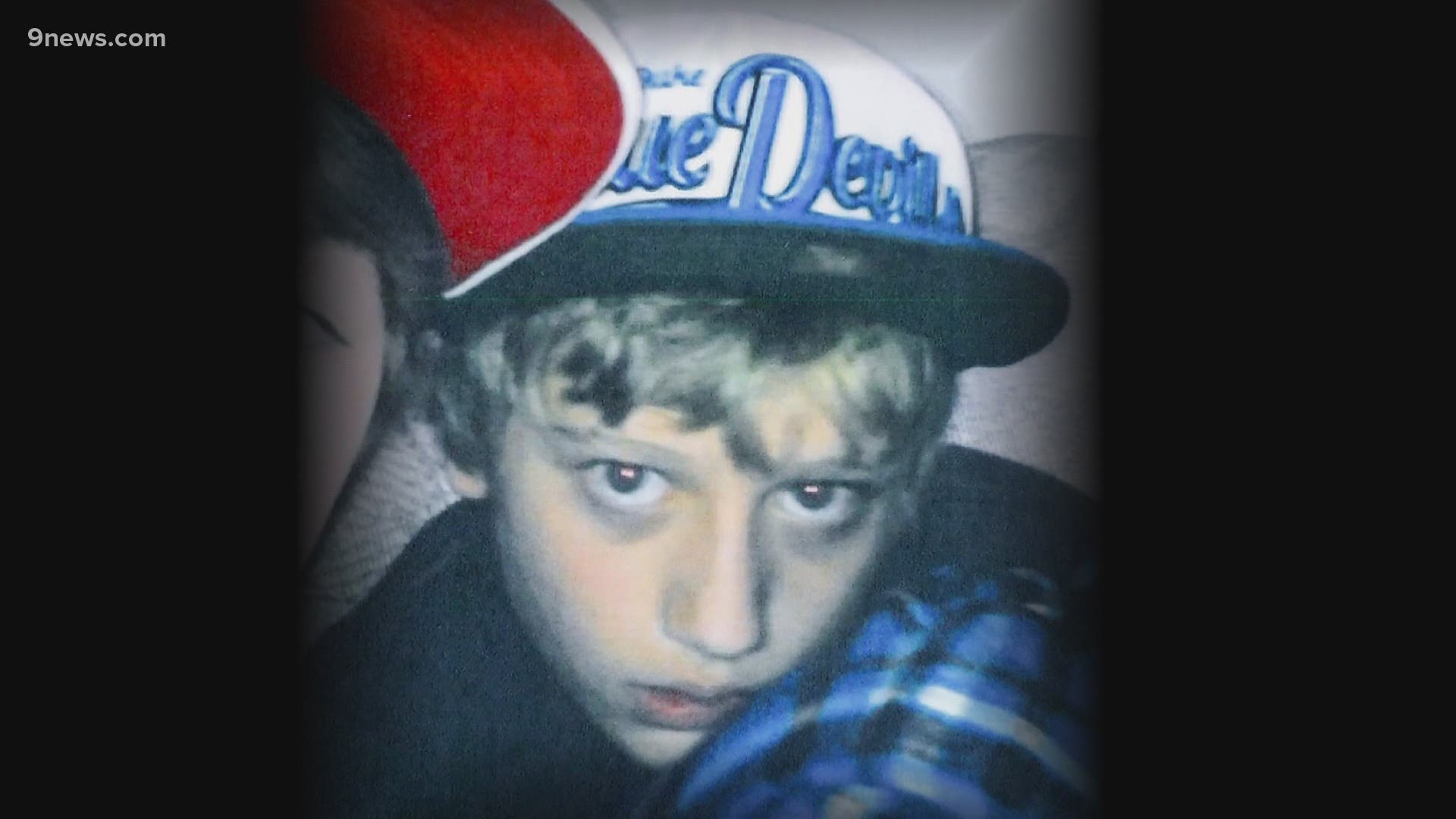 LA PLATA COUNTY, Colo. — The now-retired La Plata County Sheriff's Office investigator who was the first person assigned to the Dylan Redwine case took the stand Tuesday and detailed everything found on Middle Mountain in June 2013 that belonged to the boy who was last seen months earlier.

Dan Patterson began working at the sheriff's office in 1991 and retired in 2015.

He said not long after Dylan Redwine was reported missing, his supervisor assigned him the case. The 13-year-old was last seen on Nov. 18, 2012, during a court-ordered visit to the Vallecito area to visit his father, Mark Redwine.

In 2017, Mark Redwine was indicted on charges of second-degree murder and child abuse resulting in death. His trial began last week and is expected to last a month.

Bones and items belonging to Dylan Redwine were found on Middle Mountain in June 2013. That was the first opportunity to thoroughly such the area because a road leading up to that location had been closed for the winter.

"I would go up occasionally to see how much of the snow had melted so that we could pick a date for a group [search] effort," Patterson said. "And I wanted the road to be clear."

He said he personally conducted a search along with several others in May 2013, but due to conditions, the search was mostly right along the roadway and a little bit farther off to the sides. Nothing was found.

Credit: Jerry McBride
Jerry McBride/Durango Herald 06-29-21-Durango- Dan Patterson a former La Plata County Sheriff's Office investigator, looks at a sneaker that belonged to Dylan Redwine that was recovered during a search on Middle Mountain as he testifies on Tuesday, June 29, 2021, during the Mark Redwine trial in Durango Co., at the La Plata County Courthouse. Mark Redwine is on trial for second degree murder and child abuse resulting in death of his son Dylan Redwine.

Patterson said the first item of interest found in the June search was a shoe, which at first investigators weren't sure belonged to Dylan. He said that once Dylan's mother identified the item as his, searchers focused their efforts in that area, which Patterson described in court testimony as "fairly steep and rugged."

"Someone radioed that they found what looked like pieces of clothing," Patterson said. "There were some black earbuds. I don’t know if it was chewed off, but it was cut on one end. There was a piece of bone, identified as a clavicle found in that same spot."

Credit: Jerry McBride
Jerry McBride/Durango Herald 06-29-21-Durango- Dan Patterson a former La Plata County Sheriff's Office investigator, answers questions about the hand drawn map that he made of the locations where items belonging to Dylan Redwine were found on Middle Mountain during the Mark Redwine trial on Tuesday, June 29, 2021, in Durango Co., at the La Plata County Courthouse. Mark Redwine is on trial for second degree murder and child abuse resulting in death of his son Dylan Redwine.

He described that area as the likely dumpsite for Dylan's body and said during later testimony it was slightly north of the gate on Middle Mountain Road and not far from an ATV trail. The area was between two downed trees.

Credit: Jerry McBride
Jerry McBride/Durango Herald 06-21-21-Durango- Evidence is presented during opening remarks in the Mark Redwine trial on Monday, June 21, 2021, in Durango Colo., at the La Plata County Courthouse. Redwine is on trial for second degree murder and child abuse resulting in death of his son Dylan Redwine.

Patterson said they also brought in a cadaver dog that alerted on a particular bone in an area that was filled with many animal bones.

"Just downhill from that one, there was a bigger one, probably a tibia," Patterson testified.

On cross examination, the defense questioned why GPS coordinates for the many items found were not recorded. Patterson testified that he attempted to take them using his cell phone but said that was service wasn't very reliable up on the mountain.

The defense also questioned why the coroner was not called once human remains were found, to which Patterson replied that he was initially uncertain if a human body had been found.

Following the lunch break, Martin Brenner, a sergeant with the La Plata County Sheriff's Office testified. He's been with the sheriff's office since 2006, but typically works at the jail, and doesn't make it out to many crime scenes, he said.

He was, however, among the search team members that combed Middle Mountain in June 2013 and was the one who found several items, including parts of the shredded shirt, and a clavicle bone.

"I had to do a double take to make sure that wasn’t just the forest floor that I saw,” referring to the small black piece of fabric he spotted. "To the left of the clavicle, when I was moving things with my fingers, I found what looked like a tuft of hair."

During cross examination, the defense asked Brenner if the coroner was called. He replied that he didn't know. He was also asked about evidence markers, and it was noted that no evidence markers or placards are seen in any of the photos of the items that were found on Middle Mountain.

Credit: Jerry McBride
Jerry McBride/Durango Herald 06-29-21-Durango- A sneaker that belonged to Dylan Redwine at the location where it was found during a search on Middle Mountain is displayed as evidence on a TV on Tuesday, June 29, 2021, during the Mark Redwine trial in Durango Co., at the La Plata County Courthouse. Mark Redwine is on trial for second degree murder and child abuse resulting in death of his son Dylan Redwine.

Photos of the items and the bone were shown to the jury, and when the bone was put on the monitor, Dylan's mother, Elaine Hall and his stepdad, Michael Hall, who testified earlier on Tuesday, left the courtroom.

He testified about the day Dylan was last seen, saying that Elaine Hall was the one who told him. Michael Hall said he had agreed to drive to the Durango area with Elaine and his stepson, Cory.

"I figured we'd hear from Dylan by the time we got to Alamosa," Michael Hall said.

When Dylan failed to respond to messages from both his mom and brother, Michael Hall said he became increasingly concerned.

He detailed how later he had to drive back to Alamosa to meet his mother, who had driven there with items that belonged to Dylan that had been collected for investigators. Those items included a pillowcase, clothing from a hamper and a blanket. They also provided one of Dylan's baby teeth, Blistex and mouthwash.

During testimony on Monday, a detective said that Mark Redwine had no items that belonged to Dylan at his home.

On Tuesday, Michael Hall said while he was in town for a search of a lake on April 23, 2013, he drove up Middle Mountain Road before the search started. At that time of year, he said you can only drive so far before the road is blocked by a locked gate.

"He appeared to me, he was trying to put a great deal of distance between him and me," Hall testified.

Despite that, Hall testified that he was able to catch up to the vehicle, but they went separate ways once they reached the main road. Hall said he drove to Mark Redwine's home and verified that his truck was not there. He said he reported the encounter to law enforcement.

Hall testified that at some point between that April date and when Dylan's remains were found, he went back to Middle Mountain Road and placed wildlife cameras. He said he had turned the cameras over to law enforcement and couldn't say whether they captured anything of value to the investigation.

Credit: Colorado Courts
The red line is Middle Mountain Road with the red arrow pointing to the gate location. The purple lines are ATV trails.

Botsford also testified about a volunteer group known as the San Juan Sledders that grooms the area for off-road use once there's at least a foot of snow.

On cross-examination, the defense noted that at least one member of that volunteer group has a key to the gate on the roadway. It was also noted that the lock on the gate is often cut off.

The defense also brought up hunting season, which in 2012 ended at sunset on Nov. 18 for deer and elk on public lands; however, people could still hunt turkey or harvest Christmas trees in that area through the end of the year.

He also said he was involved in the June 2013 searches for Dylan Redwine on Middle Mountain and said he located what appeared to be a finger or toe bone hidden in some animal scat.

The last witness of the day was La Plata County Sheriff's Office Deputy Tonya Golbricht, who's been with the sheriff's office for 18 years.

She said she was on vacation when Dylan Redwine was reported missing but upon her return, her first involvement in the case was talking with members of Dylan's family to include his mom Elaine and brother Cory on Nov. 23, 2012.

"They were stressed, tired, honestly looked a little dirty, very tired, overwhelmed," she said. "Everything I would imagine somebody would look like in that situation."

She said she collected information from them and ultimately determined none of them were in the area when Dylan was last seen, which she said helped eliminate them as potential suspects in the case.

She also said she obtained warrants for cell phone records for various people including a "tower dump" which asked for data from the two cell towers that were in the area in 2012.

Golbricht testified that more than 900 tips related to the case came in and that each of them was treated the same, no matter how outlandish they seemed.

"We treated all the tips the same," she said. "If if I ever found myself sitting here for this case, I wanted to be able to confidently say that we did everything we could."

She also said she was with Cory Redwine and Mike Hall when they positively identified the shoe that was found as belonging to Dylan.

"At first in shock, and emotion, even a little bit of happiness, because we felt like maybe we were in the right spot," she said.

Golbricht will return to the stand at 8 a.m. Wednesday morning to continue her testimony.

> 9NEWS is providing daily digital updates on the Mark Redwine trial. For all of the coverage, visit 9news.com/dylanredwine. 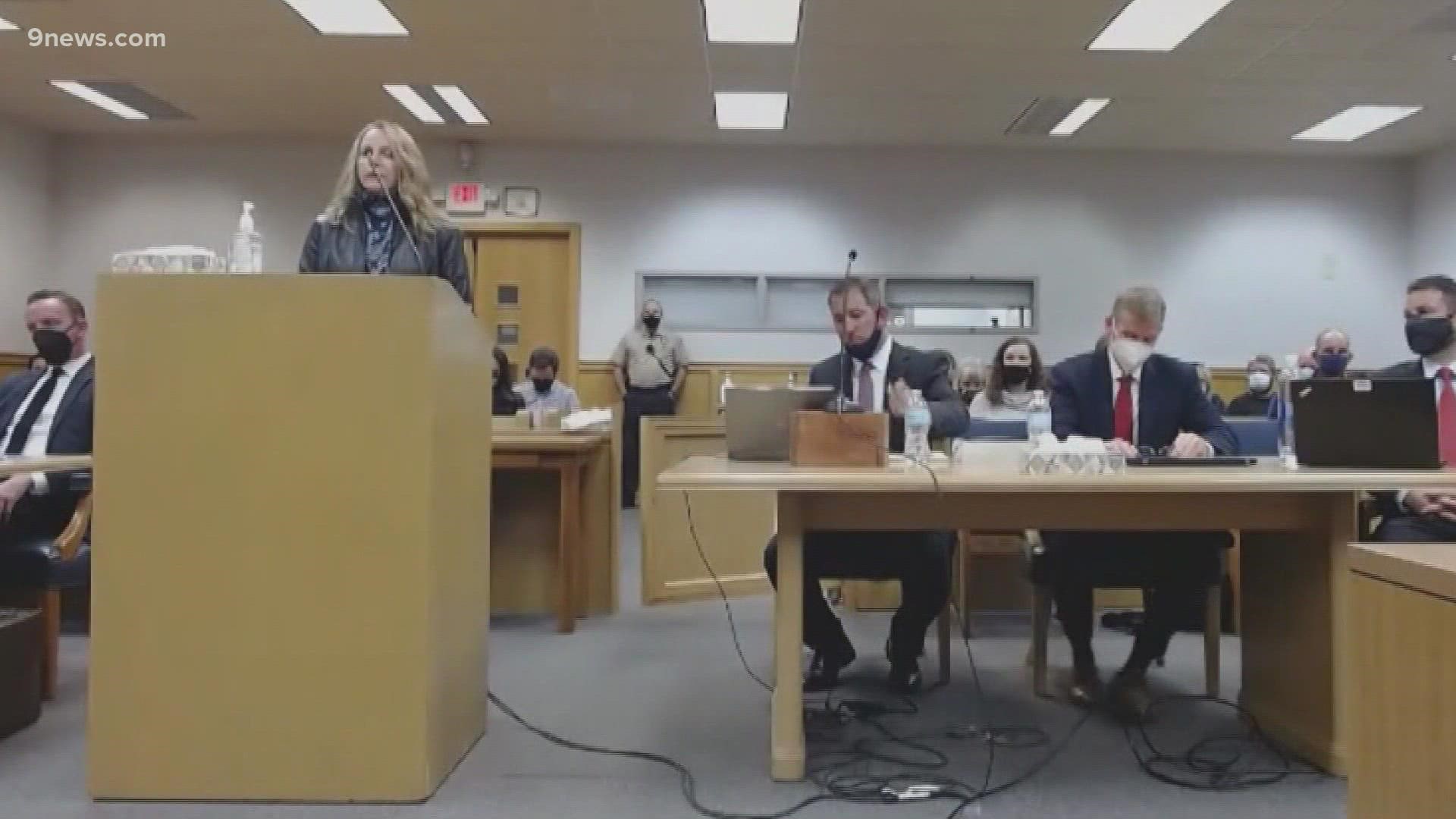