Dr. Bruce Anderson, a forensic anthropologist, also questioned whether other marking on the skull were made by a sharp tool. 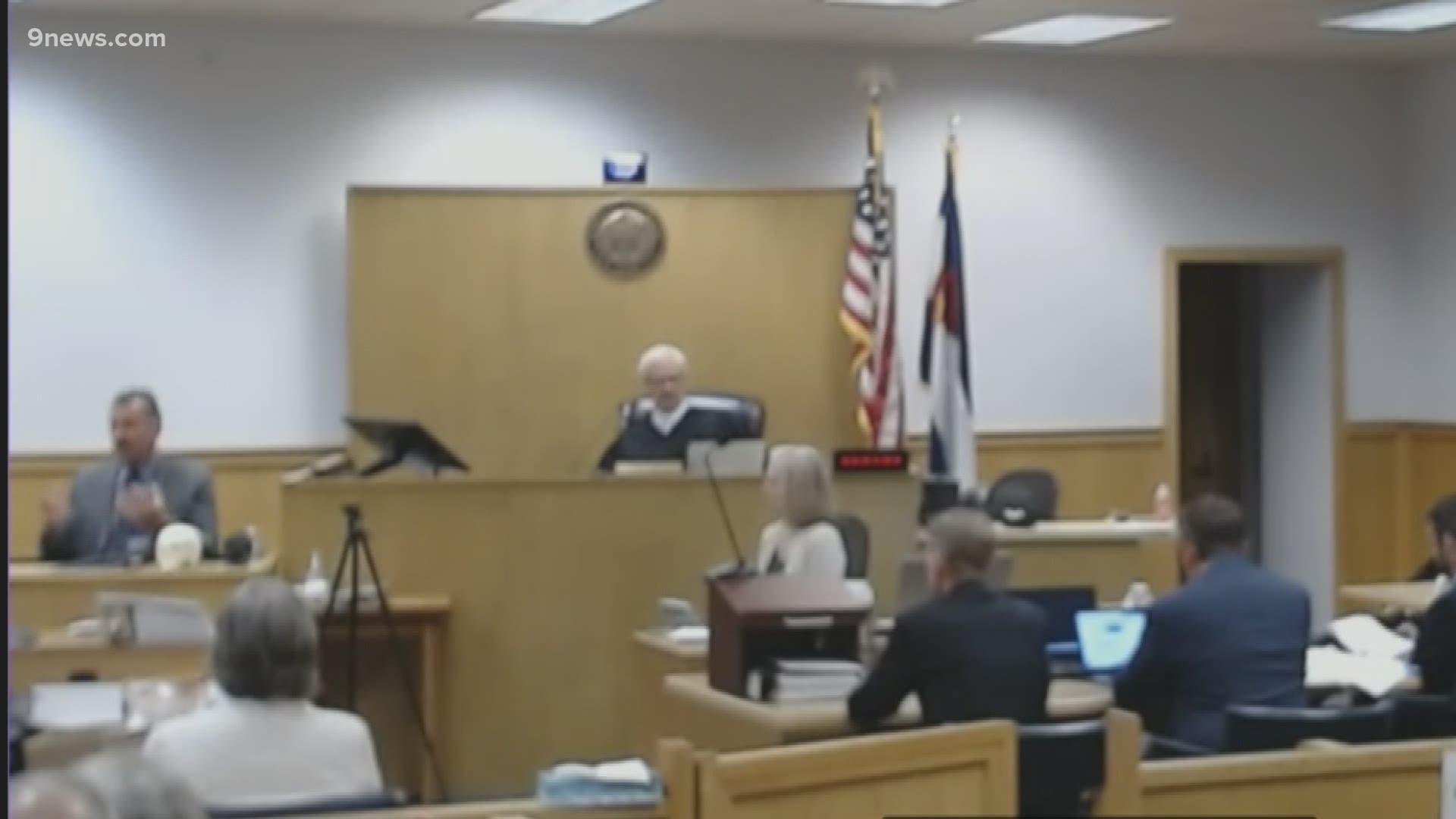 LA PLATA COUNTY, Colo. — Following nearly three full weeks of testimony from prosecution witnesses, the defense team for Mark Redwine began its case with a forensic anthropologist who raised questions about when exactly Dylan Redwine's skull was fractured and whether other markings on the skull were caused by a sharp tool.

Mark Redwine is charged with second-degree murder and child abuse resulting in death in connection with the 2012 disappearance and death of his 13-year-old son Dylan.

Dylan was last seen on Nov. 18, 2012, and his partial remains were found on Middle Mountain in June 2013. In November 2015, hikers found his skull in another area about five miles away.

Earlier in the trial, forensic anthropologist Dr. Diane France testified for the prosecution and stated that the fracture on Dylan's skull was "perimortem" meaning that it occurred at or around the time of his death.

On Friday, Dr. Bruce Anderson, who has spent decades working as a forensic pathologist with the Pima County Medical Examiner's office in Arizona, testified for the defense.

"It's fractured the way you would expect from someone who was alive," he said. "But because bone dries out slowly and collagen persists for days, maybe even weeks, the bone will break two or three weeks after the death the same way it will break while the person is alive."

Anderson, like France, also testified that there's no way to know if the fracture caused Dylan's death.

"There’s no reason to think that fracture has to be what caused this young man’s death, it could be but we don’t have the rest of the face to tell us that," he said.

Credit: Jerry McBride
Jerry McBride/Durango Herald 07-09-21-Durango- Bruce Anderson, a forensic anthropologist, describes with a cast of a skull unrelated to the case, on how animals can leave marks when they are scavenging as he testifies on Friday, July 09, 2021, during the Mark Redwine trial in Durango Co., at the La Plata County Courthouse. Mark Redwine is on trial for second-degree murder and child abuse resulting in the death of his son Dylan Redwine.

He said there was no point of impact found on the skull but said that the fracture could have resulted from a blow to the face, but without those portions of the skull there is no way to know.

Anderson also questioned whether two linear markings found on the skull near the zygomatic arch were the result of a sharp tool, which France testified to earlier. He said he believed the markings were naturally occurring, sulci, the technical term for shallow grooves in that area of the body.

“There are multiple natural occurring depressions in the bone that are caused by bones growing faster than neurovascular bundles can stretch," said Anderson.

He testified that these grooves would be commonly found in the skull of someone about Dylan's age because during that time the skull is one of the most rapidly growing parts of the body.

He said one of the markings he believed was a sulcus, had a slightly uplifted portion, which he believed was caused by something being "raked" through the area. He suggested an incisor tooth or the claw of an animal was responsible for the anomaly.

"It was certainly consistent with it, but it was very near, a centimeter away from the vicinity of an area of the cranium that we know had breakage and punctures, it was broken by a canid [likely a coyote]," Anderson testified.

On cross examination it was revealed that Anderson had examined Dylan's skull in June 2019 and never looked at any of the prior photos taken by France during her prior examination. It was also noted that he looked at the skull using a microscope that had much lower magnification than the one France used during her examination, meaning she would have been able to look at the markings in much greater detail when she came to the conclusion they were made by a sharp tool of some kind.

"I think eight power was enough for me," Anderson said. "I brought the tools I thought would be necessary to render an opinion."

On redirect, Anderson said he did not look at France's report prior to his exam, to eliminate any potential bias during his own analysis.

Credit: Jerry McBride
Jerry McBride/Durango Herald 07-08-21-Durango- Jim Ezzell, an investigator with the La Plata County Sheriff's Office, describes a drone video where Dylan Redwine's remains were found as he testifies on Thursday, July 8, 2021, during the Mark Redwine trial in Durango Co., at the La Plata County Courthouse. Mark Redwine is on trial for second degree murder and child abuse resulting in death of his son Dylan Redwine.

During his testimony, Anderson also said that in his experience the skull is found with the rest of the body about as often as it is found somewhere else.

He testified that he believed it was possible for a coyote to carry Dylan's skull away from the rest of his remains. It was found about five miles away and over a ridge from his other remains.

Earlier in the trial, a wildlife expert conceded that it was technically possible for a coyote to carry the skull away but said it was unlikely because they'd have no reason to carry it that far.

Animal behavior was a topic covered heavily by the next witness who took the stand following the lunch break. Jerry Apker retired from Colorado Parks and Wildlife in 2017 after a more than three-decade career where he specialized in wildlife biology.

He testified about the behavior of carnivores in Colorado which included mountain lions, bears, and coyotes.

In Colorado in the wintertime most bears are in hibernation by mid-November and on rare instances where they're not he testified that they're "lethargic" and not feeding during that time. He said it would be unlikely for bears to scavenge in the winter, but that it would be common for coyotes or mountain lions.

Apker was asked to go over a topographic map showing the elevation changes on Middle Mountain between two locations where Dylan's remains were found.

He said it was about 1,000 feet elevation gain but also testified that coyotes would be unlikely to straight up and over the ridge and would like to find a way around. He's estimated that a possible route around instead of directly up and over was roughly three miles.

While Apker said it was possible, he said that he had "never seen a coyote carry something that far."

When asked about the possibility of a bear moving the skull, Apker stated, "In the winter time, I would say bears doing that kind of thing would be almost the rarest circumstances I've ever seen."

Based on typical mountain lion behavior that he's observed, Apker said they typically only carry or move their prey about 200 yards at most.