Richard Eikelenboom, a forensic scientist, also pointed out the lack of blood on Mark Redwine's clothing. 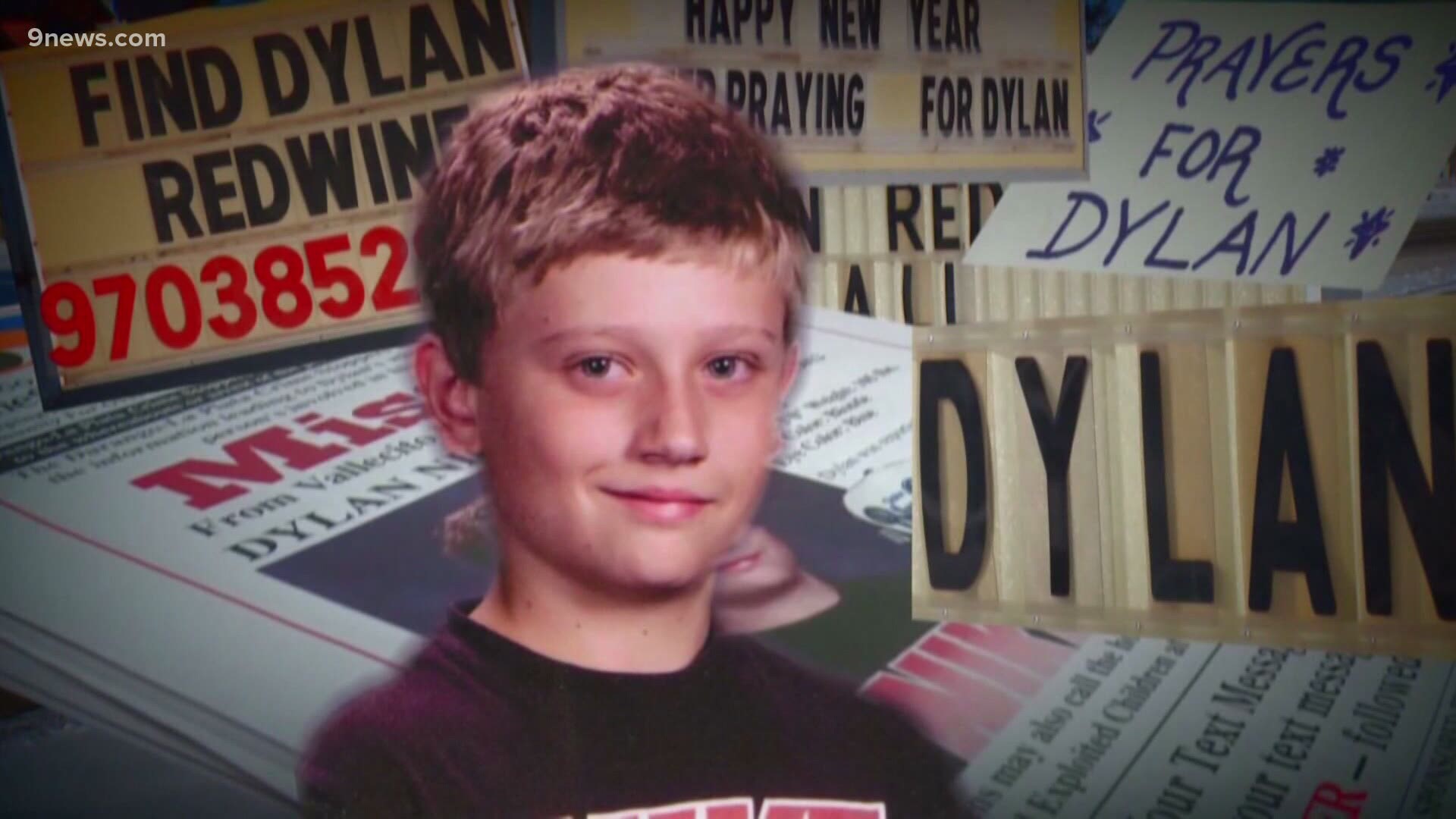 LA PLATA COUNTY, Colo. — A forensic scientist spent hours Tuesday morning on the witness stand going over bloodstains found inside the home of Mark Redwine and said he would have expected more blood to be present if there was some type of violent incident there.

Richard Eikelenboom, who is originally from the Netherlands, but moved to the United States in 2011, never visited the home of Mark Redwine who is accused of killing his 13-year-old son Dylan. He did, however, travel to the La Plata County Sheriff's Office where he was able to examine the physical evidence collected and photos related to the case.

Eikelenboom testified that since moving to the U.S. in 2011, much of his work has been lab-based, but that while in the Netherlands, he visited roughly 80 homicide scenes a year.

He testified that a majority of the cases involved blunt force trauma or beatings because guns are outlawed in that country and are difficult to come by.

Due to the conditions of Dylan Redwine's remains, experts have been unable to determine his cause of death. However, two forensic anthropologists who testified during the trial both noted a fracture on Dylan's skull that occurred at or around the time of death.

Mark Redwine is charged with second-degree murder and child abuse resulting in death in connection with the 2012 disappearance and death of Dylan.

He was last seen on Nov. 18, 2012 during a court-ordered visit with his father at his Vallecito home. His partial remains were found on Middle Mountain in June 2013. More than two years later, in November 2015, his skull was found several miles away over a ridge.

Credit: Jerry McBride
Jerry McBride/Durango Herald 07-13-21-Durango- Richard Eikelenboom, a forensic scientist, looks over evidence as he testifies on Tuesday, July 13, 2021, during the Mark Redwine trial in Durango Co., at the La Plata County Courthouse. Mark Redwine is on trial for second-degree murder and child abuse resulting in the death of his son Dylan Redwine.

Eikelenboom said Tuesday that if some type of blunt force trauma had occurred in Mark Redwine's living room, he would have expected to see more blood, but he said the presence of the chemical luminol made it difficult to tell exactly how much blood there was in the first place.

In this case, he said the application of the chemical luminol could have made the stains larger, due to the water-based chemical dripping or running.

The photo below shows some of that dripping on the loveseat inside Mark Redwine's home.

Credit: Colorado Courts
Luminol was applied to a couch at Mark Redwine's couch.

He also testified that the original bloodstain may have been much smaller and could have been made larger by someone wiping it up.

He said, however, that if the small bloodstain on the corner of a coffee table had been larger and cleaned up, he would have expected the cracks or grooves on the table to "glow" when the luminol was applied, as he said it's very difficult to completely remove all of the blood from those small cracks and crevices.

Credit: Colorado Courts
Luminol glowing on a bloodstain on a table at Mark Redwine's home.

Earlier in the trial, Joe Clayton, who was the one who applied the luminol at the Redwine home testified about a bloodstain found on the wooden floor under the rug. He said if the rug had been there he would have expected to find blood on the carpet as well, which he did not.

On cross examination, Eikelenboom agreed to that point and said he's never been to a crime scene where someone was able to completely remove blood from carpeting, simply because it seeps into the fibers.

Prosecutors asked if it was likely the rug was later placed on the top of the blood stain after it was wiped up, and he replied yes.

He also agreed on cross examination that there were blunt force injuries that could result in death that might bleed very little or not all.

"There is very little blood. There can be all kinds of violence and some of the violence you don't have very much blood," Eikelenboom said.

He's said he's seen instances where there are skull fractures without the skin being broken or brain trauma that's fatal without any external bleeding.

Eikelenboom also looked at clothing belonging to Mark Redwine that was collected as evidence. Mark Redwine was seen wearing the clothing in Walmart security video on the day Dylan was last seen. A cadaver dog also picked up a scent of human remains on the clothing.

Eikelenboom said he didn't notice any blood on the clothing which included a shirt, jeans and shoes.

"If the clothing was worn and you beat someone up, some of the blood splatter, not always, but very likely comes back to the suspect," Eikelenboom testified.

Eikelenboom took the stand after lunch to wrap up his testimony.

After lunch, Cynthia Kramer, a forensic biologist with the Colorado Bureau of Investigation took the stand and talked at length about the size of the DNA samples that were collected from Mark Redwine's home and then tested.

She also testified about a beer can that was tested for DNA at the request of the defense team in February 2020.

It was found in an area on Middle Mountain that was associated with Dylan Redwine, according to Kramer's testimony.

Credit: Jerry McBride
Jerry McBride/Durango Herald 07-13-21-Durango- Cynthia Kramer, a DNA analyst with the Colorado Bureau of Investigation, is sworn in before she takes the witness stand on Tuesday, July 13, 2021, during the Mark Redwine trial in Durango Co., at the La Plata County Courthouse. Mark Redwine is on trial for second-degree murder and child abuse resulting in the death of his son Dylan Redwine.

She said the sample was compared to known samples from Mark Redwine, Cory Redwine and Dylan Redwine, and they were all excluded as the contributors. Elaine Hall, Dylan's mother, and David Stone, who is Mark Redwine's brother, were also excluded as possible contributors to that sample found on the can.

She also determined the sample on the can belonged to a man.

Kramer testified that the sample from the can could not be submitted to the Combined DNA Index System (CODIS) because it did not meet the criteria.

> 9NEWS is providing daily digital updates on the Mark Redwine trial. For all of our coverage, visit 9news.com/dylanredwine.