A letter obtained by 9Wants to Know reveals the U.S. Department of Labor is telling states not to release daily figures on the number of unemployment claims. 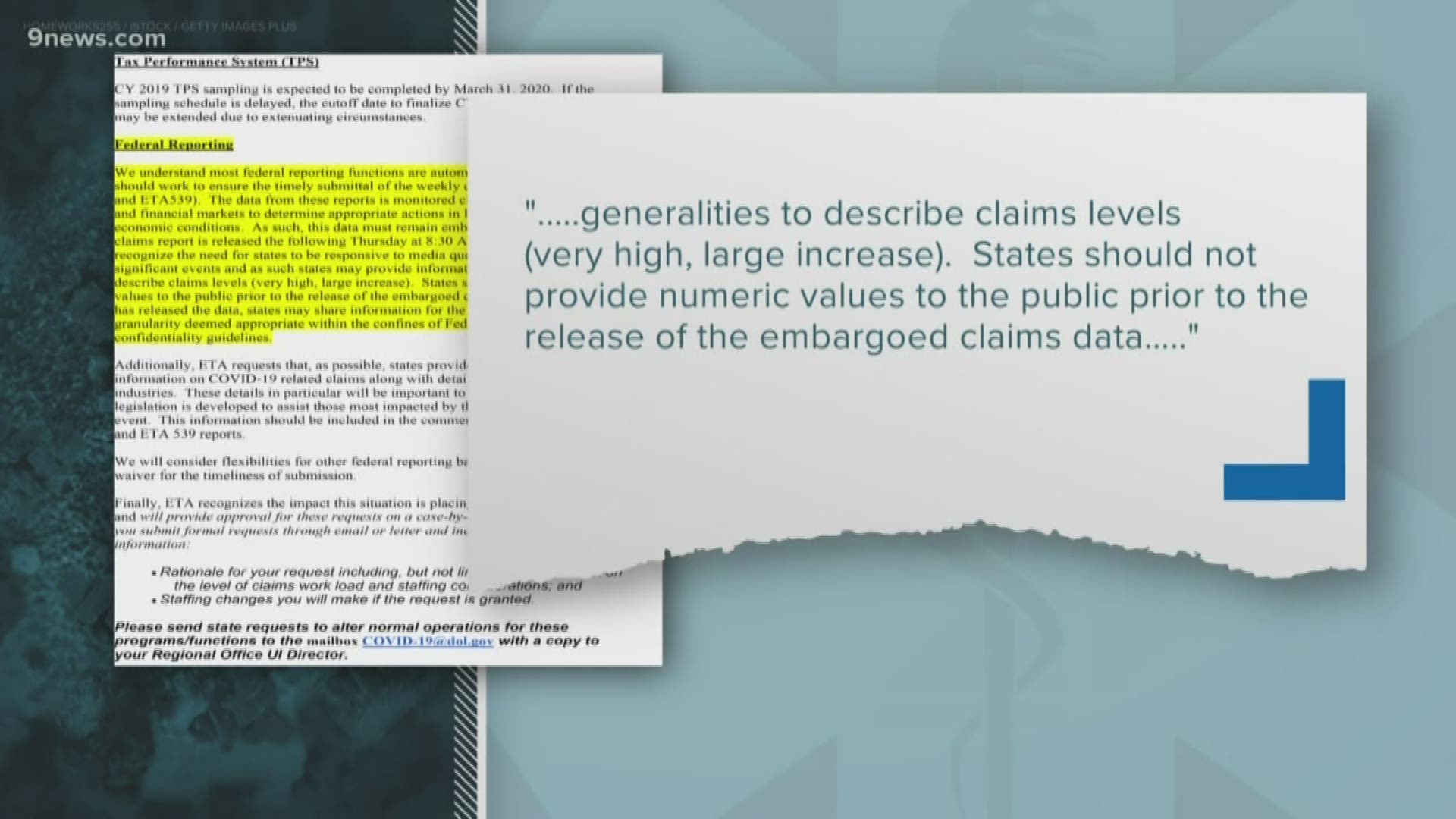 In a move meant to tamper down and control the daily reporting of unemployment claim numbers, Colorado and other states are being told by the federal government to be general when giving information to the press.

The U.S. Dept. of Labor (DOL) on Wednesday sent the letter to state labor departments across the country.

RELATED: Answering your questions about filing for unemployment during COVID-19 pandemic

RELATED: 'This is just unprecedented': Unemployment applications skyrocket in Colorado amid the coronavirus outbreak

It says, “The data from these reports is monitored closely by the policy makers and financial markets to determine appropriate actions in light of fast changing economic conditions.”

The letter then tells states not to release daily data and to wait until national numbers are released.

“As such, this data must remain embargoed until the national claims report is released the following Thursday at 8:30 AM EDT/EST,” the letter said.

The letter also instructs states to use general terms with the media when giving out unemployment claim information requests.

> The full letter can be viewed here.

A spokesperson for the Colorado Department of Labor said it will seek the advice from the Colorado Attorney General's Office about the new federal mandate.

A spokesperson added that the department will continue to give out unemployment filing data in a range of numbers, believing that will satisfy the new federal rule.

U.S. Senator Michael Bennet of Colorado, a democrat, responded to the new measure in a statement from his office.

“Trying to hide the numbers won’t do anything to help people who are already enduring incredible hardship from jobs they lost through no fault of their own. It’s absolutely essential that states be allowed to release real numbers so we know how bad the situation really is," a statement from Bennet's office said.

9NEWS reached out to U.S. Senator Cory Gardner, a republican, for a response but has not received a reply.