Todd Grudznske was convicted of murder in the death of Angela Wimmer. Suit alleges he was "visibly intoxicated" at three taverns the day of the crash. 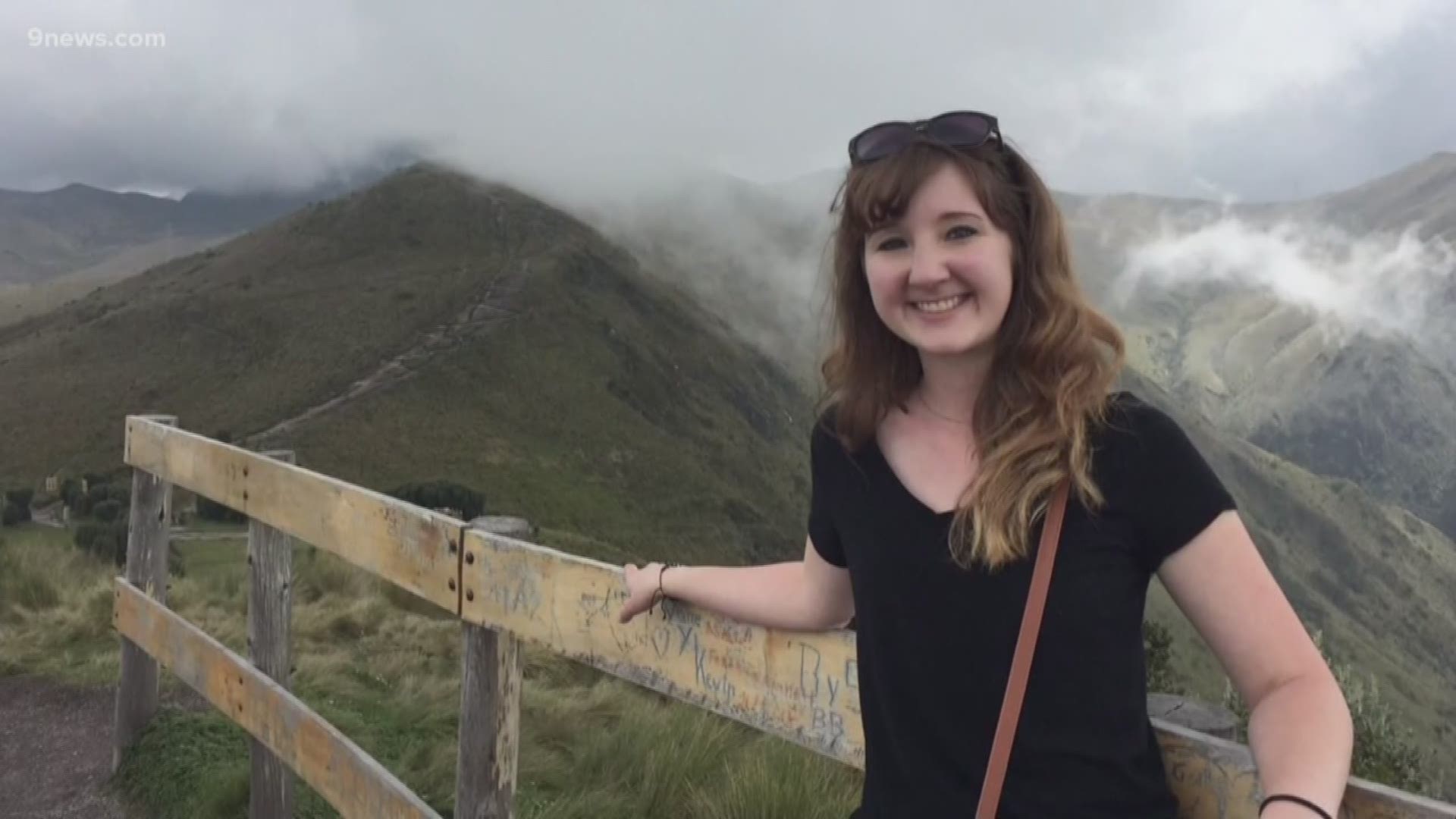 The parents of a woman killed last fall in a DUI crash in Lakewood have filed suit against the drunk driver who smashed into her and three bars where he’d been drinking that morning, 9Wants to Know has learned.

Angela Wimmer, 25, died last Sept. 30 after a pickup driven by Grudznske – a man with six previous DUI convictions – plowed into her as she sat at a red light at the intersection of Kipling Street and Colfax Ave.

In June, a Jefferson County jury convicted Grudznske of first-degree murder and other charges in Wimmer’s death, and he will spend the rest of his life in prison with no chance of parole. He is scheduled to be formally sentenced on Aug. 14.

In the suit filed in Jefferson County District Court, Randy and Linda Wimmer asked for both economic damages – including medical and funeral expenses – and non-economic damages for such things as grief, mental anguish, loss of companionship, pain, and suffering, and emotional distress.

“From what my bartender said, he did not appear to be intoxicated,” Shawna Soderman, one of the owners of Swig Tavern, told 9NEWS on Friday.

She noted that Grudznske went to two other bars after leaving Swig Tavern. She also said there is a dispute about how much Grudznske drank at her bar.

“I don’t have anything to say, really,” Soderman said. “I mean, it is what it is. The family’s distraught. I get it.”

Messages left Friday afternoon for the operators of Tavern on 26th and Misfits Sports Bar & Grill were not immediately returned.

Grudznske, who remains in jail while he awaits sentencing, also could not be reached. He has previously declined to comment.

According to testimony at Grudznske’s criminal trial, he went to Swig Tavern, 11810 W. Colfax Ave., around 9 a.m. that Sunday, where he drank a beer and three shots of Rumple Minze. The suit alleges that by the time he left the tavern around 10 a.m. he was exhibiting signs of intoxication that included “bloodshot, watery eyes, slurred speech, difficulty with walking and balance, and a strong odor of alcohol coming from his breath.”

Credit: Jefferson County District Court
This surveillance photo shows Todd Grudznske in a bar before he was allegedly involved in the fatal crash that killed Angela Wimmer, police said.

From there, according to trial testimony, Grudznske went to Tavern on 26th, 10040 W. 26th Ave., which is operated by his landlord. While he was there he had a beer and a shot of tequila. Grudznske asked two other patrons there to go with him to another bar, the suit alleges, but they did not want to ride with him because he appeared to be “pretty loaded.”

Just before 11 a.m. that day, Grudznske arrived at Misfits Sports Bar & Grill, 11475 W. Colfax Ave. There, according to video footage played during his trial, he drank two beers and at least five shots of whiskey.

Five minutes after leaving Misfits, Grudznske plowed into Wimmer’s stopped car at a speed of between 57.8 and 69.4 miles per hour, according to police records. The impact was so violent that Wimmer’s car was hurled from its stopped position into a 44 mph slide in a quarter of a second.

According to documents obtained by 9Wants to Know, Grudznske’s blood-alcohol level was .341 at about an hour after the crash. That’s more than four times the level of .08 at which a motorist is considered intoxicated in Colorado.