A year after the City of Denver issued Troy Morgan a security guard license, a state training board voted to revoke his police officer certification. 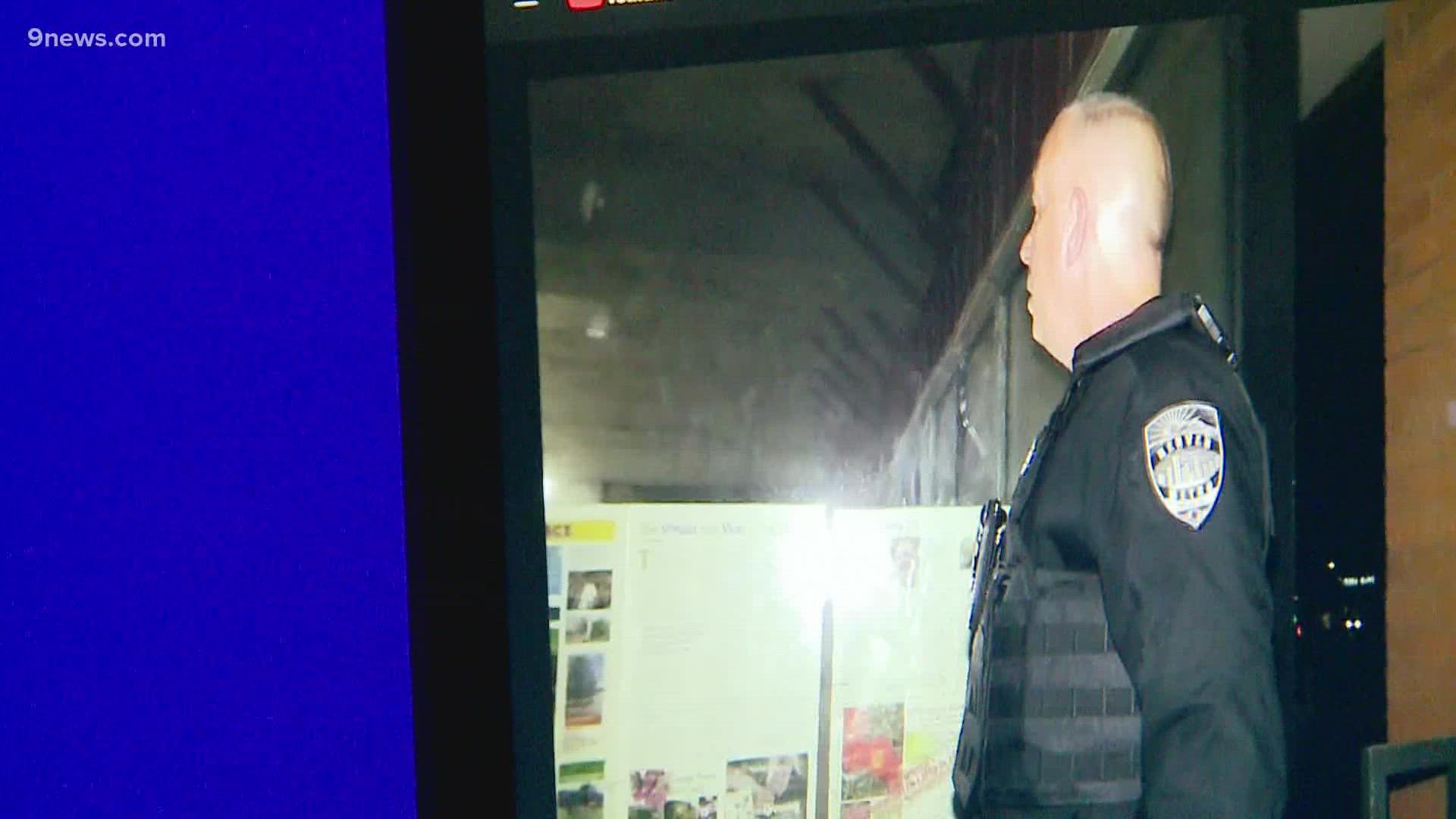 DENVER — At first glance, a video on YouTube posted by a security guard company called Denver Metro Protective Services looks like a ride-along with a police officer.

But for 12 minutes, the company promotes an employee in Denver who was previously fired from two Colorado police departments.

His name is Troy Morgan, and he is an armed security guard with Denver Metro Protective Services. The City of Denver issued him a license in early 2020.

A couple of years before his security job, Morgan worked for the Fowler Police Department, which is east of Pueblo. The police chief at the time, Jacob Freidenberger, fired Morgan in March 2018, after he hired him less than a year before in June 2017.

"Since you were hired, I have counseled you many times," Freidenberger wrote in his termination letter to Morgan.

The termination letter, which is six pages long, can be viewed in full below. It cited inappropriate behavior with a waitress at a restaurant as one of the reasons for Morgan's firing.

"Difficulty training, difficulty adhering to policies, never really seemed to get along with officers or members of the community," Freidenberger told 9NEWS.

Over the phone, Morgan said nearly all of the allegations in the termination letter are false. He said the firing was in retaliation for a complaint he filed against Freidenberger days before.

"The behaviors he has exhibited before, those are concerning," Freidenberger said. "I personally would have some concerns with that. It definitely wouldn't be my choice."

After Freidenberger let Morgan go, the Springfield Police Department (SPD), which is in Baca County, picked him up in June 2019. Morgan didn't keep that job for long. SPD Chief Katrina Martin fired him in September 2019.

According to a letter from Martin to Morgan, the department got a complaint that Morgan threatened to assault a man on a call and got into a verbal altercation.

When asked about the complaint, Morgan told 9NEWS that he lost his cool and admitted to making a mistake.

SPD conducted an internal affairs investigation, and the termination letter shows Martin fired Morgan for intimidating or threatening behavior and for his relationship with the public.

In January 2020, a few months after SPD fired him, Morgan was issued a security guard license in the City of Denver.

Eric Escudero, a spokesperson for Denver’s Department of Excise and Licenses, said there is no record of any violation of disciplinary action against Morgan’s security guard license.

"How comfortable do you feel that he is a security guard here in Denver?" 9NEWS asked Escudero.

"The scrutiny he is under in Denver is more than any scrutiny he's going to see anywhere in Colorado, and he passed that scrutiny," Escudero said.

Denver is one of very few cities in the state that requires any type of security guard license. Denver implemented new requirements in 2018 that include additional training and a tougher criminal background check, which Morgan passed.

Security guards will be required to pass an FBI background check that covers criminal violations on a national level.

Security guards in Denver are also required to complete at least 16 hours of training before being licensed and eight hours of training upon renewal. Training must cover duties of a security guard, communication procedures and protocols, interaction with law enforcement, and use of force.

"When it comes to past employment history, that is really the responsibility of the company to make sure they’re hiring people that are not going to put their license at risk," Escudero said.

Springfield's town clerk said they have no documentation that any security company contacted the town or police department. Morgan said his employment history was on his resume for the security job.

"Would you have hired this person?" 9NEWS asked a security consultant.

"I probably would not have hired this person," said Dan Corsentino, owner of DC Security & Investigative Consultants.

Corsentino was in law enforcement for 25 years. He now runs his own security guard company in Pueblo.

"Even though he is guided by policy and procedure, the past behavior suggests that he doesn't follow it," Corsentino said.

According to Corsentino, security companies, like many industries right now, are struggling to find employees to fill their openings.

"It is an individual choice for every security company," he said.

Corsentino said former police officers are valuable to security guard companies because they have additional training.

To be eligible to be a peace officer in Colorado, a person must be certified by the Peace Officer Standards and Training (POST) Board. Basic certification requires completion of a POST-approved Basic academy, which includes hundreds of hours of training.

The Colorado POST Board voted to revoke Morgan's police officer certification in March 2021 after SPD accused him of lying, an accusation that Morgan denied to 9NEWS.

Prior to a law passed in 2019, nearly all revocations had been due to felony convictions or specific misdemeanor offenses. In this instance, SPD reported to POST that Morgan knowingly made an untruthful statement during an administrative investigation or disciplinary process.

The complaint and investigation report from SPD are below.

The decertification meant Morgan can no longer work in Colorado law enforcement.

He was decertified just over a year after the City of Denver issued his security guard license; however, being a police officer is not the same as being a security guard.

"A police officer has police powers to arrest," Corsentino said. "A security operator, a security guard, has only citizen arrest powers to detain."

Morgan told 9NEWS that he didn’t tell his current security guard company he’s no longer POST-certified because it hasn’t come up. Officers can have a hearing to keep their certification if a department accuses them of untruthfulness, but Morgan said he decided not to because he has “already been dragged through the mud enough” and was done being a cop.

“Just because I had problems in law enforcement doesn’t mean I am a bad employee or a bad guy,” he said by phone.

9NEWS asked Denver’s Department of Excise and Licenses whether decertified cops should be allowed to be security guards in Denver.

“If they have no past criminal history then, yes, they could be allowed to do that in Denver if they have not committed any violations that could become a criminal problem,” Escudero said.

The majority of the city’s security guards are of the highest character, said Escudero, who said his department doesn’t see many violations of security guard laws.

9NEWS has emailed the general manager of Denver Metro Protective Services several times but has not received a response.