FAA manager would have problem flying most of country's helicopters

As the Federal Aviation Administration struggles to come up with better standards for the vulnerable fuel systems onboard most of the country’s civilian helicopter fleet, a high-level manager with the FAA tells 9Wants to Know he won’t pilot a helicopter that doesn’t have a crash-resistant fuel system. 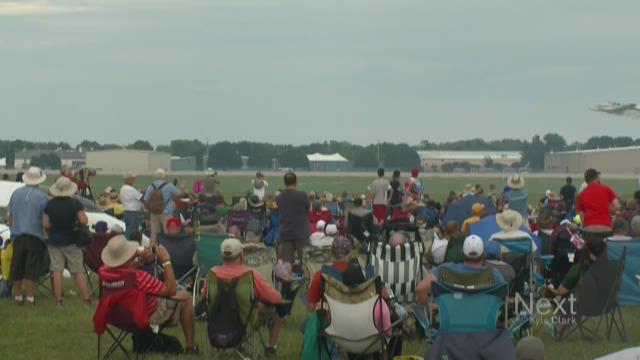 As the Federal Aviation Administration struggles to come up with better standards for the vulnerable fuel systems onboard most of the country’s civilian helicopter fleet, a high-level manager with the FAA tells 9Wants to Know he won’t pilot a helicopter that doesn’t have a crash-resistant fuel system.

The statement effectively means Jim Viola, the manager of FAA’s Flight Standards Service, would refuse to fly nearly 5,000 helicopters in use today.

“I don’t want to look like a fool when I catch a [helicopter] skid, roll the helicopter and it catches fire,” he told 9Wants to Know investigative reporter Chris Vanderveen.

Yet when it comes to the thousands of pilots and passengers who fly – many of them unwittingly – in those same helicopters, Viola says helicopter manufacturers need to shoulder much, if not all, of the responsibility.

“We try not to hamper growth,” Viola said bluntly.

The statement takes on added significance one year after a Flight for Life helicopter erupted into a wall of flames shortly after hitting a parking lot outside of St. Anthony Summit Medical Center. Surveillance video of the crash, exclusively obtained by 9NEWS, shows fuel pouring out of the Airbus AS-350B3e seconds after impact.

Flight nurse Dave Repsher spent more than a year in the hospital trying to recover from burns on more than 90 percent of his body.

9NEWS has found more than 170 other post-crash fires involving helicopters since 1994. Recently, 9Wants to Know reporter Chris Vanderveen traveled to OshKosh, Wisconsin, to try to finally get an on-camera interview with the FAA on its inability to work on the problem despite four decades of warnings.

The FAA had repeatedly denied any of Vanderveen’s requests for an on-camera interview.

“This is something we are actually very focused on,” said FAA Administrator Michael Huerta when asked by Vanderveen how much more time the FAA would need to try to come up with a solution.

“I don’t have a specific answer in terms of when,” he added.

With the use of bladder tanks and breakaway fuel valves, the military essentially eliminated the problem before the first Reagan presidency.

The National Transportation Safety Board formally notified the FAA of the problem with vulnerable fuel systems in 1980. In 1985, it repeated its call for the FAA to consider upping the standards for crash-resistant fuel systems. In 1994, the FAA changed the rules, but it simultaneously allowed a massive loophole that allowed manufacturers to continue to build helicopters with fuel systems prone to rupture after otherwise survivable crashes.

It’s that loophole that a pair of Colorado congressmen are trying to close after reviewing the results of the 9Wants to Know investigation.

While in Wisconsin, Vanderveen also spoke with Viola. It was during that interview, Viola told Vanderveen of his wariness of helicopters without crashworthy fuel systems.

The resulting crash, shown on a surveillance video recently released by the NTSB, shows a fireball immediately after impact. The NTSB concluded the fire, and not the crash, killed Ronald Rector.

“Good people have to get off their rear ends and do something,” said Beverly Rector during a recent visit to Colorado.

“We have to speak up, or we’re not going to make any progress,” she said.

Viola said antiquated fuel systems remain a concern. As for a fix, he said, “We absolutely want to get there.”

What would you say to people like Dave Repsher who would like to see the FAA settle on a solution sooner rather than later?

“A change could happen. I mean, right now industry can stop producing aircraft that don’t have crashworthy tanks,” he said.