The widow of a Flight for Life pilot who died in a fiery chopper crash in Frisco is reacting to National Transportation Safety Board findings that helicopter design flaws contributed to her husband’s death. 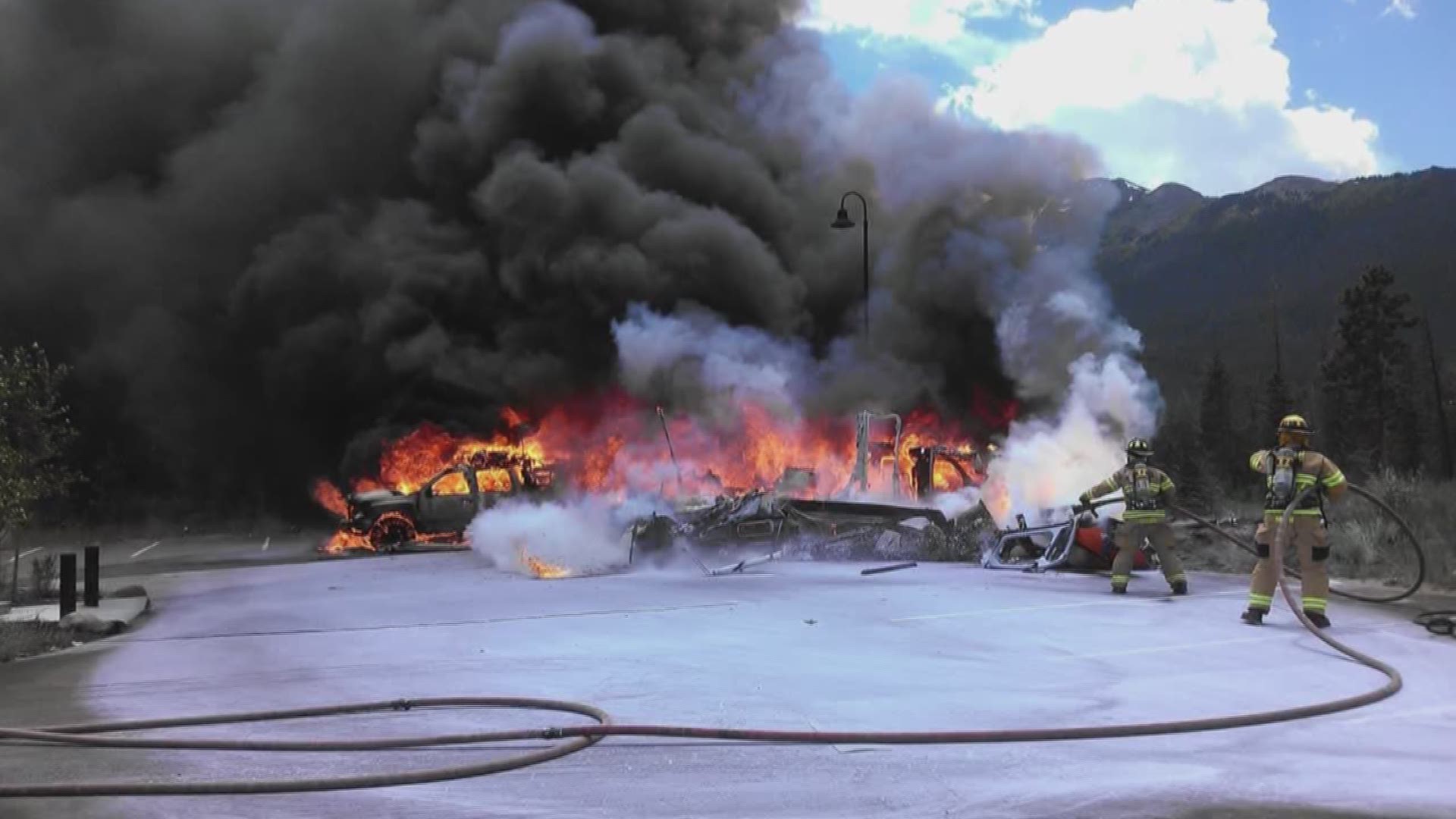 WASHINGTON D.C. –The widow of a Flight for Life pilot who died in a fiery chopper crash in Frisco is reacting to National Transportation Safety Board findings that helicopter design flaws contributed to her husband’s death.

9Wants to Know reporter Chris Vanderveen was the only Denver reporter at Tuesday’s hearing and interviewed Karen Mahany following the 3-hour long hearing.

Days after the death of her husband, Pat, Karen Mahany pledged to protect the legacy of a man who had logged more than 13,000 hours of flight time.

Twenty months later, Karen walked into the main hearing room of the National Transportation Safety Board not yet sure what a team of investigators might say.

Within flying circles, the NTSB has a reputation of placing a lot of blame on pilots. Before his death, Patrick Mahany had even gone as far as to tell his wife to be his voice if he ever perished in a crash.

"I'm speaking for him," she told 9Wants to Know reporter Chris Vanderveen.

Yet before Tuesday's hearing, there was no great way to tell what the NTSB was about to put into its final report on the July 3, 2015 Flight for Life helicopter crash in Frisco, Colorado that took Pat’s life.

Would investigators solely blame Patrick for the accident that left flight nurse Dave Repsher with burns on more than 90% of his body?

It probably helped that sitting in Karen's same row was Dave Repsher himself.

He and his wife Amanda wanted to make the journey to Washington D.C. not just to support Karen but to get more answers about what happened shortly after the helicopter took off from St. Anthony Summit Medical Center.

The flight only lasted 32 seconds.

Dave is slowly recovering, but his wounds will require a lifetime of healing.

His kidneys have failed. He undergoes dialysis, with Amanda's help, five days a week.

He is currently suing the helicopter's manufacturer and operator alleging, in part, the aircraft's design didn't do enough to protect him from what was, by all accounts, a survivable crash.

Karen Mahany has become good friends with the Repshers.

"Anytime I get to be around them is a good day," she said.

9Wants to Know has covered the 2015 crash extensively primarily because of the fire that immediately erupted upon impact. Click here to see previous coverage.

Witnesses say the helicopter dropped from a height of 100 feet. Pat Mahany was on board with flight nurses Repsher and Matt Bowe.

All three survived the initial impact.

As it turns out, the relatively new helicopter had an antiquated fuel system. That system needed only to pass regulatory standards when the model was first certified by the Federal Aviation Administration in 1977.

That’s why the fuel tank was mostly plastic, and ruptured during the crash.

And it was hardly an exception.

The NTSB believes 85% of the US helicopters manufactured since 1994 do not have fuel systems onboard that could meet the latest safety standards.

That means thousands of helicopters in use today remain vulnerable to the same problem that led to the fire in Frisco.

The problem lies in a loophole the FAA put into place in 1994 that allowed manufacturers to continue to build helicopters with less than robust fuel systems so long as the model's certification predated the rule.

While the Flight for Life helicopter was built in 2013, it needed only to meet the requirements in place when the AS-350 model was first certified during the first year of the Jimmy Carter presidency.

"There are higher standards for vehicles than there are for multimillion-dollar helicopters being produced today," said Karen Mahany.

Yet, at the beginning of Tuesday's hearing, NTSB investigators seemed much more interested in Pat's role in the crash than the role the helicopter's fuel system might have played.

It's been long thought that Patrick failed to turn a critical hydraulic switch back on shortly before takeoff.

It's why the helicopter started spinning immediately after it left the ground.

He had almost no control over the tail rotor.

Lost in the discussion, at times, has been the issue of a warning light that, inexplicably, had been left off the newest version of the AS-350. Previous models included a warning light alerting pilots to the critical hydraulic switch.

Citing a few crashes and mishaps, Airbus had warned operators of the problem months before the Frisco crash, and even went as far as to offer a voluntary retrofit for thousands of dollars.

Colorado-based Air Methods did not put in the retrofit prior to the crash however.

Patrick was well-versed in the problem, and even went as far as to warn other Flight for Life pilots.

Yet for some reason, when he took off on July 3, 2015, it appears as if the switch was still off.

NTSB investigators originally concluded that mistake, as well as Patrick's decision not to do a standard "hover check" right after takeoff, directly contributed to the crash.

Tuesday's report said as much.

Yet, halfway through Tuesday's hearing, it became clear NTSB board members weren't ready to fully accept the idea that only Mahany was to blame for the crash.

Robert Sumwalt said as much when he said, "This has to be more than pilot error. There has to be something deeper."

"I think if you design a system with traps, sooner or later you're going to ensnare somebody. Unfortunately, the pilot and those two flight nurses were caught in that trap," added Sumwalt.

He then directed staff to change the order of the probable cause statement to reflect his sentiment.

Instead of focusing on Mahany's role as the pilot, he reworded the statement to put the focus on the manufacturer.

Patrick Mahany could have done things differently that day, but the helicopter's design played a role as well.

"Patrick's helicopter had on it safety equipment that predated 1977. It was a brand-new helicopter," concluded Karen Mahany. "That's not right."

She and the Repshers then left the hearing.

All three smiled. At least a little.