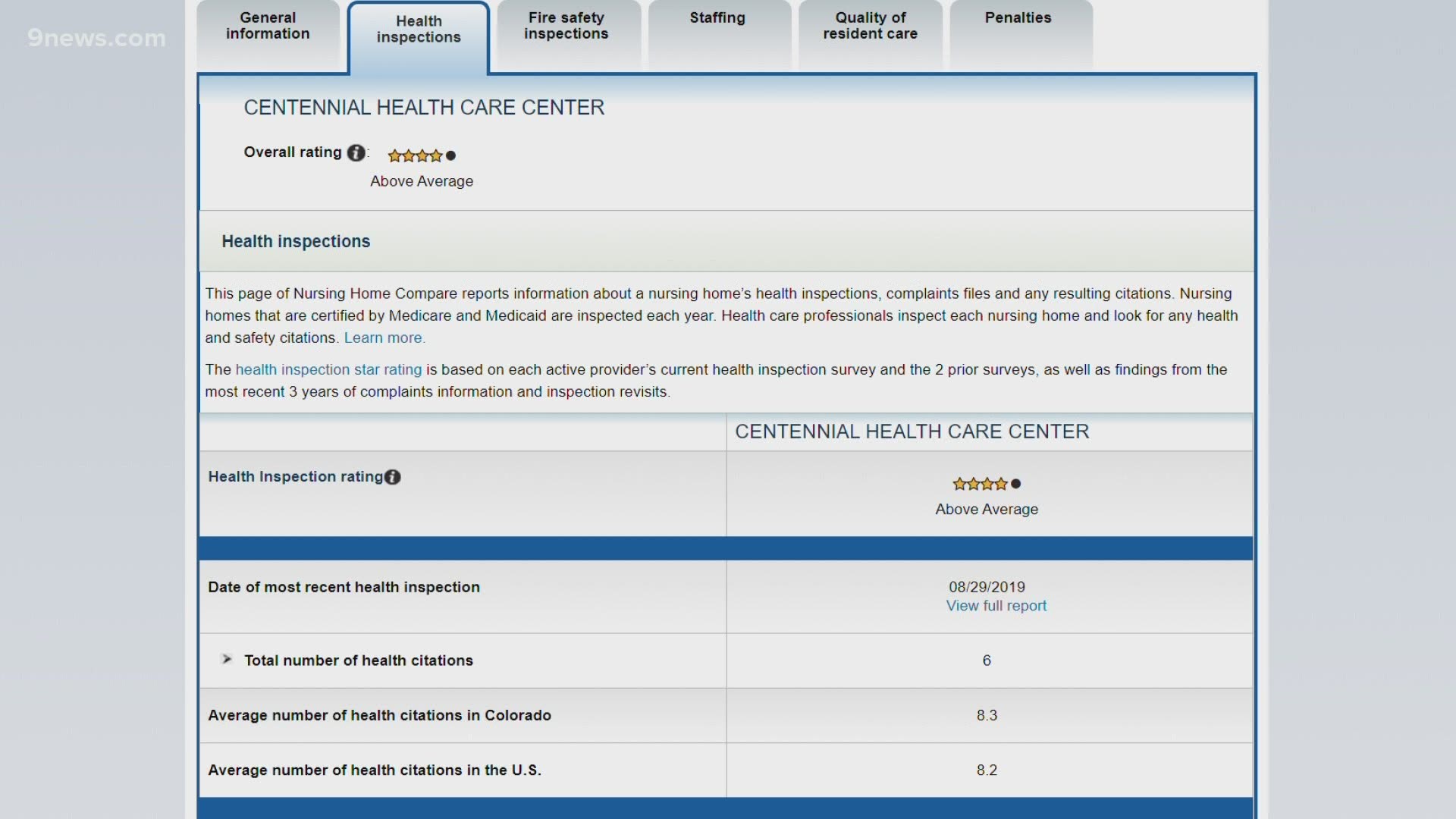 A nursing home where at least 14 people diagnosed with COVID-19 have died was disciplined in February by a state health inspector, a 9Wants to Know examination of records has found.

Just as coronavirus was becoming big news, a Colorado Department of Public Health and Environment citation obtained by 9Wants to Know showed that Centennial Healthcare Center in Greeley was disciplined for improper hand-washing while providing wound care for two residents.

“The facility failed to ensure infection control practices were established and maintained to provide a safe, sanitary and comfortable environment to help prevent the development and transmission of communicable diseases and infections,” the citation said.

Annaliese Impink, spokesperson for Centennial Healthcare Center, told 9NEWS the problem was not related to COVID-19 and happened before the outbreak at the facility.

RELATED: 14 residents have died in a COVID-19 outbreak at a Greeley nursing home

Crystal Martinez has worked at Centennial since 2018 and is on medical leave. She said she was not shocked by the state’s citation.

“Does that surprise me? No,” Martinez said. “Do I think it's gross -- yes I do. There are some nurses there that do open wound care without gloves on.”

Impink also said in an email Friday that in addition to the 14 residents who have died and tested positive for COVID-19, 15 more residents have tested positive for the virus and are being treated. She added that the facility is waiting for post-mortem tests to reveal whether five additional deaths of residents might later be linked to the virus.

A review of state health department records by 9Wants to Know shows the facility has been cited by the state 58 times since 2015 for issues including infection prevention/control, quality of care, fire preparedness and ulcer treatment.

The February 2020 citation said a nurse did not change gloves often enough while caring for a resident’s heel injury. The facility pledged to further educate staff on best practices for preventing the spread of diseases and that caregivers would be observed once a week for three months to make sure everyone is following the rules. A compliance check has not been published to see whether issues are continuing to occur.

According to the Medicare Nursing Home Compare, the facility is listed as “above average” when compared with its peers, with a rating of four out of five stars.

As of April 5, CDPHE said there had been at least 47 deaths and 172 illnesses connected to COVID-19 in Colorado residential and non-hospital health-care facilities across the state. More recent figures were unavailable. There were 59 outbreaks at these types of residences as of Friday afternoon. The agency could not give out a comprehensive list of cases per facility.

Centennial Healthcare Center also released a statement on Thursday reacting to the deaths of their residents.

Read the citation and facility plan of correction below.