Affidavit: Man showed undercover agent footage of gun store burglary, bragged 'this is me and my crew'

Four men face federal charges alleging they were involved in the sale of guns stolen from Arvada business. 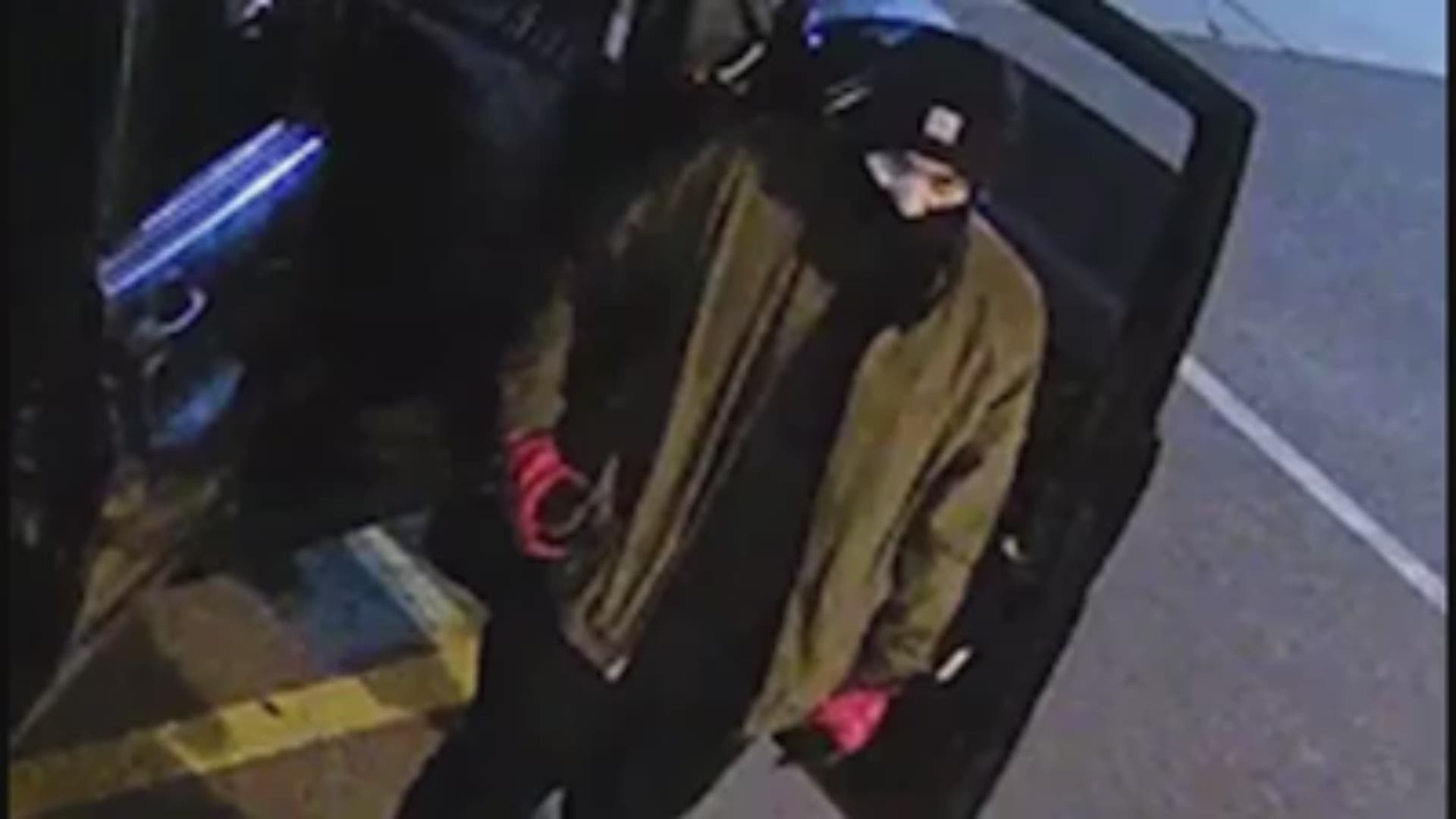 ARVADA, Colo. — A man suspected in a middle-of-the-night burglary at an Arvada gun store played televised security footage of the break-in for an undercover federal agent, bragging “this is me and my crew, bro … this is how we move,” according to an arrest affidavit obtained by 9Wants to Know.

“We hit dispensaries, gun stores – you name it,” the man, identified as Daniel Esquivel, allegedly said to the undercover agent from the Bureau of Alcohol, Tobacco, Firearms and Explosives while the surveillance footage played from a 9NEWS story, according to the affidavit.

Esquivel, who had already been involved in the sale of three guns to the undercover agent, was describing a burglary last month at Eagles Nest Armory, 12371 W. 64th Ave., according to court documents.

He and three others now face charges of conspiring to receive, possess, conceal, store, or sell a stolen firearm, according to court documents.

The burglary at the Arvada gun store occurred at 3:45 a.m. on April 28. Surveillance footage from the store captured four men trying to break in through the front door, then heading to the back of the business. There they were able to force in the rear door.

They grabbed 21 guns, according to the affidavit, and fled in a black Mitsubishi Endeavor SUV before police arrived.

On May 5, a confidential informant, who “was providing law enforcement with information in return for monetary considerations, and had previously worked with law enforcement in return for consideration in regard to potential weapons charges he/she was facing,” offered details about the gun shot burglary. The informant said that Norberto Valdez-Esquivel was trying to sell two stolen guns, according to the affidavit.

Eventually, according to the affidavit, a meeting was set up involving Valdez-Esquivel, the informant, and an undercover ATF agent. At that meeting May 16, the ATF agent bought two rifles and two handguns for a total of $4,200.

Three of the guns were stolen in the Eagles Nest Armory burglary, according to the affidavit.

Of the rifles, Valdez-Esquivel allegedly told the undercover agent the guns “did not have any ‘heads’ on them” but that the firearms were “hot,” according to the affidavit.

“In street terminology, this mean that although he firearms were stolen (‘hot’), they had not bee used to kill anyone (‘heads’),” an ATF investigator wrote in the affidavit.

It was in a follow-up meeting that Daniel Esquivel allegedly played the security footage of the gun store break-in.

Later, Esquivel allegedly introduced the undercover agent to Molinar, describing him as his “main guy.”

On Tuesday, federal agents executed search warrants at the Denver home where the gun sales were conducted. During a search of a vehicle parked there, they found three more of the guns stolen in the burglary at Eagles Nest Armory, according to the affidavit.

The document also said that Norberto Valdez-Esquivel allegedly said it was “easy money,” that he “shoulda never done it” but that he “had to pay rent.”