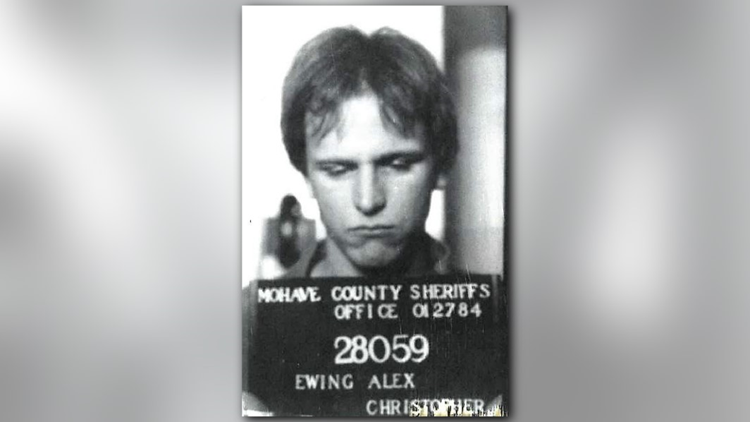 NEVADA, USA — An attorney for Alex Christopher Ewing, the Nevada inmate suspected in four 1984 hammer murders in the Denver area, lashed out at that state’s supreme court in his final brief filed as part of the ongoing effort to block his transfer to Colorado.

Although he had already asked for – and been granted – multiple delays, attorney Martin Wiener objected to an order last week by the Nevada Supreme Court that he file his final appeal paperwork by the end of the day Thursday.

In it, he called that order “unjustified and unjust” and asserted that the state’s highest court “apparently succumbed” to the Nevada Attorney General’s “false claims of urgency.” As a result, Ewing’s attorneys wrote, “the order greatly aided the government’s goal of overburdening Mr. Ewing and his counsel.”

“That order was filed on a Thursday,” Wiener wrote. “Counsel had planned for weeks to leave on the next morning, Friday, for a remote and very rustic mountain cabin owned by his wife’s family – with no internet, cell phone or motor vehicle access – to seal it for the winter and then return on Sunday night to Reno.”

Wiener said that his return was delayed by snow and that after he got back to Reno he had another urgent case and therefore could not begin work on his final brief until Tuesday.

The filing was originally due months ago.

DNA testing in mid-2018 pointed to Ewing, now 59, as a suspect in the Jan. 10, 1984, rape and murder of Patricia Louise Smith in Lakewood and the attacks six days later in Aurora that left Bruce and Debra Bennett and their daughter, Melissa, dead and another daughter, Vanessa, critically injured. That Ewing was a suspect was made public in a 9Wants to Know report on Aug. 7, 2018, and within days authorities confirmed the news and began working to extradite the man to Colorado.

Wiener immediately appealed, challenged Wilson’s conclusion that the inmate was not entitled to an appointed lawyer during the extradition hearing. In addition, Wiener suggested that the extradition documents were not “in order” – a requirement for them to be valid – because they suggest Ewing’s transfer to Colorado would be “temporary” although they also call for him to complete any sentence here before being returned to Nevada.

But Wiener successfully won multiple time extensions that slowed down the process:

It is not clear what the Nevada Supreme Court will do next – it can hold oral arguments, or it can rule on the briefs that have been filed.

Wiener, who began working with Ewing voluntarily, has also sought an order appointing him as the man’s attorney, something that would allow him to be paid for his work.