'He may kill me:' Missing woman feared her boyfriend

Almost a month after her family last heard from her, 36-year-old Charlene Voight is still missing. 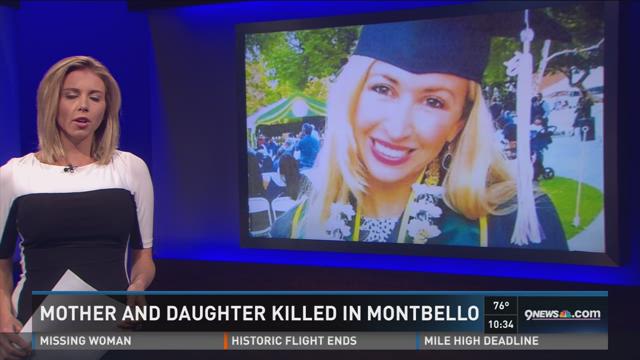 Almost a month after her family last heard from her, 36-year-old Charlene Voight is still missing.

Littleton Police found her car -- abandoned -- in a dirt lot earlier this month.

9Wants to Know has obtained court records from previous cases that show Voight feared for her life long before she ever went missing.

Littleton Police have not named her boyfriend Jeffrey Beier in her disappearance, but California court records detail a turbulent relationship.

Before that, in 2012, Voight asked a Calfornia court for a restraining order against Beier. She claimed in January 2012, he "grabbed, slapped, choked and dragged her around the house."

According to documents filed with the Orange County Superior Court, Voight wrote "I thought I was going to die" -- a fear she reiterated numerous times throughout her request.

Voight told the court "I am scared for my life," and "he may kill me next time he gets drunk."

Emails show Beier begged for her love and forgiveness. At one point, Beier emailed her 10 times in fewer than 24 hours.
Voight

admitted she responded once, but her near silence seemed to have triggered his anger.

Court records show Beier wrote in an email that she was an "'evil person" and "you are not going to get away with thia [sic] Charlene."

But as recently as Easter of this year, the couple looked happy and content on Facebook -- until Voight's family lost touch with her on June 29.

Andy and Robin Palmer live just steps away from the apartment Littleton police combed for days while investigating her disappearance.

"Carpeting, flooring, wood planks, they hauled the washer and dryer down," the Palmers said.

Both said they saw Voight and Beier only a few times.

"I was in the office when they came in and signed the lease," Andy said.

"She seemed like she was kind of happy but he just seemed like he was, he just didn't really seem like excited about it, it just, ya know, struck me kind of odd," Andy said.

Andy and Robin said they worry about Beier making bond, and coming back to the neighborhood. They added that they're considering leaving the area.