Colorado Governor John Hickenlooper signed a prison transparency bill Monday - in secret - against the wishes of some bipartisan sponsors and crime victims, who have fought for the issue and wanted a public signing. 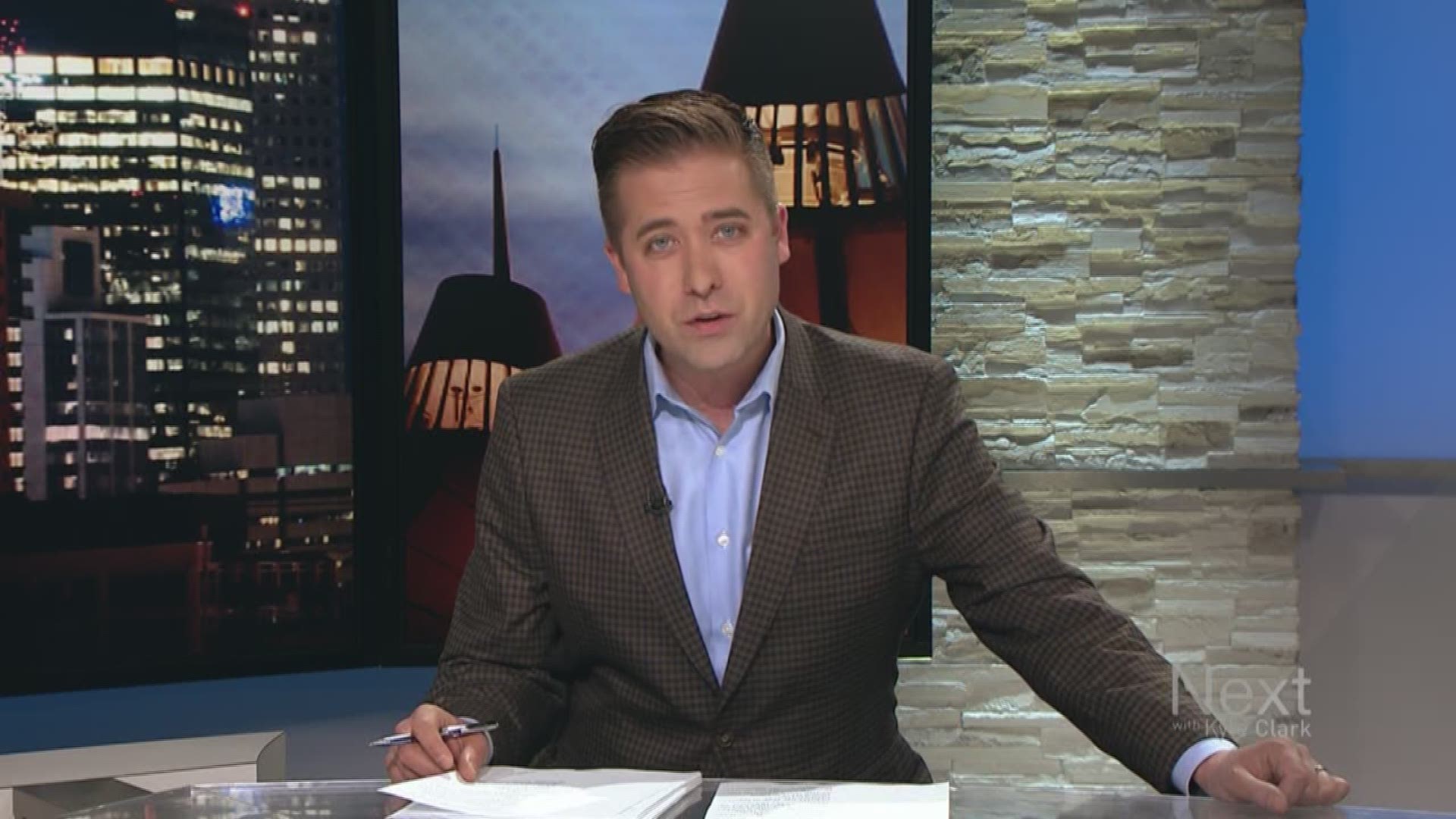 DENVER — Governor John Hickenlooper signed a bill into law Monday that will end Colorado’s practice of secretly transferring some prisoners out of state and denying victims information about where going. The Governor signed the bill behind closed doors, despite lawmakers’ request to have a public bill signing, so that victims could attend and celebrate a policy change they helped usher in.

The governor’s office also didn’t inform the four bill sponsors, who found out about the signing from 9Wants to Know phone calls.

“It’s unfortunate the bill was signed into law without the victims in attendance,” said Sen. Rhonda Fields, D-Aurora, one of the bill’s co-sponsors. “This bill was motivated by their right to be informed. Here we are again, with victims being kept in the dark, and the governor signs it without notifying them or the bill sponsors.”

Don’t get distracted: @GovofCO signed SB18-14 into law today. This is a significant path forward for crime victims. Senate SB 14 will ensure Victims Rights to know where their perpetrators are housed. Let’s celebrate this accomplishment for those harmed by crime. #Coleg https://t.co/wmj8qdDd2k

Victims have expressed the desire to know where their perpetrators are serving time. Most inmates incarcerated in the Colorado Department of Corrections are easily found on-line. Over the nearly two years that 9Wants to Know has been covering this issue, numerous victims publicly spoke about the pain of not knowing where the killers of their children were serving time and called on the governor to change a decade-long practice.

"It would have been nice if we were there, if he made a big deal about it, if we would’ve gotten pens like they get at bill signings," said Christine Ridgeway, grandmother of Jessica Ridgeway, who was murdered in 2012.

Ridgeway was an outspoken critic of the DOC secrecy policy. The location of her granddaughter’s killer was hidden for years, until recently.

"But more importantly he signed it and no other family has to have that fight," she said

“We made it very clear we wanted a public signing,” said Rep. Cole Wist, R-Centennial, one of the bill’s sponsors. “We wanted victims to be there. We notified victims we would let them know when that would be, so they could be present. I just think it’s very disrespectful to these victims. They waited for years for this information, we finally reached an agreement. The governor’s office and DOC couldn’t treat them with the respect they deserved at this last stage. The victims deserve better.”

Pleased the Governor signed SB 18-14 to end the secret transfer of prisoners out of state. However, I am profoundly disappointed the signing happened IN SECRET without notifying bill sponsors. We had hoped to share this day with crime victims. Sad and wrong. #coleg #copolitics

Senate Bill 14 received overwhelming bi-partisan support in the House and the Senate.

It aims to reduce the secrecy surrounding out of state prison transfers, where Colorado sends “worst-of-the-worst” inmates out of state, but doesn’t tell victims where they go.

“We receive hundreds of requests for public bill signings every session and regret we cannot accommodate each one,” said Jacque Montgomery, a spokeswoman for Gov. Hickenlooper. “We are pleased that Senate Bill 014 is now law. This bill is the result of collaboration between the sponsors, the administration, and stakeholders, and strikes the right balance to ensure victims remain informed while also protecting the safety of our personnel.”

Both Rep. Leslie Herod, D-Denver and Sen. John Cooke R-Greeley, co-sponsors of the bill, expressed their disappointment with the way the bill signing was done.

Democratic Rep Leslie Herod: "I am very disappointed that the governor signed this bill into law without the victims and advocates present... It’s a shame they were denied the opportunity to witness their work and advocacy become law." #copolitics #9NEWS #coleg

“It’s a shame they (victims) were denied the opportunity to witness their work and advocacy become law,” she said.

“The Governor was opposed to the bill originally and changed his position in recent months,” said Cooke. “He looked embarrassed throughout the process because there was really no justification for having this practice that required us to change the law.”

RELATED | Colorado is hiding inmates; victims want to know where they are

RELATED | Change could be coming to Colorado's 'secret prison' system

DOC told the House Judiciary Committee earlier this month, that victims of more than 40 offenders have been told where they were being housed, victims who previously may not have known where they were.