The vehicle the suspect was driving had been reported stolen the day before the fatal crash at Colfax Avenue and Colorado Boulevard. 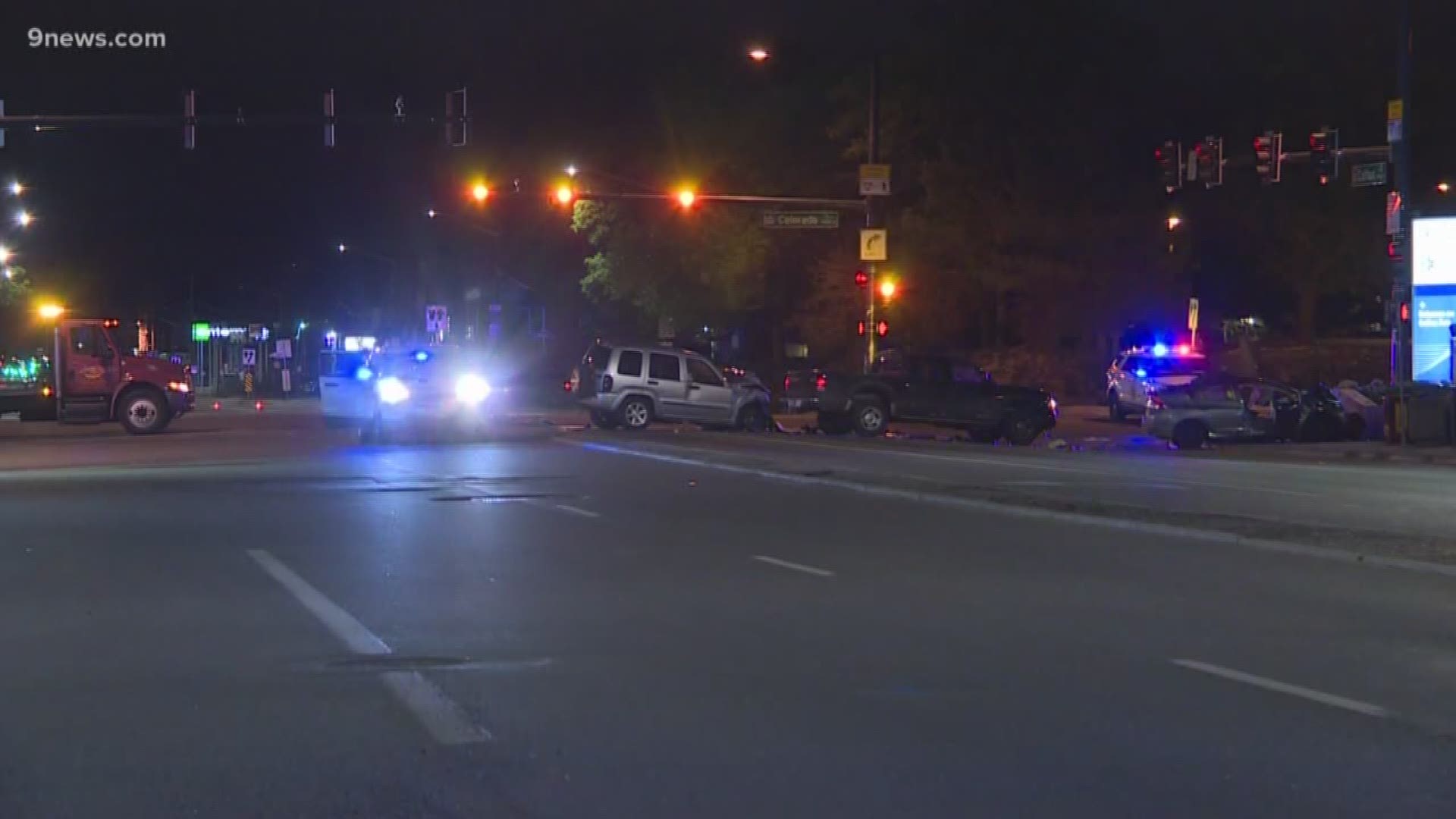 DENVER — The Denver Police Department (DPD) has announced an arrest in relation to a fatal hit-and-run crash at a busy intersection last weekend.

The Jeep failed to stop at the red light, and struck a silver Honda Insight traveling southbound on Colorado Boulevard. The Honda then crashed into a Dodge Dakota that was stopped at the red light, the statement says.

The driver of the Honda was taken to Denver Health where he died a short time later. A passenger in his vehicle was taken to the hospital to be treated for serious head trauma. That passenger is still at the hospital in critical condition, and is suffering from massive brain trauma, the statement says.

Witnesses told police that the driver of the suspect vehicle, later identified as 36-year-old Jeffrey Dean Sloan, fled the scene without offering aid or contacting police, the statement says. Another witness told police she saw a man walking with a limp from the scene, according to the statement.

Video captured at the scene indicated that the jeep was traveling at about 80 miles per hour just prior to the collision, the statement says.

A short time after the wreck, a search warrant was issued for the suspect vehicle. While executing the warrant, police located a leather jacket with a wallet that contained a Colorado ID for Sloan. It was later learned, according to the statement, that the vehicle Sloan was allegedly driving had been reported stolen the day before the wreck.

According to the statement, the suspect vehicle sustained major front end damage during the collision, including to the windshield, roof, and dashboard.

Sloan was arrested on June 10 on unrelated warrants, police said. He’s being held for investigation of vehicular homicide and leaving the scene of an accident involving death.