Douglas County Sheriff’s Office is asking for the public’s help in locating the driver involved in the hit-and-run crash on July 4. 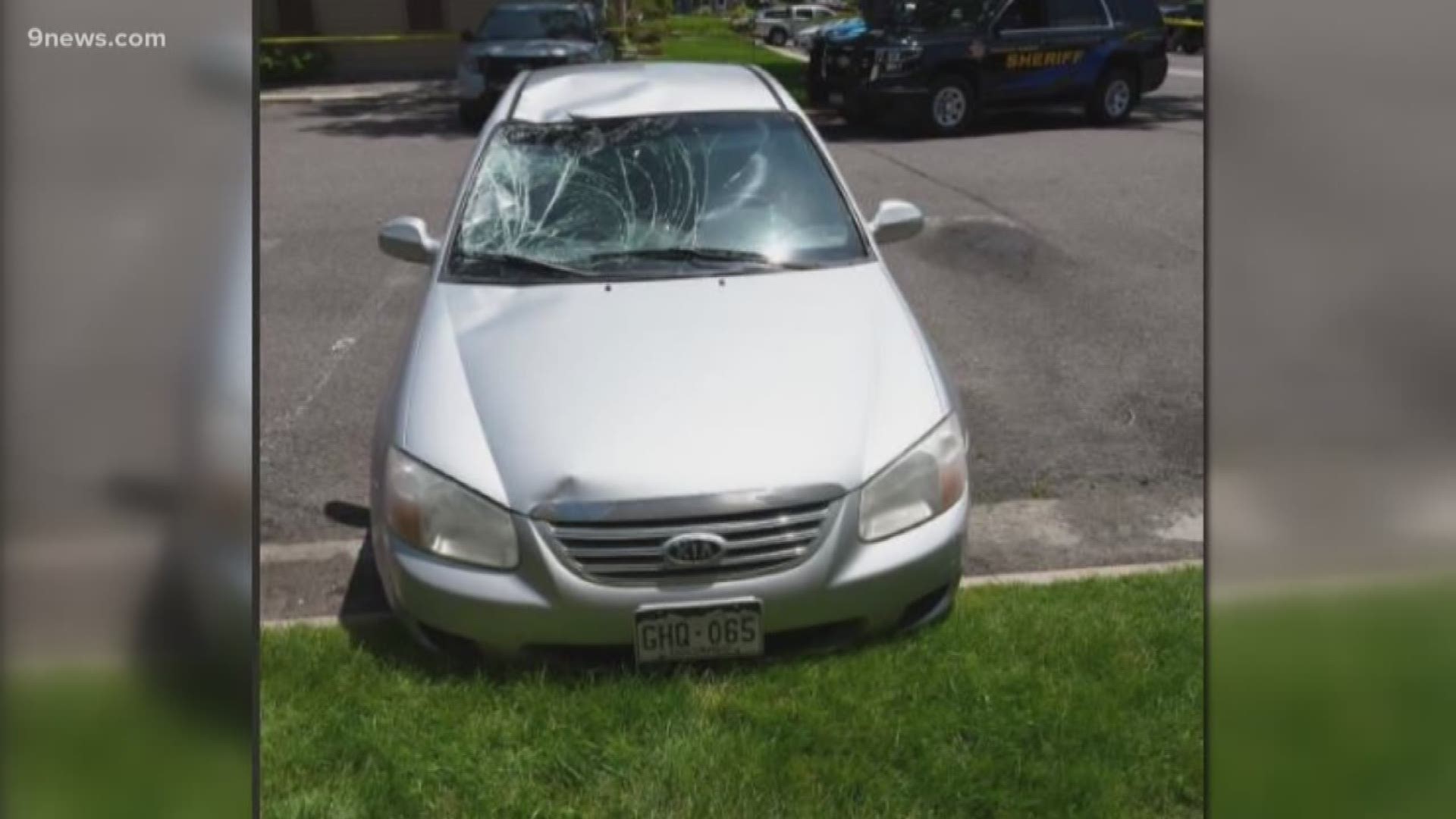 DOUGLAS COUNTY, Colo. — The Douglas County Sheriff’s Office is asking for the public’s help in locating a driver involved in a hit-and-run crash with a bicyclist on Thursday morning.

The collision happened in Parker shortly before 6:30 a.m. July 4 near the intersection of Lincoln Avenue and Pine Drive.

The bicyclist, Edward “Chuck” Vogel, 64, from Parker. was taken to the hospital with serious injuries and later died. The Sheriff's Office said the driver of the vehicle involved fled the scene.

The official cause and manner of his death is pending further investigation and will be determined by the coroner, the Sheriff's Office said in a release.

The Sheriff's Office released a photo of a vehicle that was in the area during the crash.

The Sheriff's Office is reviewing surveillance video of the area in hopes of gathering more information surrounding the incident.