'We're now in the fraud business': More scam unemployment claims have been filed in Colorado than legit ones

CDLE said more than $6 million has been paid out to scammers, but it has been able to halt more than $91 million in fraudulent payments since the beginning of 2020. 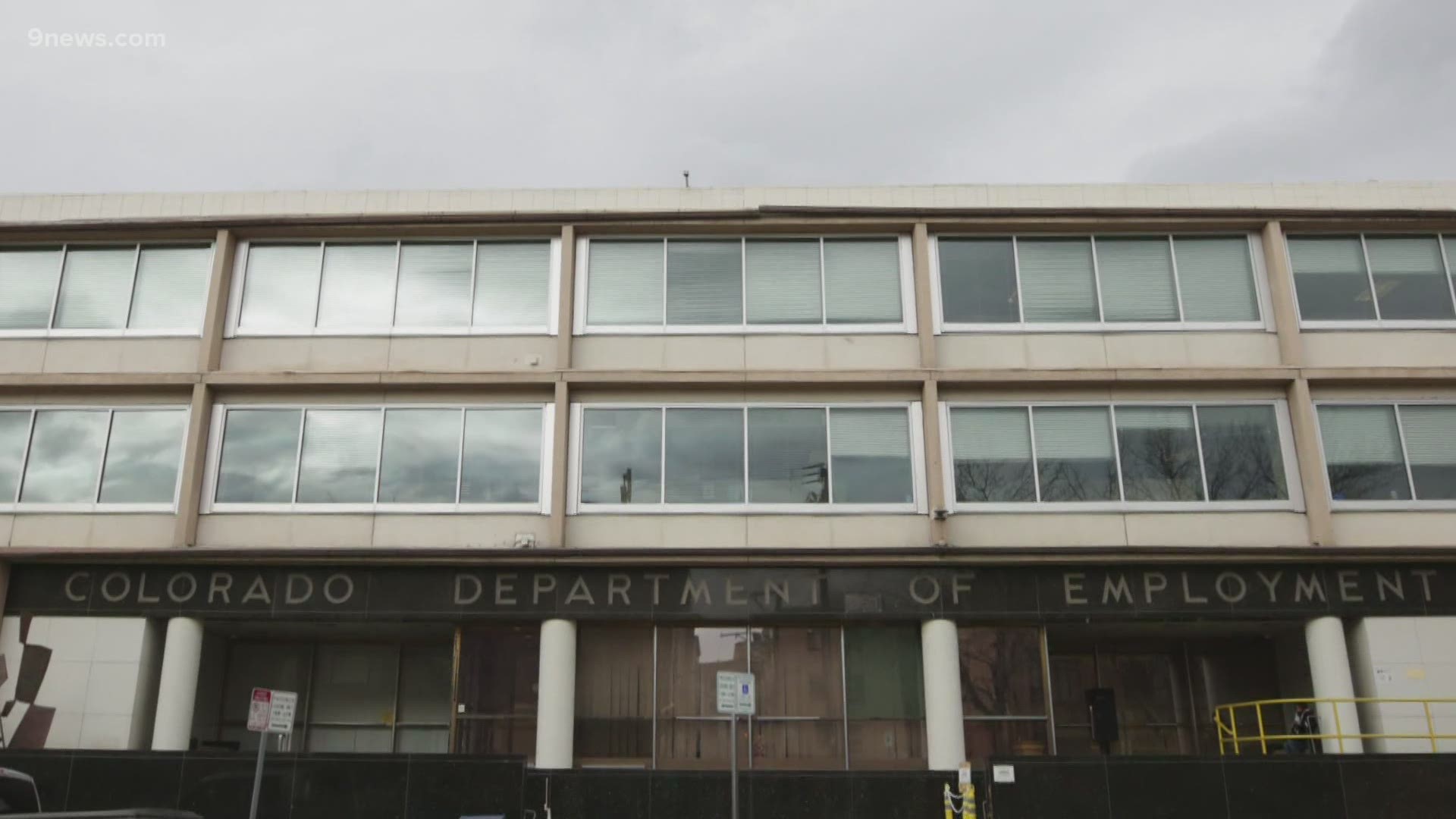 DENVER — Colorado’s Department of Labor and Employment (CDLE) has found itself in a constant battle against scam artists and identity thieves as it tries to get pandemic assistance to real people who actually need help.

“We’re now in the fraud business, and a year ago, we were not,” said CDLE Executive Director Joseph Barela. “We have to walk a tightrope from the demand and mission to get out these benefits quickly as possible to people who are experiencing financial hardship.”

So many scam artists have connected to the state’s labor system, they’ve managed to file more fraudulent claims compared to legit claims filed by Coloradans, 9Wants to Know has found.

RELATED: $260 million in unemployment benefits paid this week as people in phase 2 continue to wait on the extension of federal benefits

But, thanks to 50 automatic triggers that flag and halt a potentially fraudulent claim, the state said it has only paid out $6,562,264 to scammers over the last year.

“When you look at $7 billion paid out to actual claimants, just under a million in 10 months, it’s not a high percentage,” Barela said. “It’s not a lot of money. We’re still concerned about it, so we are doing everything we can to prevent it from going out the door.”

Nationally, a government estimate put pandemic unemployment assistance fraud at a $36 billion expense to taxpayers. In California, it’s been reported the state paid out $11 billion to fraudsters.

The fraudulent claims have prompted people to get unexpected employment benefit debit cards in the mail while others have told 9NEWS they learned their name was used to file for assistance.

Darrell Vigil of Denver said he was notified by a manager at work someone stole his identity and filed an unemployment claim.

“My heart just kind of dropped,” Vigil said, adding he put a freeze on his credit. “I still really have no idea if someone got money in my name or used my home address or another address.”

Over the last year, several 9NEWS viewers have reported receiving unemployment debit cards out of the blue, often in someone else’s name.

"I don't know them. I don't know how my address suddenly got connected with these other cards, and I don't know if that's why my account is on hold?" Robert James told 9NEWS last August.

The department said a debit card is automatically sent in the mail when a claim is filed, but that funds will never be loaded on to the account until the system recognizes the claim is legitimate.

In Indianapolis, an investigative reporter for WTHR found his identity was stolen several times by unemployment scammers. Bob Segall found someone used his identity to file a claim in Colorado.

Meanwhile, Coloradans who desperately need a few hundred dollars say they’ve been unable to get assistance because their unemployment accounts have been locked thanks to identity thieves.

“The amount I’m getting is small, but regardless, I need it to sustain my livelihood,” Lori Hoffner of Jefferson County told 9NEWS. “I just want to be able to talk to somebody who can help me, who can explain the situation.”

Barela acknowledged the agency’s phone lines are flooded with callers, but said people seeking to remove potential fraud flags on their accounts should be able to verify their identity online through a new system called ID.me.

Once verification happens online, Barela said the system should remove the fraudulent hold.

“We know our call centers are bombarded,” Barela said. "They don’t need to call into the call center to have that done. I would encourage your viewers to go online to coloradoui.gov and use that technology to handle the fraud hold.”

The online verification system, ID.me, went live in January and is expected to improve, Barela said.

Barela also said the agency has hired more operators at its call center and has hired six more investigators to look into fraud.

Eventually, Barela said, his agency will focus on prosecuting the scammers with a partnership with the Colorado Attorney General’s Office.

“....we are in discussions with the Department of Labor and Employment, as well as state and federal law enforcement partners, on an effective approach to hold accountable those scam artists who have cheated the unemployment insurance system,” a spokesperson for the Colorado Attorney General’s Office wrote over email.

“We’re doing a really good job of stopping fraud from going out the door, we just don’t have the capacity or the bandwidth to put the resources needed to investigate,” Barela said.

What to do if you suspect fraud

If you received unexpected debit cards, tax forms indicating you received a claim or have been notified a claim has been filed in your name, you can file a report with the state online.

A special fraud section on the state’s labor website has been set up here. https://cdle.colorado.gov/fraud-prevention.

The state urges people to check their credit report and subscribe to a credit monitoring program if they believe their identity was stolen.

9Wants to Know will continue looking into unemployment fraud. If you have a story you’d like to share, email us at unemployment@9news.com or fill out the form below.