Court documents say Jeffrey Sabol, 51, claimed he was a "patriot warrior" fighting tyranny at the Capitol. 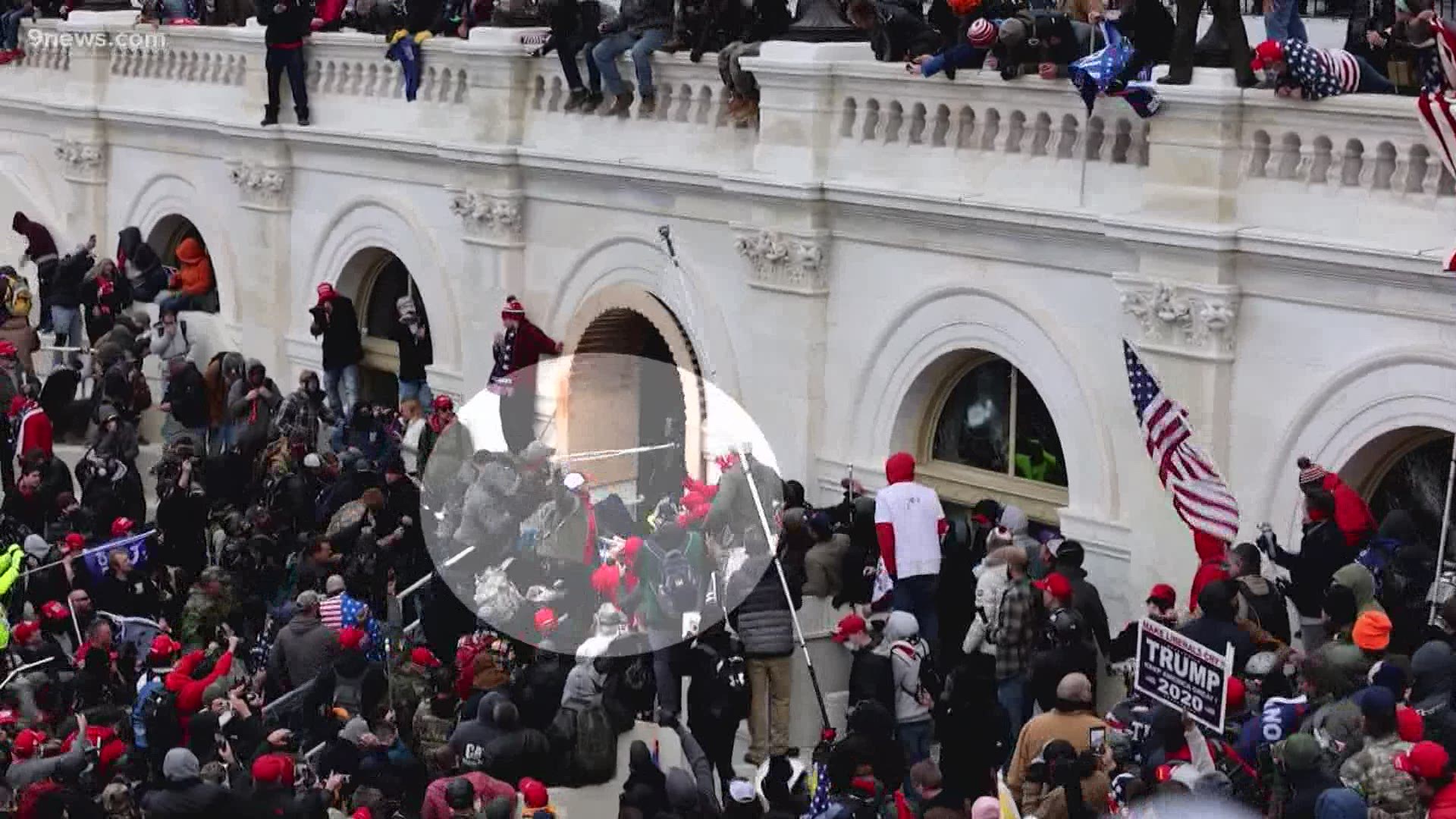 DENVER, Colorado — A federal grand jury returned a nine-count indictment against 51-year-old Jeffrey Sabol who is accused of assaulting a Capitol police officer during the riot on Jan. 6.

The geophysicist, who lives in Jefferson County, was charged with the following counts:

The indictment was filed on Jan. 29, but unsealed Wednesday.

>> The video above is from a previous report on Sabol.

Sabol is facing allegations he assaulted a Capitol Police officer during the riot on Jan. 6. Videos captured Sabol dragging the officer down stairs and then holding a baton over his body.

Prosecutors said in court Sabol attempted to flee to Switzerland, but tried to take his own life before he made it to the airport. In his vehicle, police said they found an airline e-ticket, the tan Carhartt jacket and green backpack Sabol was seen wearing at the Capitol.

When police encountered Sabol in his vehicle, he told them, “I am tired, I am done fighting,” and that, “My wounds are self-inflicted.” He added he was “fighting tyranny in the DC Capital [sic]," and "I am wanted by the FBI.”

Documents say investigators interviewed Sabol at a hospital a day after he was found.

When asked about his assault on a police officer, Sabol admitted the images of him holding a baton over the officer look bad, but that he was “patting him on the back” and saying “we got you man," according to the court documents. He claimed in the documents he was protecting the officer.

He also told investigators “he could not recall if he hit the police officer with the baton because he was in a fit of rage and the details are cloudy,” according to court documents.

At one point during the riot, Sabol told investigators a “call to battle was announced” and that he “answered the call because he was a patriot warrior.”

Sabol is among five Colorado men who have been identified in criminal cases stemming from the Capitol riot.