DNA in doubt: A closer look at the JonBenét Ramsey case

The DNA evidence in the JonBenet Ramsey case doesn't support a pivotal and controversial development in Colorado's most vexing unsolved murder — a former Boulder prosecutor's decision to clear the girl's family from all suspicion in her death, a joint 9NEWS/Boulder Daily Camera investigation has found. 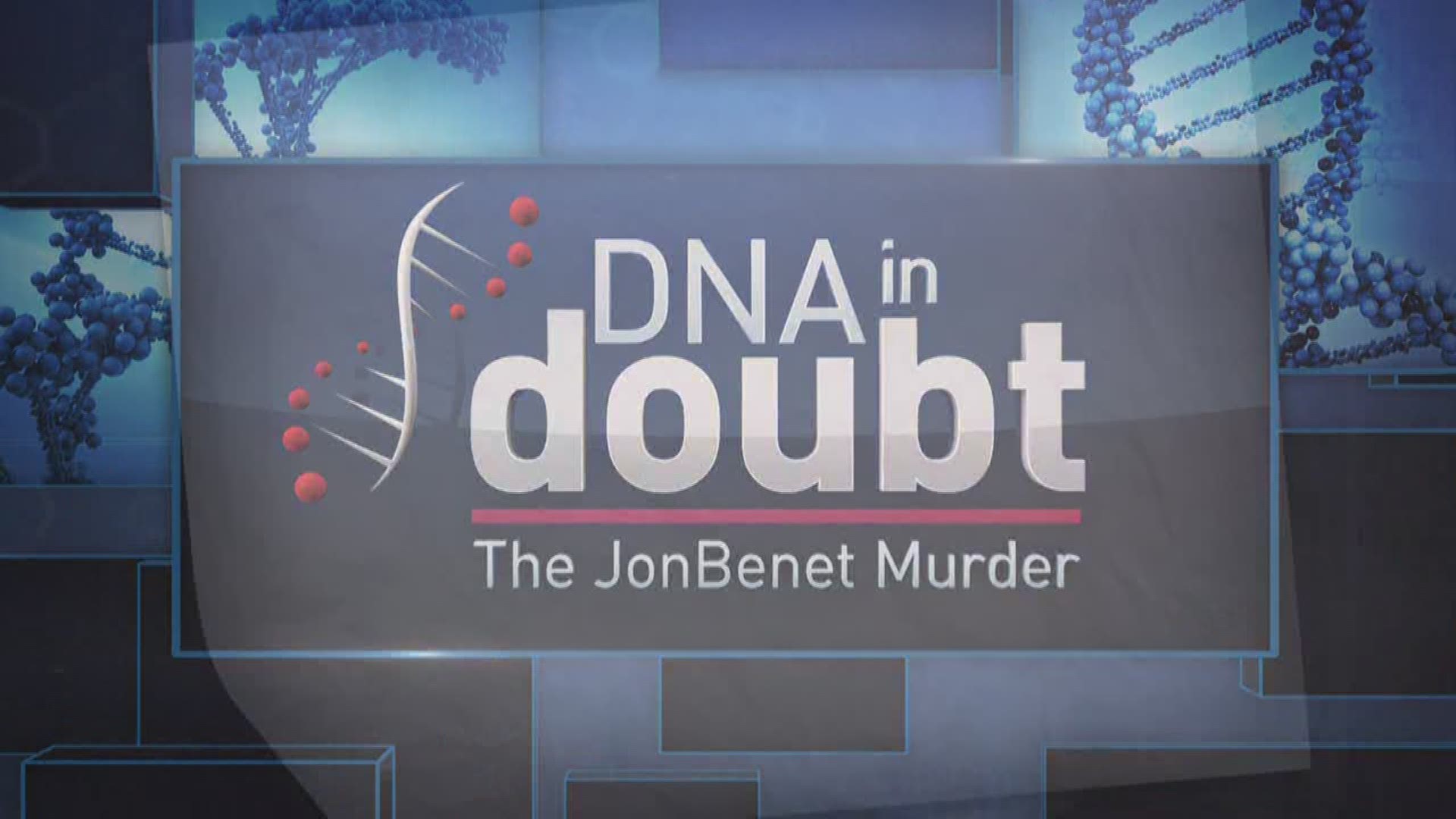 The DNA evidence in the JonBenet Ramsey case doesn’t support a pivotal and controversial development in Colorado’s most vexing unsolved murder — a former Boulder prosecutor’s decision to clear the girl’s family from all suspicion in her death, a joint 9NEWS/Boulder Daily Camera investigation has found.

Forensic experts who examined the results of DNA tests obtained exclusively by the two news organizations disputed former District Attorney Mary Lacy’s conclusion that a DNA profile found in one place on JonBenet’s underpants and two locations on her long johns was necessarily the killer’s — which Lacy had asserted in clearing JonBenet’s family of suspicion.

RELATED: Decoding the DNA reports in the JonBenet Ramsey case

In fact, those experts said the evidence showed that the DNA samples recovered from the long johns came from at least two people in addition to JonBenet — something Lacy’s office was told, according to documents obtained by 9NEWS and the Camera, but that she made no mention of in clearing the Ramseys.

The presence of a third person’s genetic markers has never before been publicly revealed.

Additionally, the independent experts raised the possibility that the original DNA sample recovered from

JonBenet’s underwear — long used to identify or exclude potential suspects — could be a composite and not that of a single individual.

“It’s a rather obvious point, but I mean, if you’re looking for someone that doesn’t exist, because actually it’s several people, it’s a problem,” said Troy Eid, a former U.S. Attorney for Colorado.

The documents obtained by the Camera and 9NEWS included results from the actual DNA testing process on the long johns and summary reports sent to Lacy’s office in the months leading up her July 9, 2008, letter exonerating the Ramseys.

The experts who examined the laboratory results at the request of 9NEWS and the Camera reached similar conclusions on multiple points:

• Two of the three samples that led Lacy to declare publicly that no one in the Ramsey family could be responsible for the murder actually appear to include genetic material from at least three people: JonBenet, the person whose DNA profile originally was located in JonBenet’s underwear during testing in the late 1990s and early 2000s, plus at least one additional as-yet-unidentified person or persons. Consequently, its meaning is far from clear.

• The DNA profile referred to as Unknown Male 1 — first identified during testing on the panties — may not be the DNA of a single person at all, but, rather, a composite of genetic material from multiple individuals. As a result, it may be worthless as evidence.

• The presence of that DNA on JonBenet’s underwear and long johns, be it from one or multiple people, may very well be innocent; the profiles were developed from minute samples that could have been the result of inconsequential contact with other people, or transferred from another piece of clothing. If true, it would contradict the assertions that DNA will be key to finding JonBenet’s killer.

This represents the first time independent experts have reviewed the DNA evidence on which Lacy based her widely questioned exoneration of the family.

And the findings could cut both ways.

“It’s certainly possible that an intruder was responsible for the murder, but I don’t think that the DNA evidence proves it,” said William C. Thompson, a professor in the Department of Criminology, Law and Society at the University of California-Irvine and an internationally respected authority on DNA evidence and its applications in the criminal justice system.

Similarly, the findings don’t implicate or exonerate anyone in the family.

Ramsey lawyer Lin Wood, who has not reviewed the documents or the work of the experts consulted by 9NEWS and the Camera, said, however, “I have absolute and total confidence in the integrity of former District Attorney Mary Lacy, and I am also aware of internet comments by former Boulder police Chief Mark Beckner where he, within the last several months, affirmed that the Ramsey case was a DNA case.

“So I know what Chief Beckner has said publicly in recent months, I know what ... former District Attorney Mary Lacy has said, and until someone impugns her integrity, or contradicts former Chief Becker’s statement, I continue to believe, as I have said before, that this is a DNA case and that the best chance for solving the case will be a hit and match on the DNA in the future. I hope that day comes.”

To continue reading, go to the Boulder Daily Camera: http://bit.ly/2eVMXgc