'It feels like a parasite in my body': How a routine knee replacement could cause big complications

Even though metal allergies only impact a small percentage of people, it means thousands of knee replacements each year could have adverse effects. 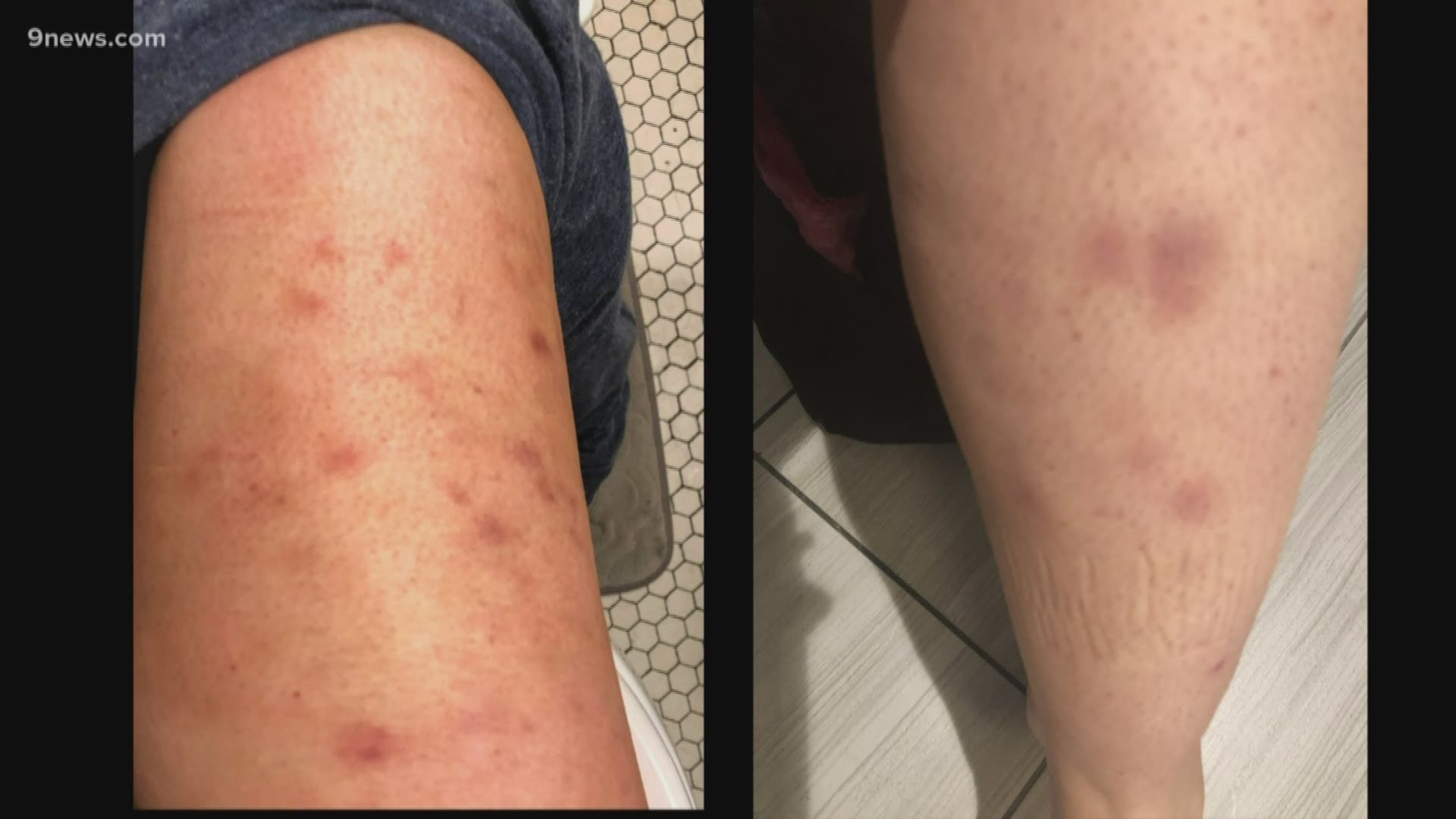 DENVER — The bruises started covering Elise Barber’s legs the morning after her first big hike on her new knees. She said it was terrifying, and she knew something was wrong.

Then came the daily bouts of pain that seldom abated.

“I had no idea my pain could be this bad,” Barber said.

Multiple doctors theorized all sorts of things. An infection. Faulty equipment. Eventually, it was Barber who came to a different conclusion.

“The only thing that changed was the metal inside my body,” she said.

More than a year-and-a-half after a surgeon placed a pair of partial knee replacements in her legs, Barber wants doctors who perform hundreds of thousands of replacements to acknowledge that, while instances remain quite rare, certain patients can suffer greatly due to metal allergies.

RELATED: Families picking cost-sharing companies to save on health care

Metal allergies are rare, but thousands of people remain vulnerable

Millions of Americans walk, bike, run and generally enjoy their lives these days thanks to advancements in knee and hip replacements.

They continue to be a wildly popular option for young and old patients alike.

In recent years, the total number of knee replacements has gone well past 600,000 annually in the U.S., according to the American Academy of Orthopedic Surgeons. By 2025, a study in the Journal of Rheumatology concluded the U.S. could see at least 1.2 million knee replacements annually.

Titanium or cobalt-chromium are the most common metals used during the surgeries, according to the American Association of Hip and Knee Surgeons.

“That seems to be enough to cause a problem if you’re nickel allergic,” she said.

That presents a problem for many people.

Upwards of 20% of women are allergic to nickel in the United States. The rate of nickel allergies in men is significantly less, according to Dr. Pacheco.

Women, she said, tend to have more vulnerability because of jewelry – specifically earrings. Not that all who are allergic, however, will automatically reject a metal implant.

A simple patch test, for example, may indicate a sensitivity to nickel for a patient, but she said that same patient could do just fine with a metal implant.

Her research suggests upwards of 3% of patients may show enough metal sensitivity to render an implant harmful. While that’s small in terms of percentages, the volume of knee and hip replacement surgeries means tens of thousands of people are vulnerable every year.

Not that Barber knew any of that prior to her 2018 surgery.

At the age of 32, surgeons convinced Barber she needed to undergo bilateral partial knee replacement surgery.

“Shortly after college, I started having issues with my knees dislocating,” Barber said.

Time only made the problem worse.

“So, when I went to a surgeon, they immediately said I needed to have surgery,” she said. “This would continue to happen.”

By late summer, Elise and her husband Ryan set out on a hike to test out the knees. It went extremely well, at least at first. She went to bed thinking she was going to be ok.

“But then I woke up… I looked down at my legs and thought, ‘Oh my goodness. This is terrifying,” she said.

The bruises were everywhere.  Eventually, they faded.

“It was about three-and-a-half weeks since the first incident, and another cropping of bruises showed up,” she said.

“I had an allergy to nickel,” she said.

She’s since tested positive to allergies to even more metals -- further limiting her options. In the meantime, her body’s reaction to her knee replacements continues to wear on her physically and mentally.

“I am in a pretty significant level of pain every day, but there are certain days that just getting out of bed is so painful that I have to get in a hot bath to try to calm down some of the pain,” Barber said.

She called the metal in her knees a “parasite” that feels like it’s attacking her body from the inside.

A revision seems to be her last and, perhaps, final option … but even that’s far from ideal.

“I’m a planner,” Barber said. “I want to make plans for the rest of my life with this person I love so much, but the future is very uncertain.”

Last fall, the Food and Drug Administration admitted there remains a lot the medical community doesn’t know about devices that are put in peoples’ bodies to the tune of hundreds of thousands every year.

“One of our fundamental challenges is that the mechanisms underlying the biological responses to metal implants are not fully understood,” read a September 2019 FDA report.

“Gaps exist in both our knowledge base and the available tools that are necessary to understand and assess biological responses to metal implants in clinical and regulatory contexts,” the FDA added.

“You could almost consider this a public health problem because we do so many [replacements],” Pacheco said.

She said, at a minimum, surgeons should start routinely asking patients a series of simple questions before undergoing a knee or hip replacement.

Here are her questions:

She cautioned that not all patients who undergo replacement surgery need to be tested beforehand, but if a patient answers yes to any of the above questions, “testing for allergies to metals, bone cement, or antibiotics may help select implant components and possibly avoid future joint failure,” she said.

She also urged surgeons to consider metal sensitivity as a reason for adverse events with patients.

Have a story tip? 9Wants to Know Investigator Chris Vanderveen can be reached at chris.vanderveen@9news.com.