The somber holiday tradition continued today at five sites where officers were killed. 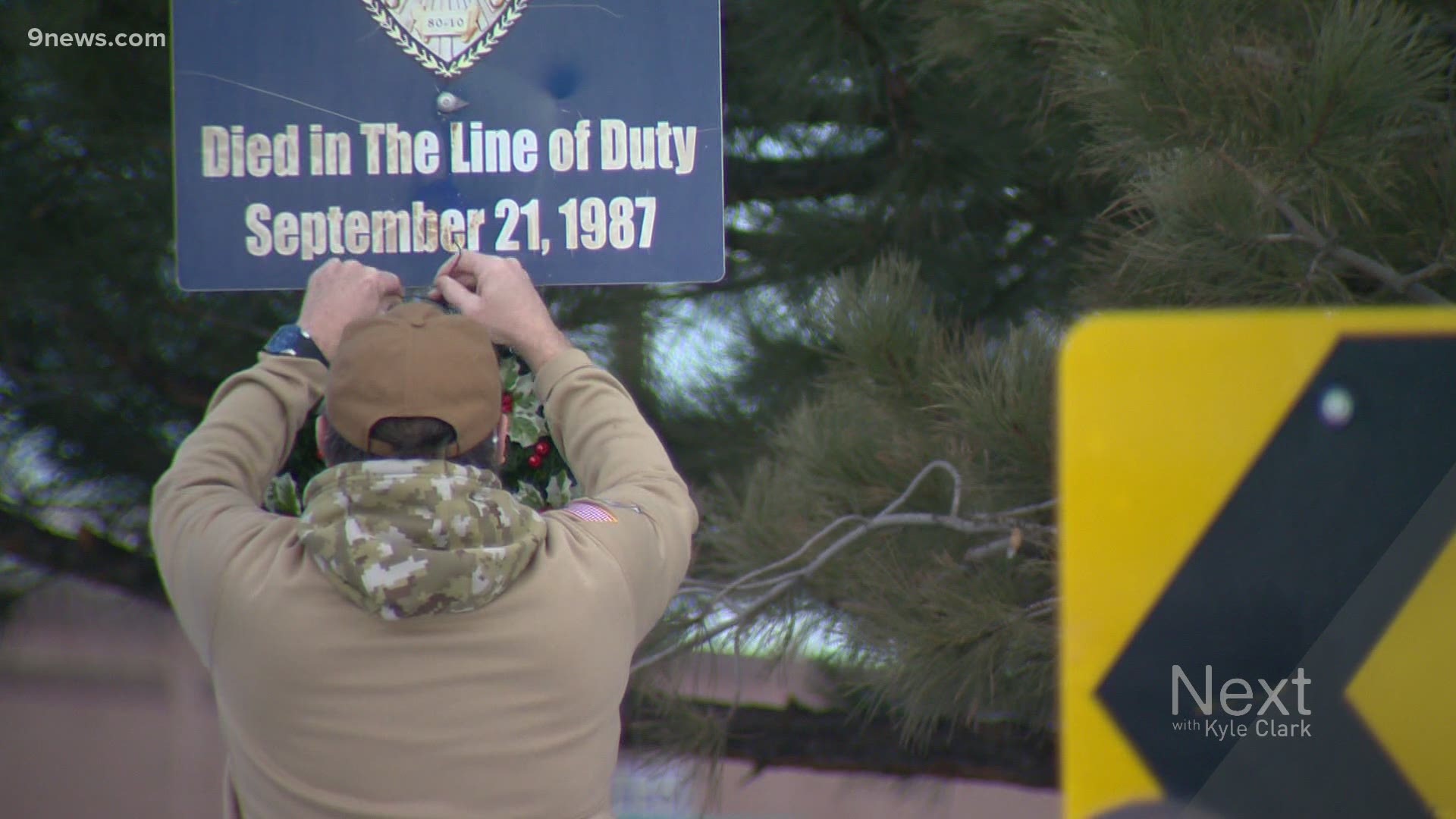 AURORA, Colo. — Over the course of its 71-year history, five Aurora Police Department officers have been killed in the line of duty — the first in 1981, the most recent in 2007.

Det. Michael Thrapp worked alongside four of the officers. Today, he once again kept his promise never to forget.

A 38-year veteran of the department, Thrapp was joined by several other Aurora police officers, both current and retired, placing holiday wreaths this morning at the sites where the five officers were killed.

"These are days that make you understand that you’re human and fallible," Thrapp said. "These are the days that remind you why you do the job."

The wreath-laying ceremony began in Aurora about 10 years ago, not long after Ofcr. Doug Byrne was killed in a car crash while responding to a call for a medical emergency. Thrapp said he still vividly remembers the days that each of his fallen colleagues was killed, especially the day that his good friend, Agent Edward Hockom, was gunned down.

"He loved to come to work, he loved to brag about his two sons and his wife," Thrapp said of Hockom, who was shot to death in September of 1987 after confronting an armed robber.

A few minutes after Hockom was shot, and after a car chase that ended on Interstate 270, the gunman was arrested, thanks in large part to Thrapp.

"I saw the vehicle and I ended up crashing into the suspect’s truck," said Thrapp. "The suspect was arrested and taken into custody at that point, and was later convicted."

But on this day of remembrance, Thrapp was quick to shift the focus away from his role in catching a killer 33 years ago and towards what he called the great sacrifices that his fallen colleagues made while serving the city of Aurora, sacrifices that Thrapp said should serve as a reminder to everyone who wears a badge.

"Every day they go out in their uniform, days like this do remind you that you might not go home that night," said Thrapp.