Garner's attorney released a video that she said shows the officers knew of her injuries and neglected to provide her with medical attention. 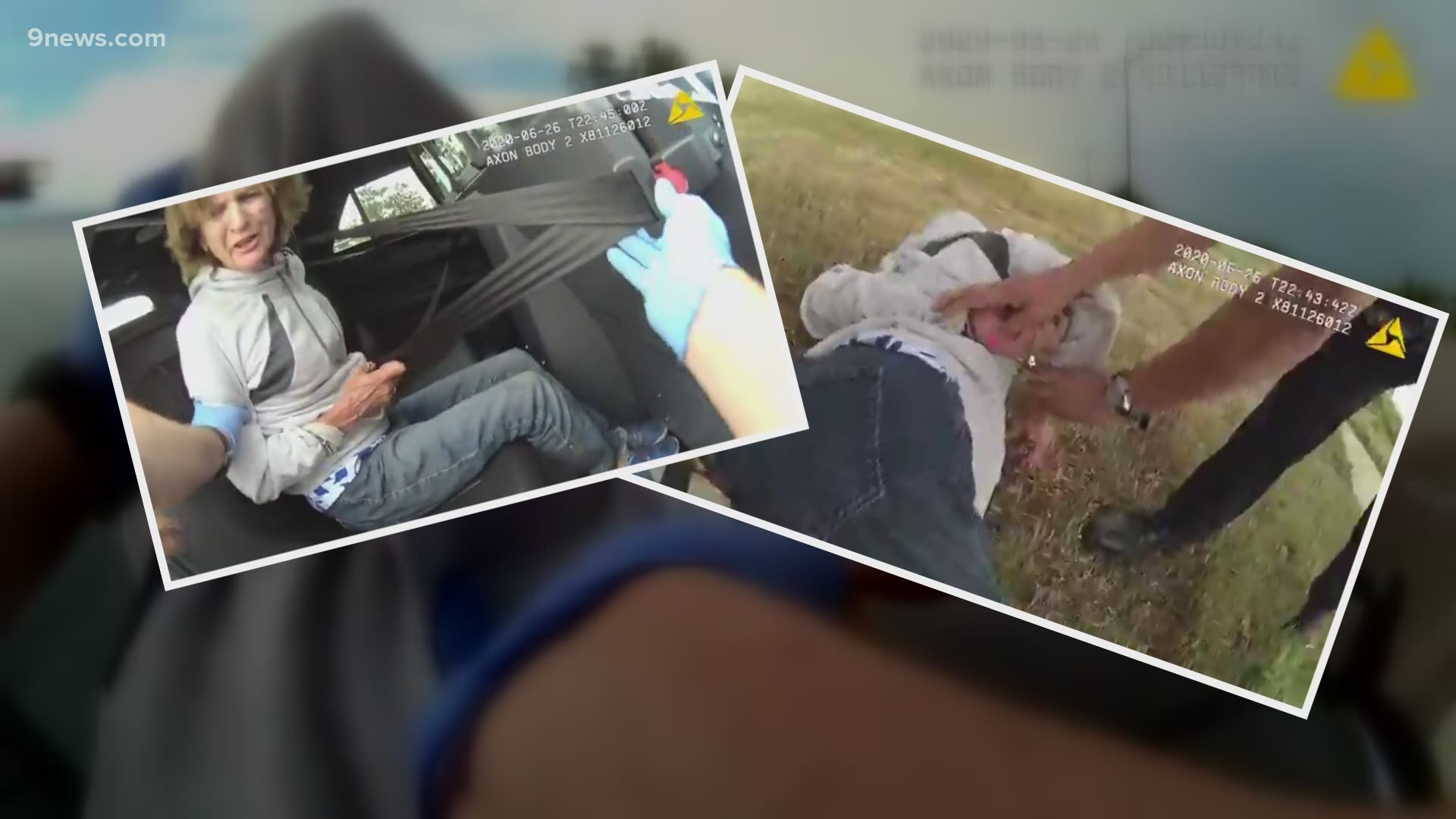 The news comes a day after Garner's attorney released a video that she said shows the officers knew of her injuries and neglected to provide her with medical attention.

The officers' initial report said Garner, who has dementia, was not injured. Her lawyer, Sarah Schielke, said the officers dislocated Garner's shoulder, broke a bone in her arm and sprained her wrist. Garner has now filed a federal lawsuit against the Loveland Police Department (LPD).

Schielke told 9Wants to Know that the new video shows a “Blue Team” report (which alerts LPD and creates an official record that force was used or an injury occurred) was made by the officers through their chain of command.

The LPD officers on administrative leave include:

Schielke alleges the video shows the three arresting officers watching body camera video of Garner's arrest, laughing and celebrating the excessive force, and fist-bumping the fact that one of the officers intimidated a citizen who stopped to make a complaint.

Tom Hacker, a spokesperson for LPD, said  Blackett was at the booking location where Garner was transported after her arrest and also engaged in the transfer of Garner to the Larimer County Jail.

"It's a really important thing for everyone to know that this is now a criminal investigation," said Hacker. "It's one that LPD asked for and the DA is taking it on Fort Collins Police, both working on this [investigation] and we hope that this investigation goes as expeditiously as possible and that we learn of the outcome very soon."

LPD publicly claimed earlier this month that they were unaware of the incident until the lawsuit was filed, nearly a year after the incident happened.

> Video below was provided by Garner's lawyer, who edited in the verbatim and the commentary at the bottom of the screen. 9NEWS has not been able to obtain the raw video.

She said she doesn't understand why the officers did what they did and said the incident has made her mother's dementia worse.

> Watch the full interview below:

Psychologist Kathi Fanning, who is the director of training for the Center for Trauma and Resilience, said that kind of reaction from the officers could be a sign of desensitization.

"Seeing horrible things that people do to each other every day really plays a part in that disconnect, and when that disconnect really happens, [that video is] what it looks like," Fanning told 9NEWS. 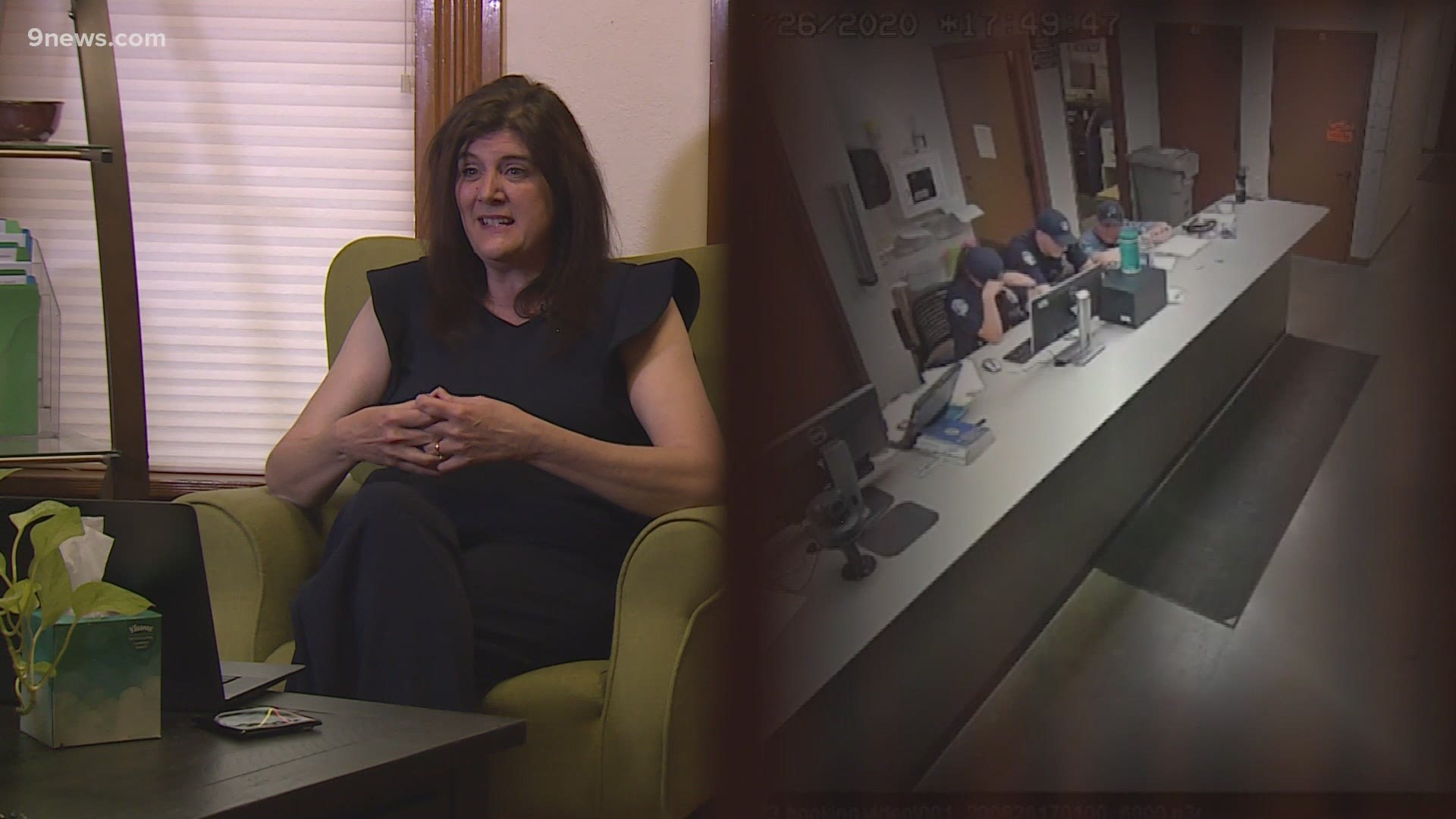 Fanning works in part with police departments, 911 call operators and officers who have been subjected to trauma.

"The longer trauma is not addressed, the more it gets almost cemented into who the person is and what their reactions are," Fanning said.

In a statement, Schielke said the new video evidence reveals an LPD sergeant knew Garner was injured and authorized the two other officers to keep her in a cell without medical evaluation or treatment.

The lawsuit says Garner had attempted to leave a Walmart with less than $14 worth of items she forgot to purchase. A statement from Walmart indicates that police were called only after Garner became "physical" with an associate.

According to LPD, the incident took place on June 26, 2020, but police said until this month; they had not received a complaint regarding "serious injuries" to Garner.

Since learning of the lawsuit and allegations in it earlier this month, LPD said they'd begun an investigation that will include "an examination of all images, documents and records" compiled in connection with the incident.

According to the lawsuit, Garner spent two hours inside an LPD jail cell and an additional three hours inside a cell at the Larimer County Jail.

Schielke said the arresting officers told the Larimer County Jail staff that Garner was uninjured despite obvious signs that she had painful injuries.

The Larimer County District Attorney's Office later announced there would be an independent investigation of the incident led by Fort Collins Police with help, as needed, from the U.S. Attorney's Office and the FBI.