An officer shot and killed Herkimer during a trespassing call in 2019, 9Wants to Know has learned. 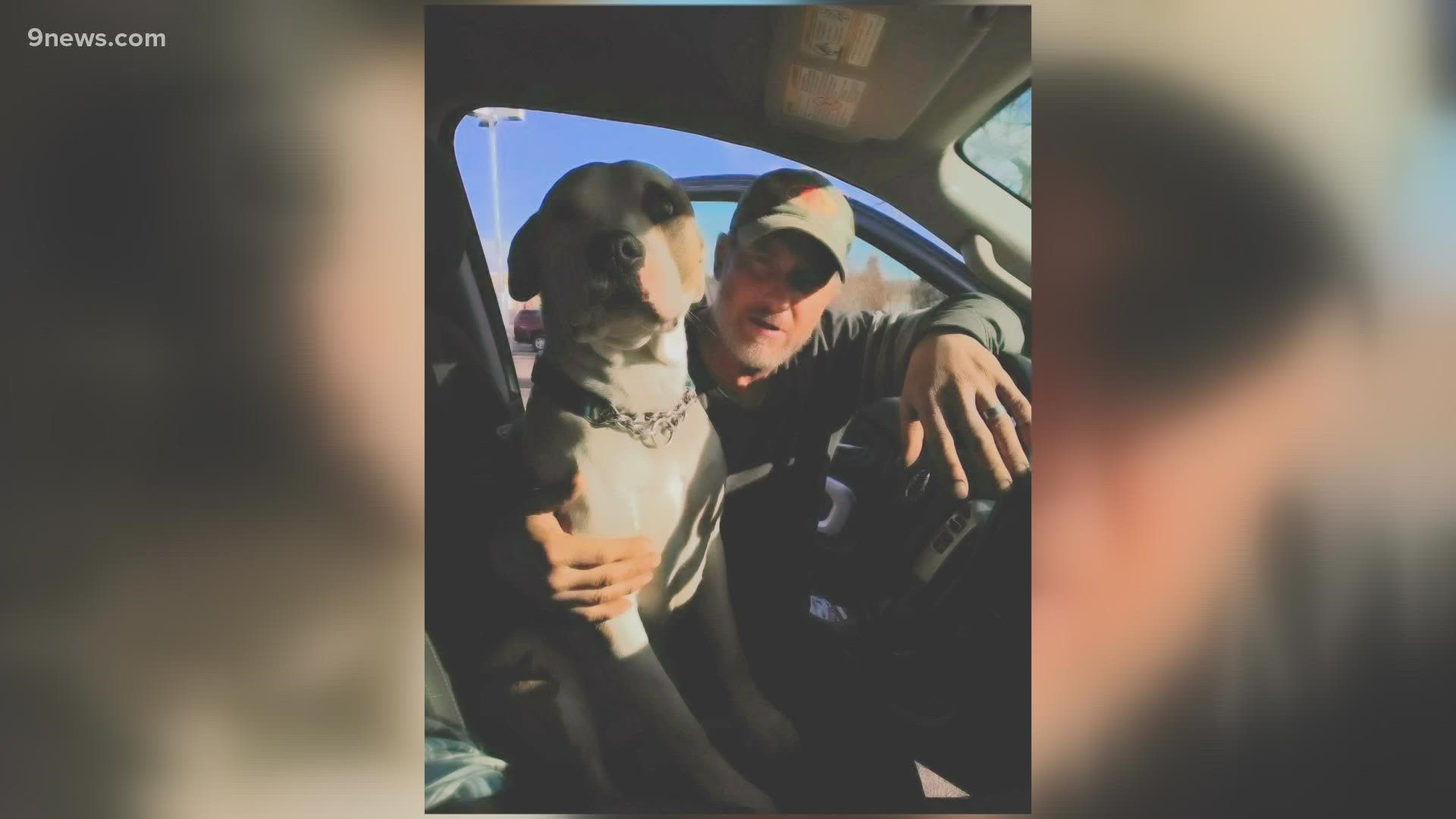 LOVELAND, Colo. — A Loveland couple is filing a lawsuit against police and the city after an officer shot and killed their 14-month-old puppy, Herkimer, while investigating a trespassing complaint in 2019, according to a lawsuit obtained by 9Wants to Know.

The shooting happened around 5 p.m. on June 29, 2019 in the parking lot of a vacant building in Loveland, the lawsuit says.

The lawsuit was filed by Herkimer's owners, Wendy Love and Jay Hamm.

"Wendy Love and Jay Hamm nearly didn't file this lawsuit due to how much grief reliving this event causes them," their attorney, Sarah Schielke, said in a statement. "But they had no choice. Because the only thing worse than seeing this video…is seeing it, and then doing nothing about it."

> Watch the body camera video below. Warning: this video contains graphic content that may be disturbing to some viewers.

Love filed a complaint with the police department in September 2019. Department leadership reviewed the incident and found no policy violations were committed, according to the lawsuit.

The officer who shot Herkimer, Mathew Grashorn, remains employed by the department, according to the lawsuit.

“This is obviously not just a training issue," Schielke said. "It’s not just a culture issue, it’s not just a hiring issue. It’s everything. This was a clearly friendly dog. There was no need for any of this. There was no need to ambush this family without warning. There were literally dozens of common sense alternatives to murdering this family's pet. But Grashorn didn't care to consider a single one. Worse than that, his entire chain of command at Loveland watched the video and commended his actions as justified."