Richard Moser, manager of the Riverside, was fined $1,000 and could have his business license suspended if he has another infraction within a year. 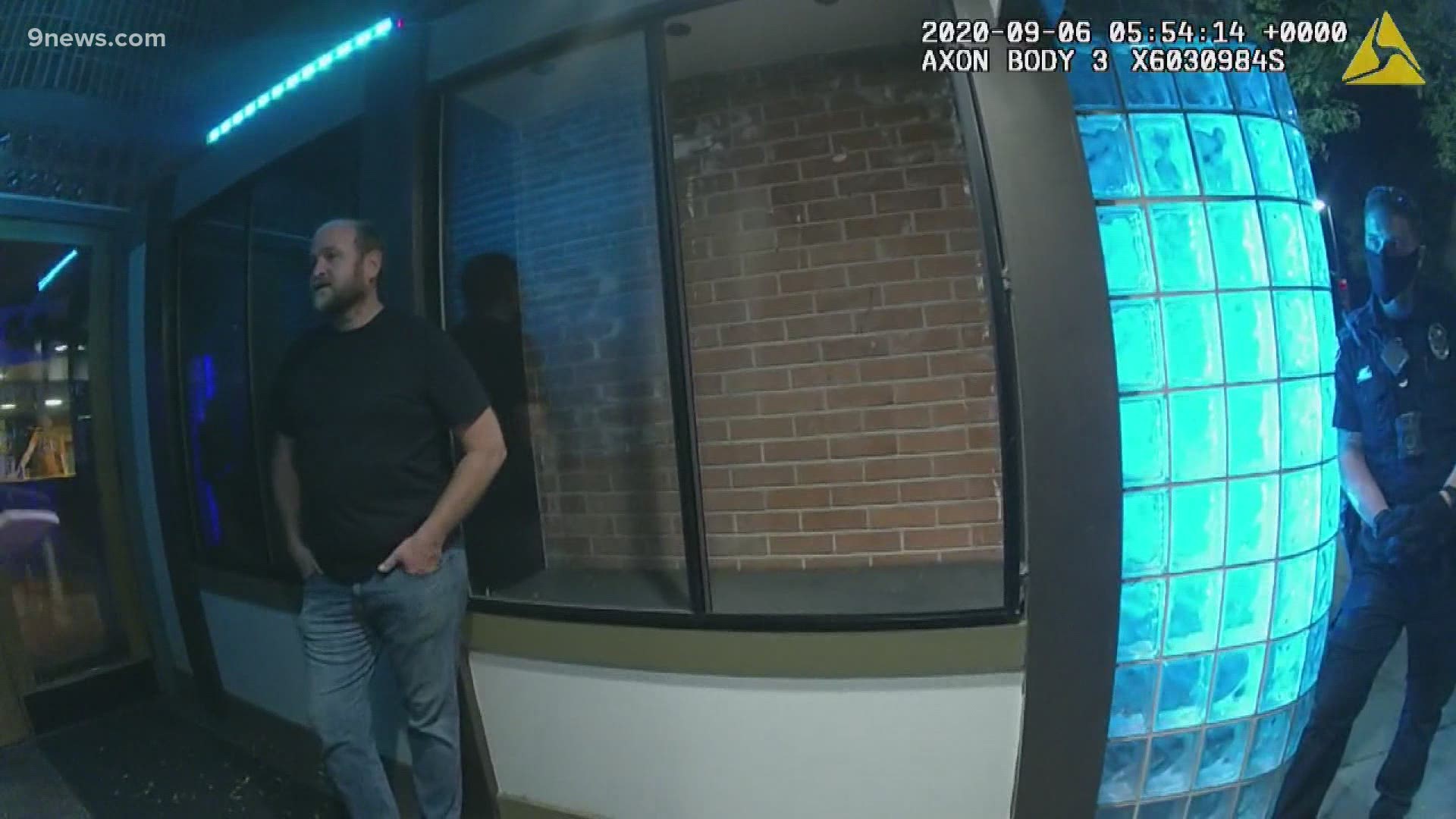 BOULDER, Colo — The manager of the Riverside, a Boulder event space, was fined $1,000 for violating a public health order after hosting dozens of people at an event with loud music on Sept. 5, according to Boulder County Public Health and court staff at the Boulder Municipal Court.

Body camera footage from three responding Boulder Police Department (BPD) officers obtained by 9Wants to Know briefly shows a crowded backyard filled with people. A thrumming beat can be heard as they approach.

“They’re jammin’,” one unnamed officer said while his body camera was rolling. “It’s packed in there.”

A flurry of movement is visible while the officer looks into the backyard, but a brick wall blocks most of the shot. A second officer goes to look, but his arm blocks the camera.

Richard Moser, the manager at Riverside, said on the tape that patrons were supposed to be wearing masks at the “Mask-erade” event.

“Yeah, I can only do that much,” he said on body camera footage captured by responding officers.

There were “approximately 40-50 or more patrons at large music gathering, no masks, no social distancing,” according to a copy of the citation issued by BPD.

A mix of people with and without masks can be seen on video leaving the business.

Moser did not return 9NEWS’ repeated requests for comment.

RELATED: Kiowa was only Colorado county with no COVID cases – until last week

BPD issued a citation against Moser for violation of a public health order and for a noise complaint. According to Colorado Secretary of State Business records, Moser is the registered agent for Riverside and has been since 2012. The address in business filings match the citation and website. A LinkedIn profile for Moser lists him as the director of the “Riverside Group” beginning in 2012. Moser describes himself as the “manager” while being interviewed by police.

The citation was upheld in court on Sept. 16. Shannon Aulabaugh, communications manager for the city of Boulder, said $400 of the fine was paid up-front and there’s a possibility for a week-long suspension of the business license. If Moser does not re-offend, he does not have to pay the other $600 or stop business for seven days.

“Our sentencing recommendation was structured to avoid future parties,” Aulabaugh said. “Boulder County Public Health has also been in communication with the promoter and received assurances that this will not happen again.”

Chana Goussetis, a spokesperson for Boulder County Public Health, said she thought the punishment was adequate.

“We were satisfied with this outcome and pursued no further enforcement,” she said. “Should further violations occur we will re-evaluate.”

Goussetis said in an email there are not any new COVID-19 cases tied to the event at Riverside. Colorado Department of Public Health and Environment data, accurate as of Sept. 23, does not list any known cases tied to that facility.